Hai Phong has many rivers flowing into the sea shaping the appearance of Hai Phong urban area today. Wherever you go, you can easily see the bridges bending like long arms, creating a strong figure of the City. Rao Bridge is the clearest historical evidence of the formation and development of the port city. Rao Bridge today has undergone many changes to put on a brand new appearance and is considered as a new symbol of the City with flamboyant petals spreading out to the gateways as if they are developing the full potential of a civilized and modern city.

The bridge with a long history: 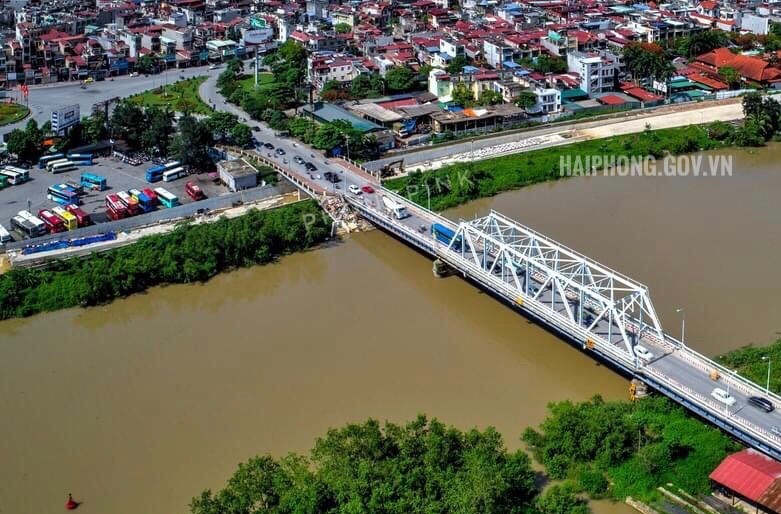 Rao Bridge was first built during the French colonial period, located on the route from Hai Phong to Do Son named Street No.14 (also known as Road No.353, or Pham Van Dong Street today). The bridge is made of iron with a length of 174 m, belonging to Rao village (nominal name of An Khe village), so it is named Rao Bridge. At the end of 1946, implementing the traffic facilities destroying policy for invader resistance, Viet Minh army stripped off all the decking boards and broke some horizontal braces. In 1947, the French colonialists repaired and placed blockhouses at both ends of the bridge for protection. In 1969, the bridge was again bombed by the US military. After 1976, Rao Bridge was rebuilt and inaugurated on January 28, 1980. However, on July 16, 1987, the bridge collapsed on the north abutment span, so it had to be demolished and rebuilt of iron with two lanes which was completed in 1989.

Over the past years, Rao Bridge has been a persistent traffict connector, being an important trade gateway of Hai Phong, contributing to the construction and development of the City at each specific time. The bridge used to be the only road connecting the city center with Do Son sea area, creating a rhythm for marine tourism development.

The bridge of a new city symbol: 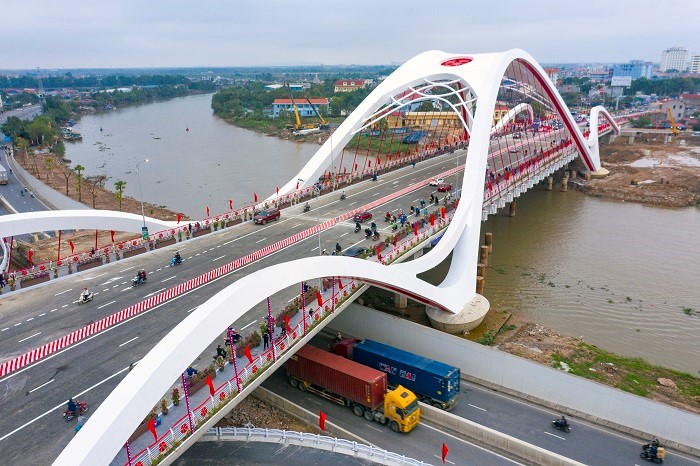 In spite of its valuable and meaningful value, Rao Bridge deteriorated after many years of operation and could no longer meet the increasing traffic volume these days during the city’s rapid growth with it merely 7m lane. Therefore, on October 13, 2020, the City People's Committee decided to ugrade Rao Bridge. It is now a trade gateway connecting directly with the highway system of Hanoi - Hai Phong, Hai Phong - Quang Ninh. 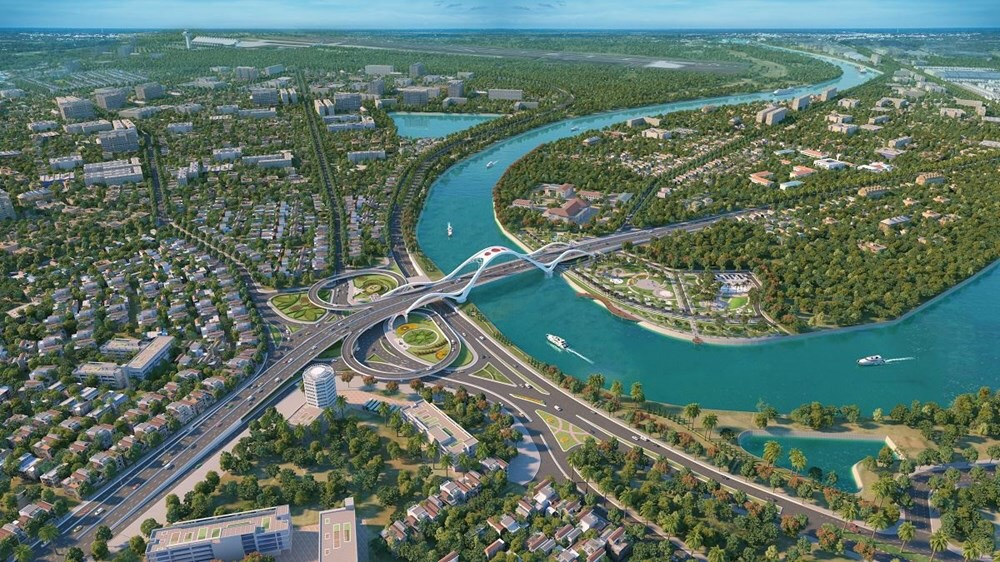 The perspective of Rao Bridge 1 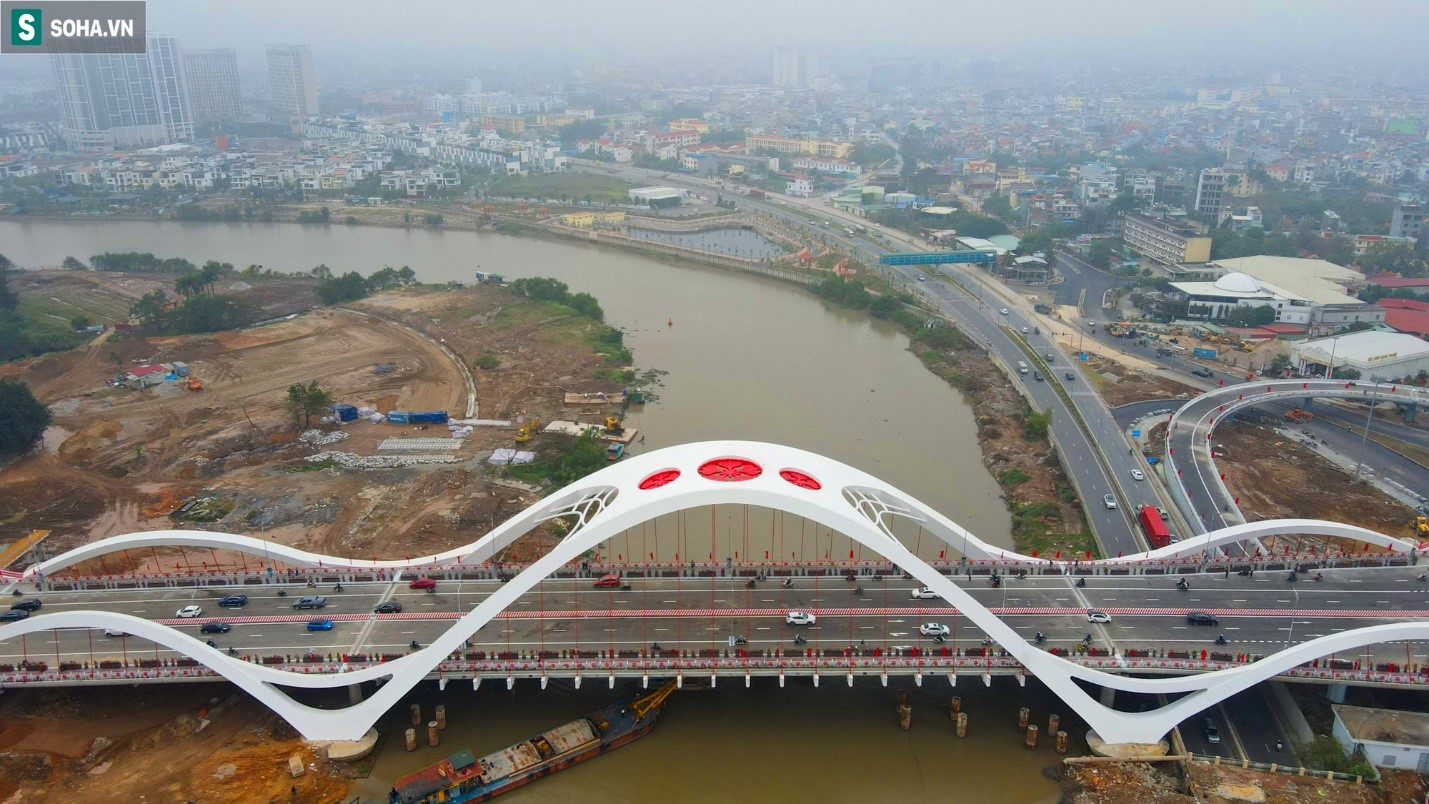 Close-up of flamboyant flower - A feature of Hai Phong City 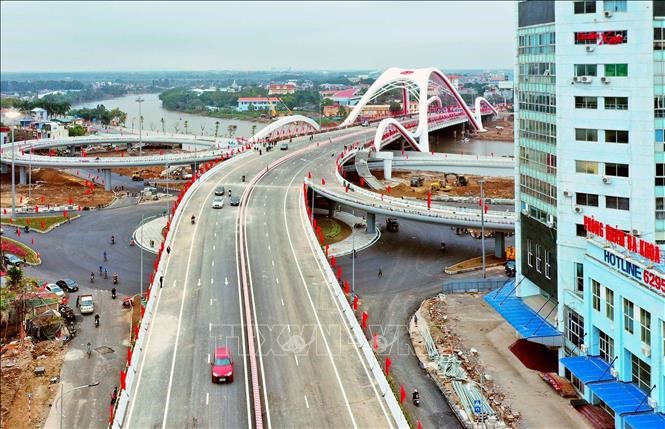 New Rao Bridge is a permanent structure built of steel, reinforced concrete, and prestressed concrete. The main bridge is about 456.5m long, and 30.5m wide, including 03 steel arches and 6 spans of hollow beams, with 6 traffic lanes. The branch bridges are 9.0m wide with 2 traffic lanes. The two ends of the bridge are parks and green trees. Modern synchronous lighting, art lighting, and traffic signs systems are installed bn the bridge arch, along the bridge and connecting streets . With a modern scale and architecture in the shape of 'The far-reaching waves', Rao bridge symbolizes the will and aspiration to rise of Hai Phong in maritime economic development. The bridge is also an architectural highlight, expanding the green landscape at the southern gateway of the City, contributing to the civilized and modern appearance of Hai Phong. 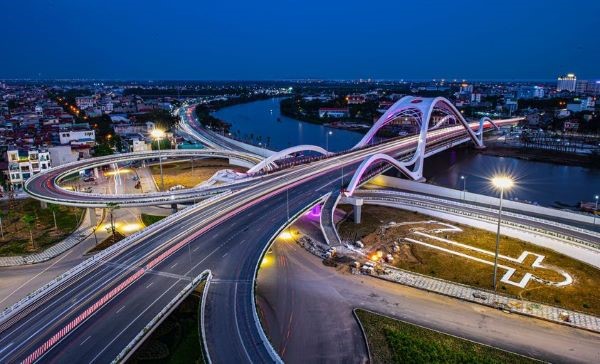 With a total investment capital of over 2,260 billion VND, the construction project of new Rao Bridge is among the key traffic projects of Hai Phong City in the period of 2021-2025, and has been basically completed after more than 13 months of construction despite the difficulties caused by Covid-19 epidemic. This clearly reflects the determining, decisive, enterprising characteristics of Hai Phong City to create new values for a rapid change.

For Hai Phong people, new Rao Bridge is a meaningful work that retains its historical value and at the same time has all the aesthetic and functional values as an architectural highlight in the Southeast gateway, helps to solved the problem of traffic congestion at the gateway of the City and plays an important role in promoting sea tourism for the socio-economic development of the City./.