Coming to Hai Phong, tourists are surprised and wonder why there is a range of fresh flower stalls with unique fusion of Western and Eastern architecture styles in the city center. To give an answer for this interesting question, let’s turn back the hands of time to 80 years ago.

Quán hoa was built and completed in 1944 according the policy of Đốc Lý Luciani (Đốc Lý is the equivalent of Mayor today) who was responsible for general design and Chánh lộ Gochiefor fine-art design (Chánh lộ is the equivalent of Director of Department of Construction today). Although being designed by Westerners, it still preserves the ancient Northern architecture with typical structures:4 ironwood pillars, sets of beams and rafters to constitute a solid framework which supports the roof; rooftop carved with 4-petal floral patterns (the petals spreading out to 4 directions: East, West, South and North); steep roof is curved at four ends, and its edges are decorated with high relief motifs; the roof is covered with “dragon scale” tiles. 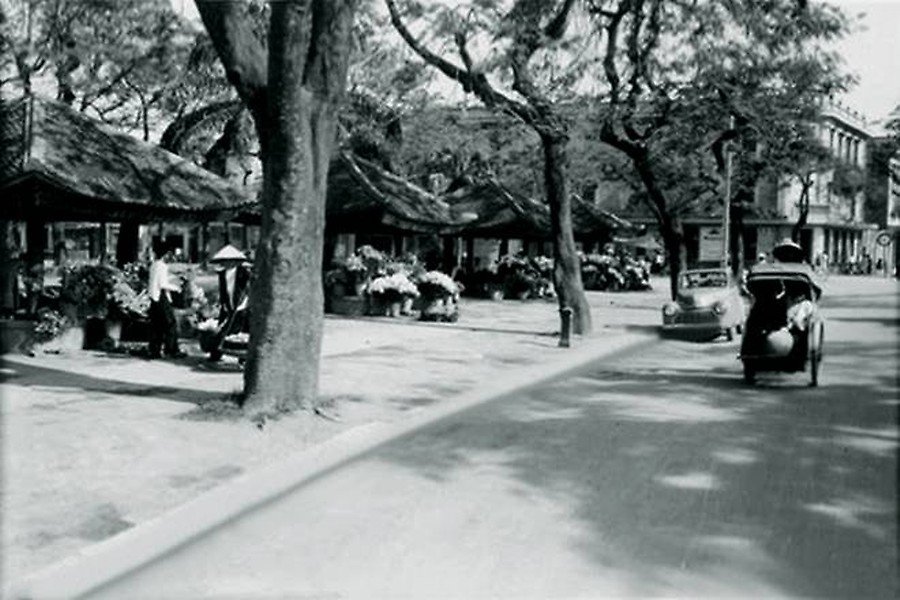 Quán hoa in the past (Photo: Collected)

Quán hoa includes of 5 consecutive stalls with total area of 300m2. Each stall occupies an area of ​​nearly 20m2 and about 4m height. The distance from one stall to another is 6m.

Quán hoa not only bears the imprint of the French in Hai Phong, but also recognizes the contributions of the local people. According to the story of Mrs. To Thi Bang - a small business, wood for pillars-making and paints were donations from Mr. Brousmiche - owner of a large pharmacy on Paul Bert Avenue (known as Dien Bien Phu Street today) and Mr. Nguyen Son Ha – a national capitalist, respectively. 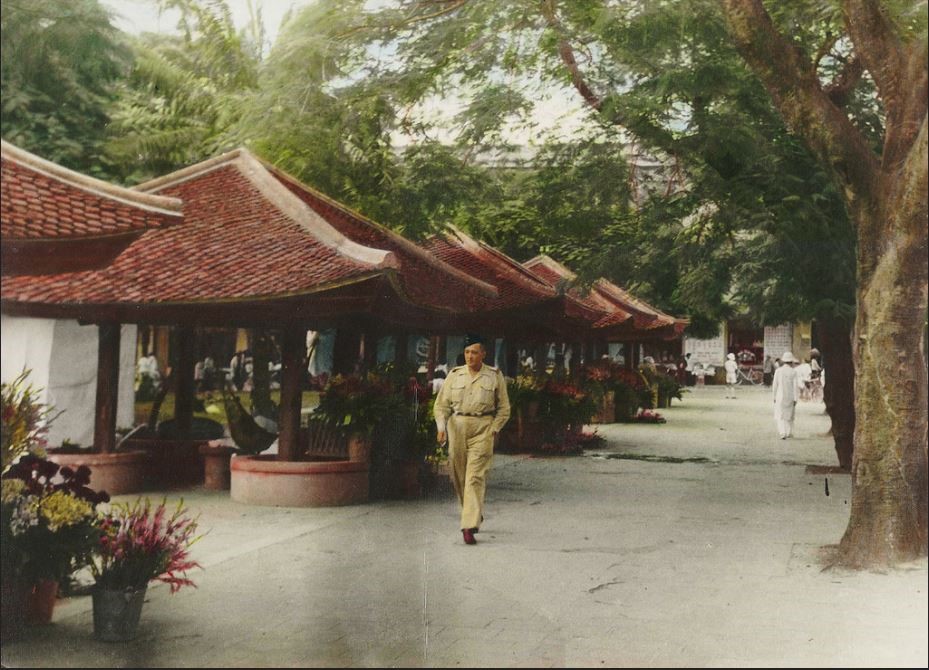 Quán hoa in the past (Photo: Collected) 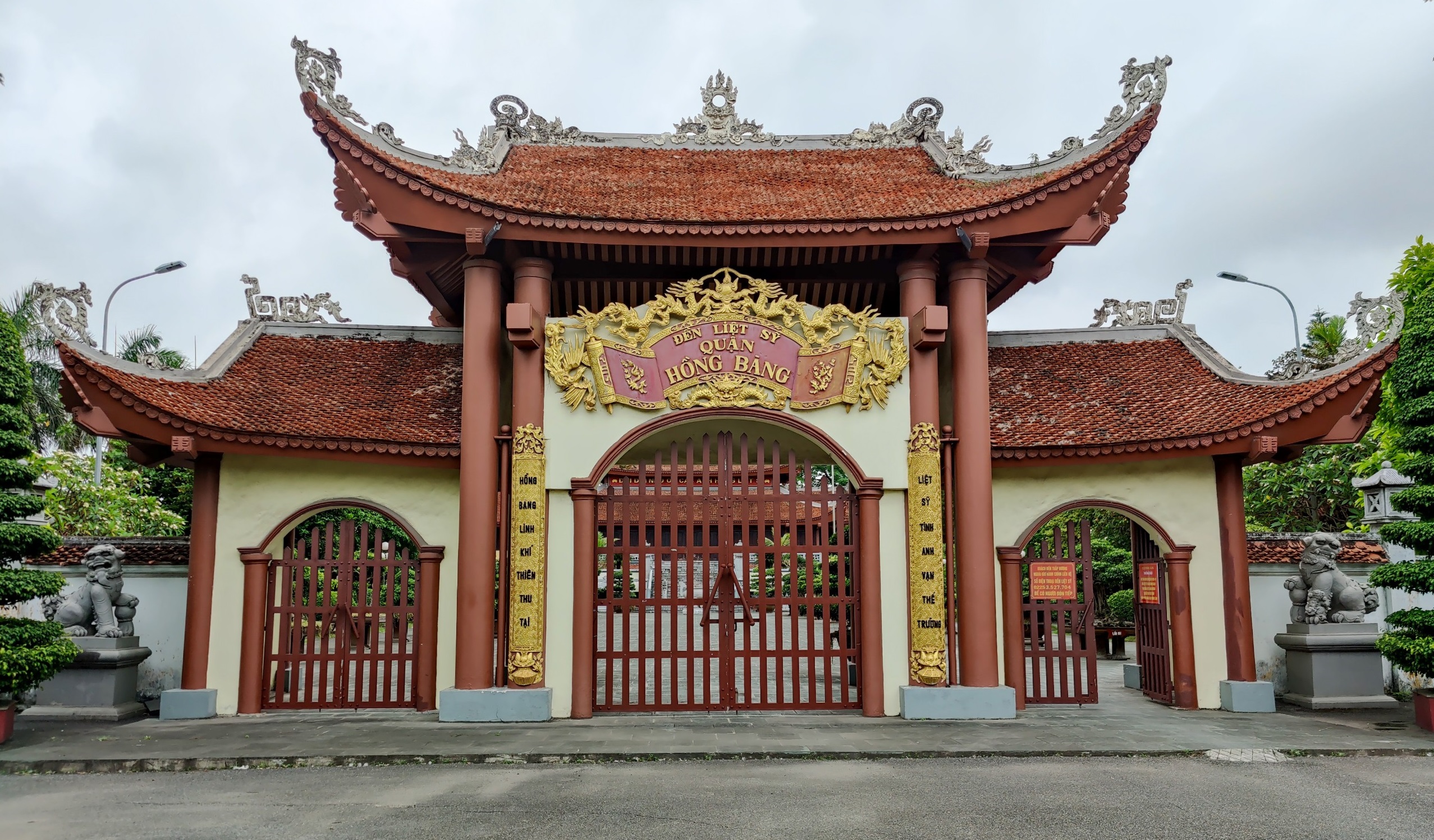 After the construction of Quán hoa was completed, small traders were invited to sell flowers and paid fees to the Government. Nearly 80 years have passed, this place has always remained peaceful, beautiful and colorful, contributing toadorn the city center. The range of flower stalls are located next to the City Opera House, creating a symphony of Eastern and Western culture and reminding Hai Phong people to remember their roots as passing through this place. 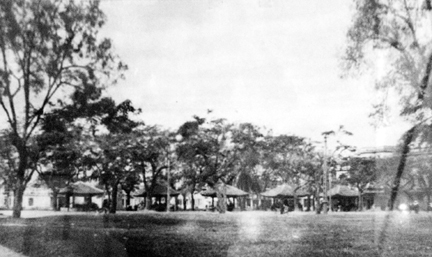 Quán hoa was located in the central flower garden before (Photo: Collected) 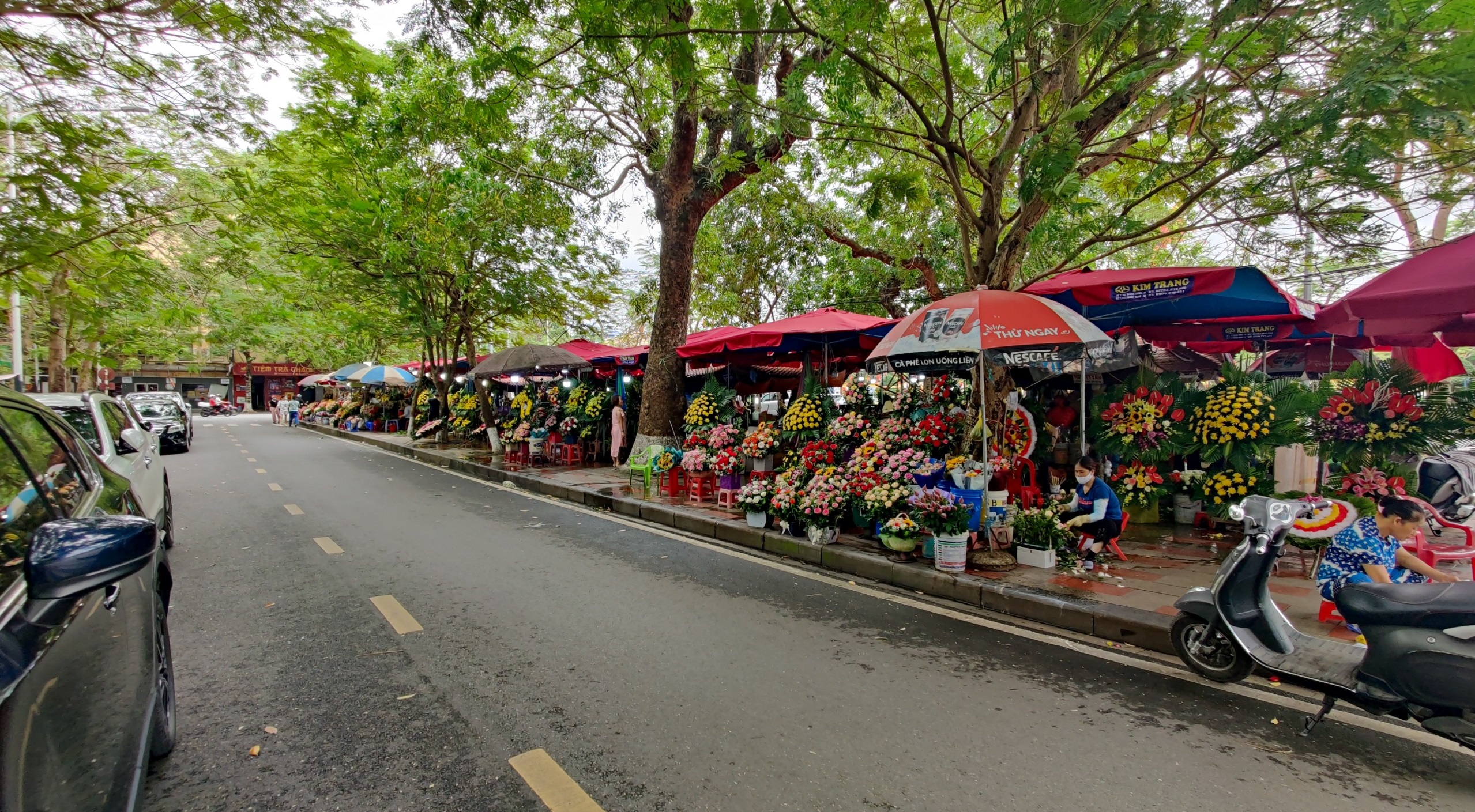 Since the 90s, Quán hoa has been arrangedin a separate range

Quán hoa are equipped with umbrellas

Over the years with various changes, Quán hoa has been restored many times. The roof structure has reduced its curvature, the umbrellas have been used to protect the stalls from rain and sun, thus partially hide the titled roof. 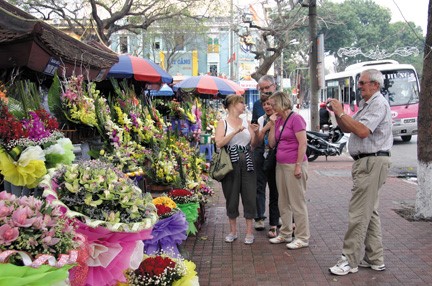 Nowadays, more and more flower shops are opened, giving customers many options to choose, but Quán hoa still remains as a reliable place for the citizens to buy fresh flowerseach holiday. 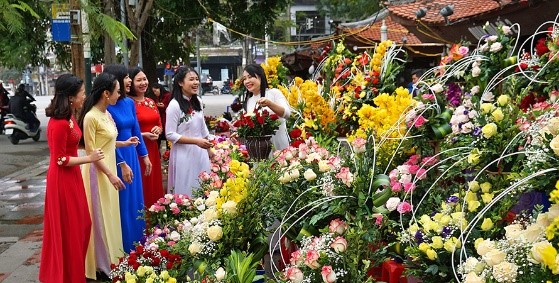 As time goes by, Quán hoa has accompanied with the city’s development, witnesed the ups and downs of history, been a stopover for many tourists and a unique beauty of Hai Phong city.