The second episode of the ‘Food Culture - Central Region Heritage Road' programme will be held virtually on August 14 to discuss ways to promote the typical cuisine of Vietnam’s central region. 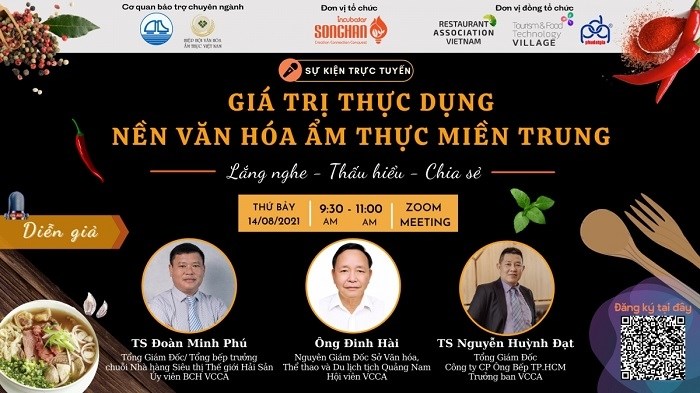 Hanoi (VNA) - The second episode of the ‘Food Culture - Central Region Heritage Road' programme will be held virtually on August 14 to discuss ways to promote the typical cuisine of Vietnam’s central region.

Following the first episode, which took place on July 16, the event will feature talks by members of the Vietnam Cuisine Culture Association (VCCA), the Nhan Dan newspaper reported.

The participants will discuss the barriers and difficulties facing culinary entrepreneurs, the cultural value of the central region’s cuisine, the differences in the spices and ingredients between dishes in the central region and those from other regions.

They will also suggest plans to develop gastronomy tourism and culinary culture for localities on the central heritage route.

According to Ly Dinh Quan, General Director of the Songhan Incubator, the event’s organiser, promoting innovation and creativity is the solution for the cultural and culinary industry in the Central region amidst the difficulties caused by the COVID-19 pandemic.

Modern technology will help food businesses streamline their operations, increasing the efficiency and scale of their business, he said.

Meanwhile, VCCA Vice President and General Secretary Le Tan stressed that strengthening the connectivity between the State, researchers, farmers and businesses will play a crucial role in promoting Vietnam’s cuisine, particularly in the central region.

He also called on cooks and culinary experts to find ways to preserve, process and modify dishes to suit the taste of diners from around the world./.