When it comes to Hai Phong, most people think about Cat Ba island or Do Son beach because Hai Phong is among the largest coastal cities in our country. On this sunny, windy, and salty land of the sea, there is also a peaceful and large space, filled with blooming fresh flowers, which is Ha Lung flower village. 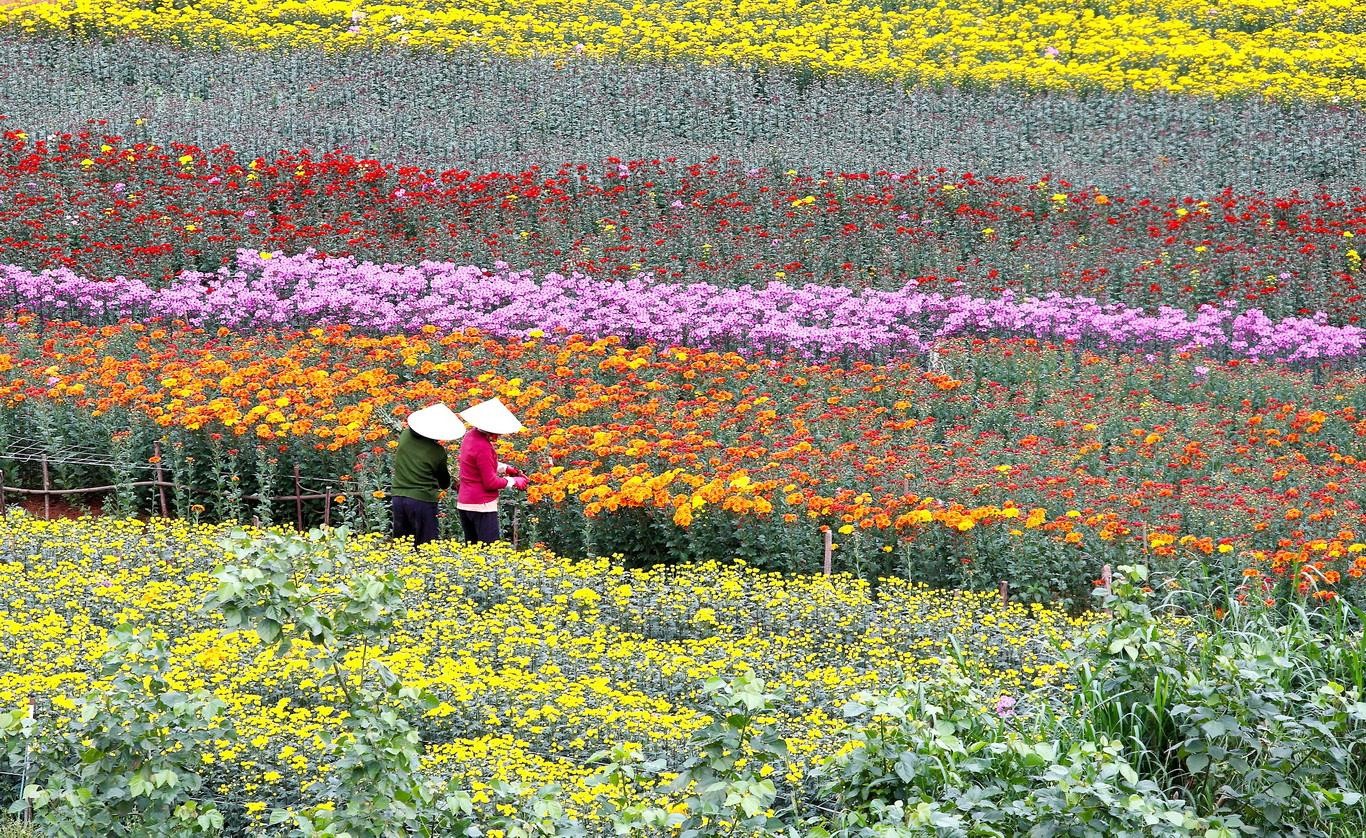 Ha Lung, located in Dang Hai Ward, Hai An District, Hai Phong City, is a famous traditional flower village of the North, which is listed in the top 10 most popular flower villages and gardens in Vietnam. The village was established hundreds of years ago and has welcomed many heads of state to visit such as the late General Secretary Truong Chinh, the late General Secretary Le Duan, and the late Prime Minister Pham Van Dong, etc. It is now an interesting tourist destination in the center of the port city. 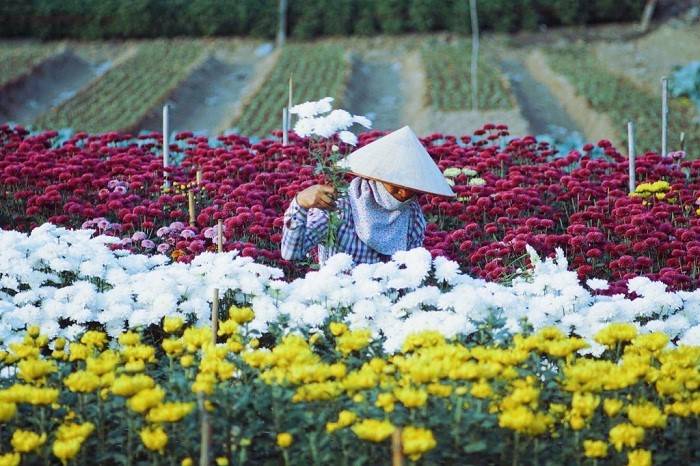 In the 80s and 90s of the last century, up to 70% of the whole village’s households grew flowers, in which its entire 150 hectares of agricultural land was used for flower planting. Ha Lung flowers are not only for the city people’s consumption but also for all localities of the country and export to other countries such as the Netherlands, Eastern Europe... Floriculture used to be the main job of many families, providing livelihoood for many generations of the village. Just walking to the gate of the village, we can already smell the scent of flowers mixed in the wind.

In recent years, the flower-farming land of the village has been gradually narrowed and subdivided by the process of urbanization and the competition of other suppliers. The village now has only about 30% of households planting flowers on a total area of 30 hectares, people also have to choose flowers more suitable for cultivating conditions and market demand. Every day, the people of the village are still diligently holding on to develop floriculture to new levels. 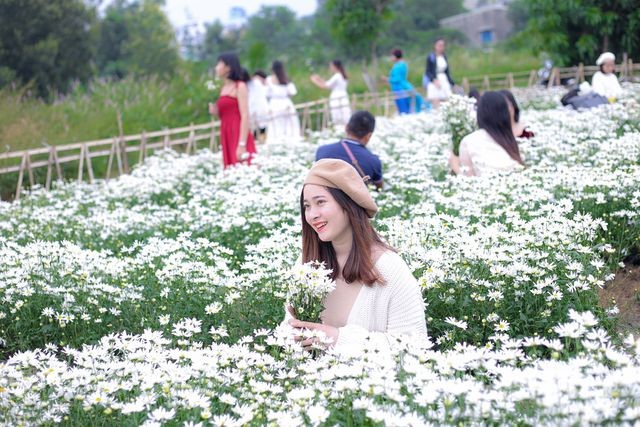 Ha Lung village from has been maintaining the night market as a unique cultural activity. In most weather conditions, when the City falls asleep, the flower market is bustling with lights, buyers and sellers all night. 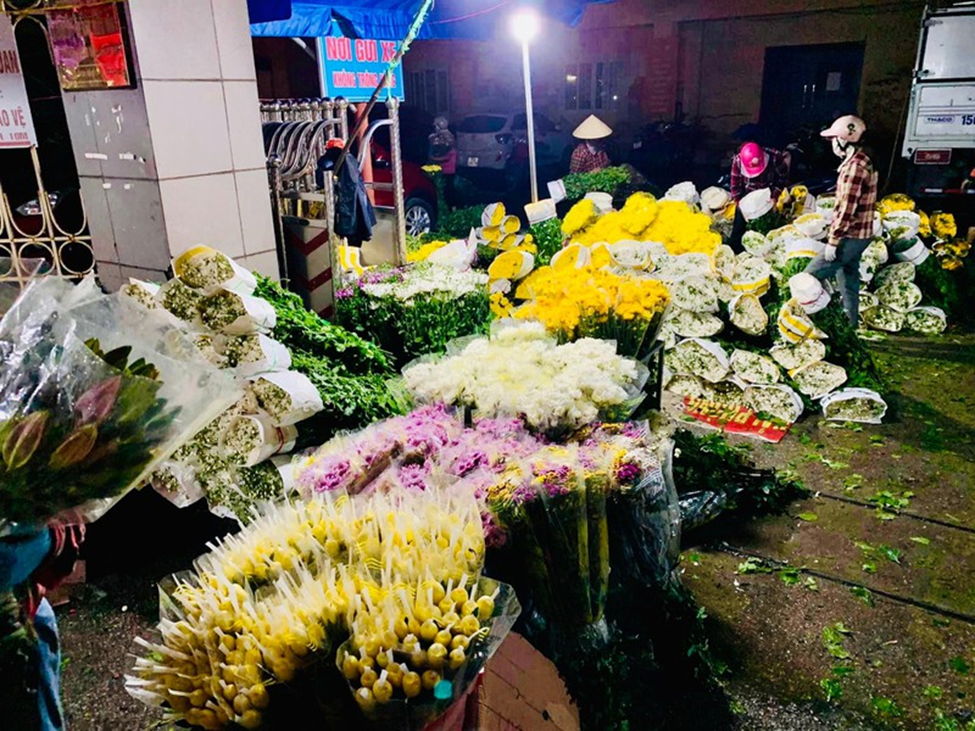 In addition to flowers from the village, the market also gathers flowers from other provinces and cities such as Da Lat, Sapa, Hanoi, Hai Duong, and other countries such as China, the Netherlands, and Japan..., with diverse designs, colors, and types of flowers. There are also many accessories, supplies, equipment, seeds, etc. for the planting, harvesting and preservation of flowers.

Ha Lung flower village not only keeps a part of the cultural quintessence and spiritual beauty of the traditional village but is also a place to attract the city people and flower-loving tourists to visit, buy flowers, check in, take photos,... The flower village has become an indispensable cultural feature in the modern life of the City, a bright spot to attract and develop tourism.