Located in a charming feng shui place with a vast space of rivers and clouds: Heading the Van Uc River, leaning on the dyke, fields, villages of Cam Khe, Toan Thang, Tien Lang, Gam Temple was built during the reign of King Ly Cao Tong to commemorate the merits of the famous general Ngo Ly Tin. This is a famous spiritual tourist destination, Tien Lang people have a saying: "Bi Temple takes the first place, Gam Temple takes the second place" to talk about the sacredness of the ancient temple. Some information about the talented general Ngo Ly Tin

According to Mr. Dang Anh Tuyet, Head of the Relic Management Board, Gam Temple is associated with the career of Thai Pho Ngo Ly Tin. He was a talented general who had many merits to serve the King and help the Country during the Ly Dynasty. According to ancient historical books, Ngo Ly Tin was born on January 20, Year of the Horse (1126) in Vinh Dong Village, Khoai Chau District, Son Nam Province (Hung Yen Province at the present), his father is Ngo Huy Hieu, and his mother is Dao Thi Phuc. 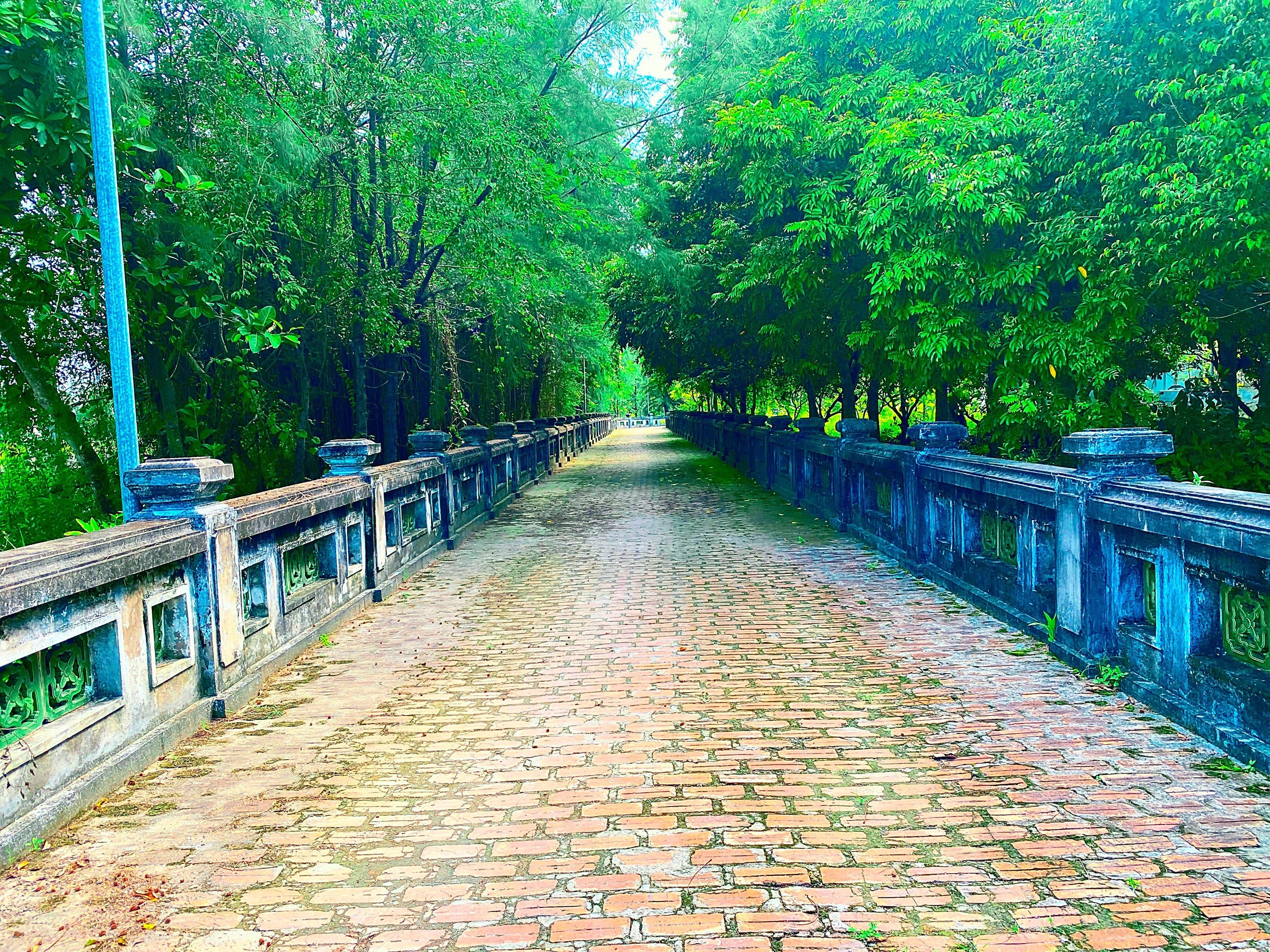 The entrance of the temple has two rows of trees shading all year round (Photo: Vu Loan)

In childhood, Ngo Ly Tin was taught by a famous teacher in Hai Duong. With a smart and hardworking personality, he was loved and respected by his teacher and friends. When he was 18 years old, his parents passed away. After mourning for his parents, he went to Cam Khe Village, Binh Ha District, Hai Duong Province (Cam Khe Village, Toan Thang Commune at the present) to open a school to teach literature and practice martial arts. During that chaotic time, robbers arising everywhere, drought, and crop failure, people's lives were extremely miserable, foreign invaders disturbed the frontiers, and the fate of the nation was in a dangerous circumstance. King Ly Anh Tong made a royal proclamation to look for talented people; Ngo Ly Tin applied for the enrollment, brought 30 young men of the village with him, and achieved many glorious victories.

Legend has it that in the peaceful country, the highest mandarin and his boat fleet with generals, soldiers, and servants came back to visit old Cam Khe Village. Unfortunately, on the way to the river section of Quan Trang - Van Uc, there was a big storm, and all his crew died because of boat sank. It was on October 9 of the Year of the Dog (1190).

Like a miracle, his corpse was brought by waves to Cam Khe riverbank, where he commanded soldiers to conquer foreign invaders and quell pirates. People mournfully took him to the burial ground at the site where he built a teaching house (the rear compartment of Gam Temple at the present) and they built a temple to commemorate the merits of the talented and heroic general. The front of the temple is covered with green trees to create a cool and airy space (Photo: Vu Loan) 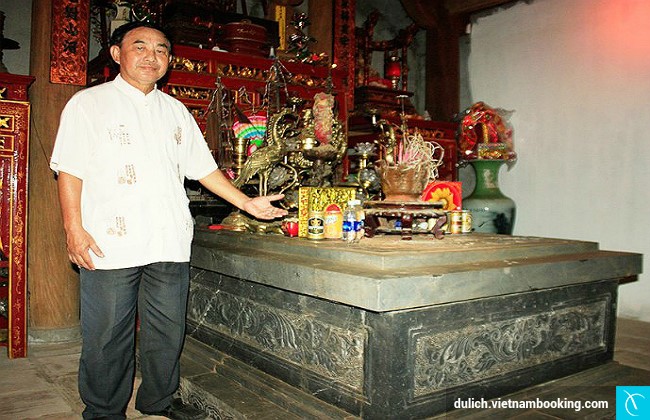 The tomb of Thai Pho Ngo Ly Tin in the rear compartment is only opened to visitors on special occasions (Photo: Collection)

The special thing about Gam Temple is that it still retains the tomb containing the corpse of Thai Pho Ngo Ly Tin, over hundreds of years, the tomb has been preserved by the local people and is considered as a sacred treasure of Cam Khe villagers. Tourists often come to worship, create merits to restore and embellish the temple more and more spaciously, to show their respect for the skillful general and talented scholar.

More than 800 years of an ancient architecture

Experiencing the ups and downs of times, through many restorations, until now Gam Temple still retains its ancient architecture. According to old people of the village, during the resistance war against the French colonialists, in 1953, when the enemy carried out a big battle against Tien Lang to expand and strengthen the "safety belt" of Hai Phong defense area, Gam Temple became the key barricades, contributing to the defeat of the enemy's plots, creating momentum to develop guerrilla warfare in the delta area. During that war, the system of architectural works of the temple was flattened, excluding only the rear compartment; the enemy did not dare to enter this compartment. 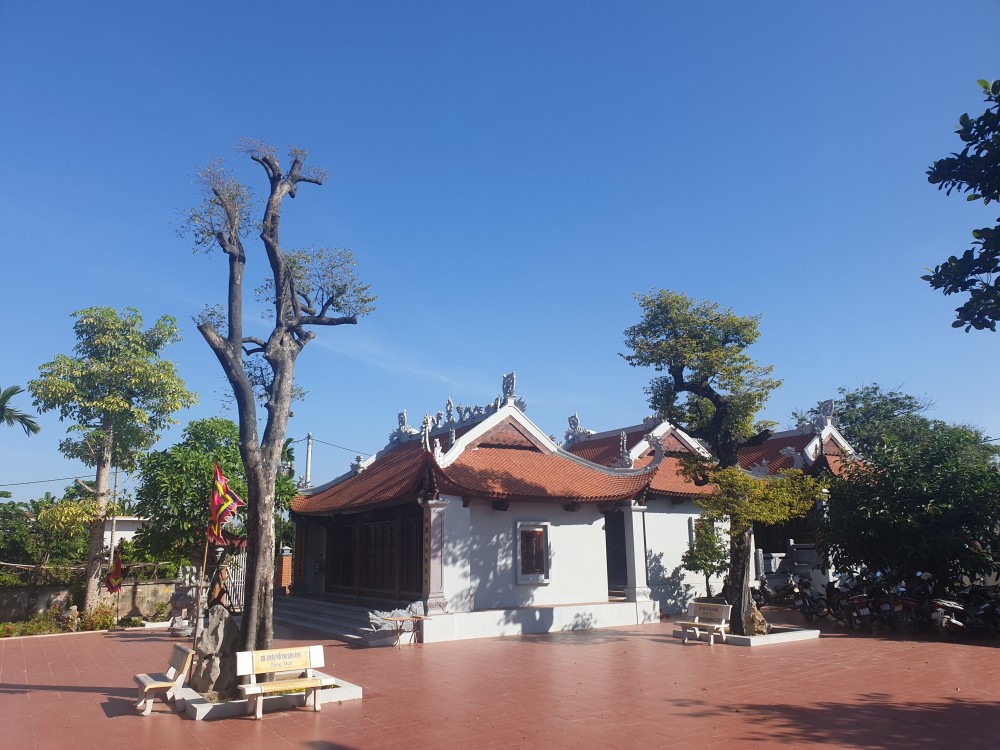 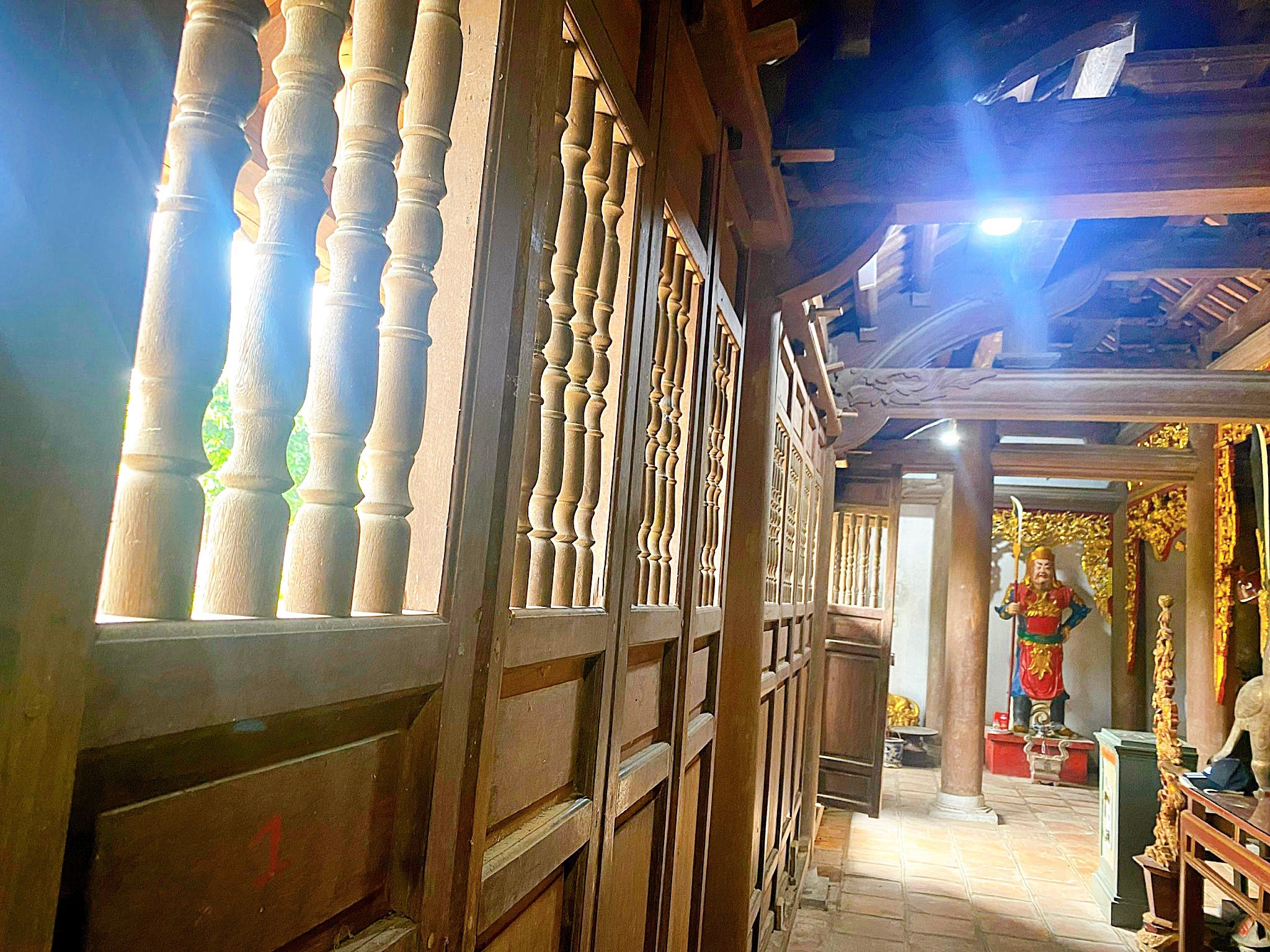 The doors of the temple are in the style of “cửa thùng khung khách”, the traditional design of doors (Photo: Vu Loan) The altar outside the main hall is decorated in a solemn way (Photo: Vu Loan) The space inside the temple is decorated with wooden trusses with the style of “thuận chồng, đốc thước” - “same direction arrangement fixed by tendons at pillar tips” with architectural characteristics of Ly Dynasty (Photo: Vu Loan) 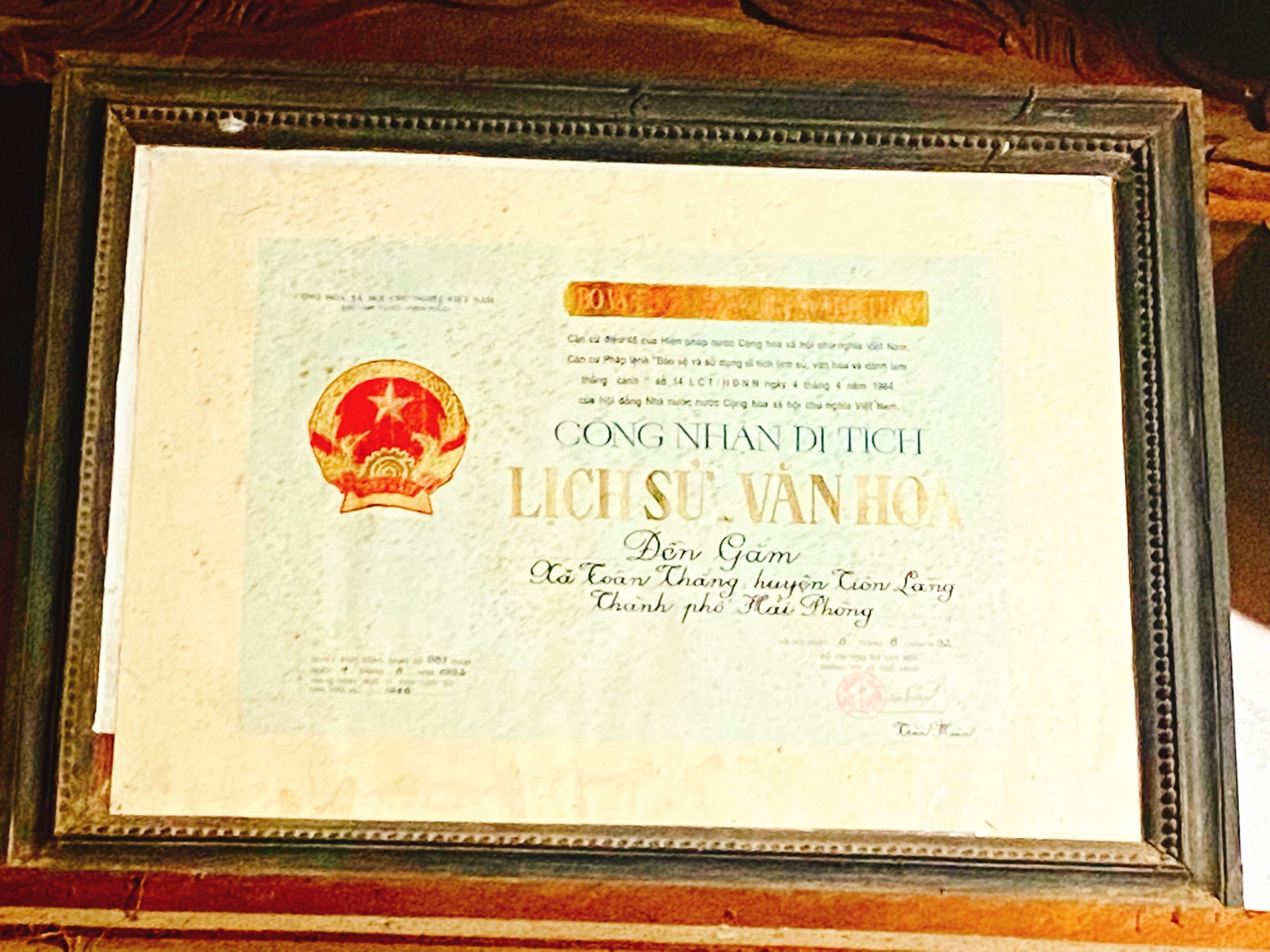 Gam Temple was recognized as a national historical relic in 1992 (Photo: Vu Loan)

In 1992, the temple was recognized as a national historical relic. In 2010, on the occasion of the 1,000th anniversary of Thang Long - Hanoi, the temple was invested more than 20 billion VND to restore some architectural items. Mr. Tuyet shared the main items in the temple such as the front-offerings compartments, the middle compartments, and the rear compartment have been renovated and embellished spaciously and stably. Some items such as ritual halls, stele houses, display areas, reception areas, and surrounding fences... were restored, or newly built. 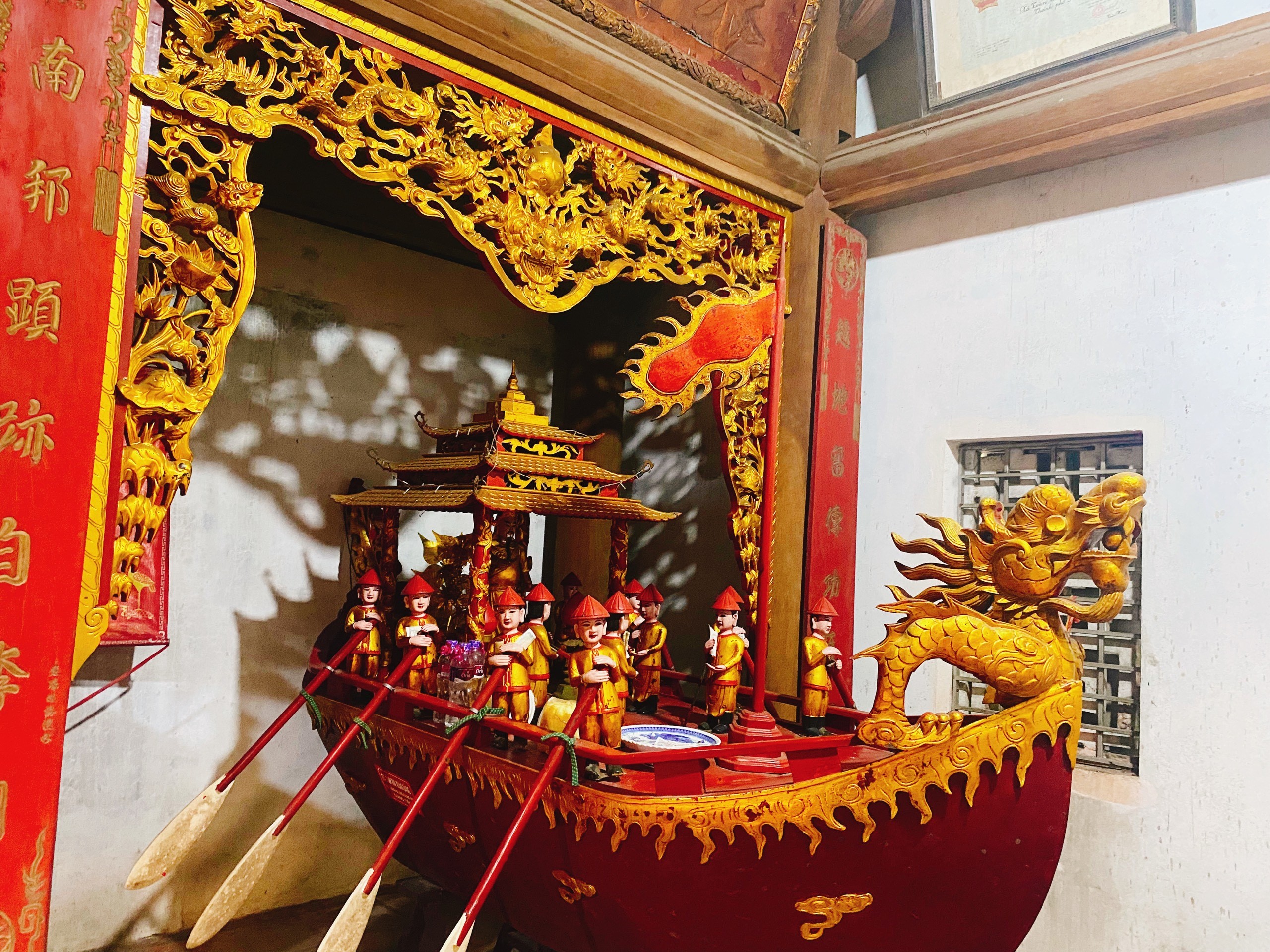 The dragon boats retrace the images of Thai Pho Ngo Ly Tin defeating the enemy and coming back to his homeland (Photo: Vu Loan) 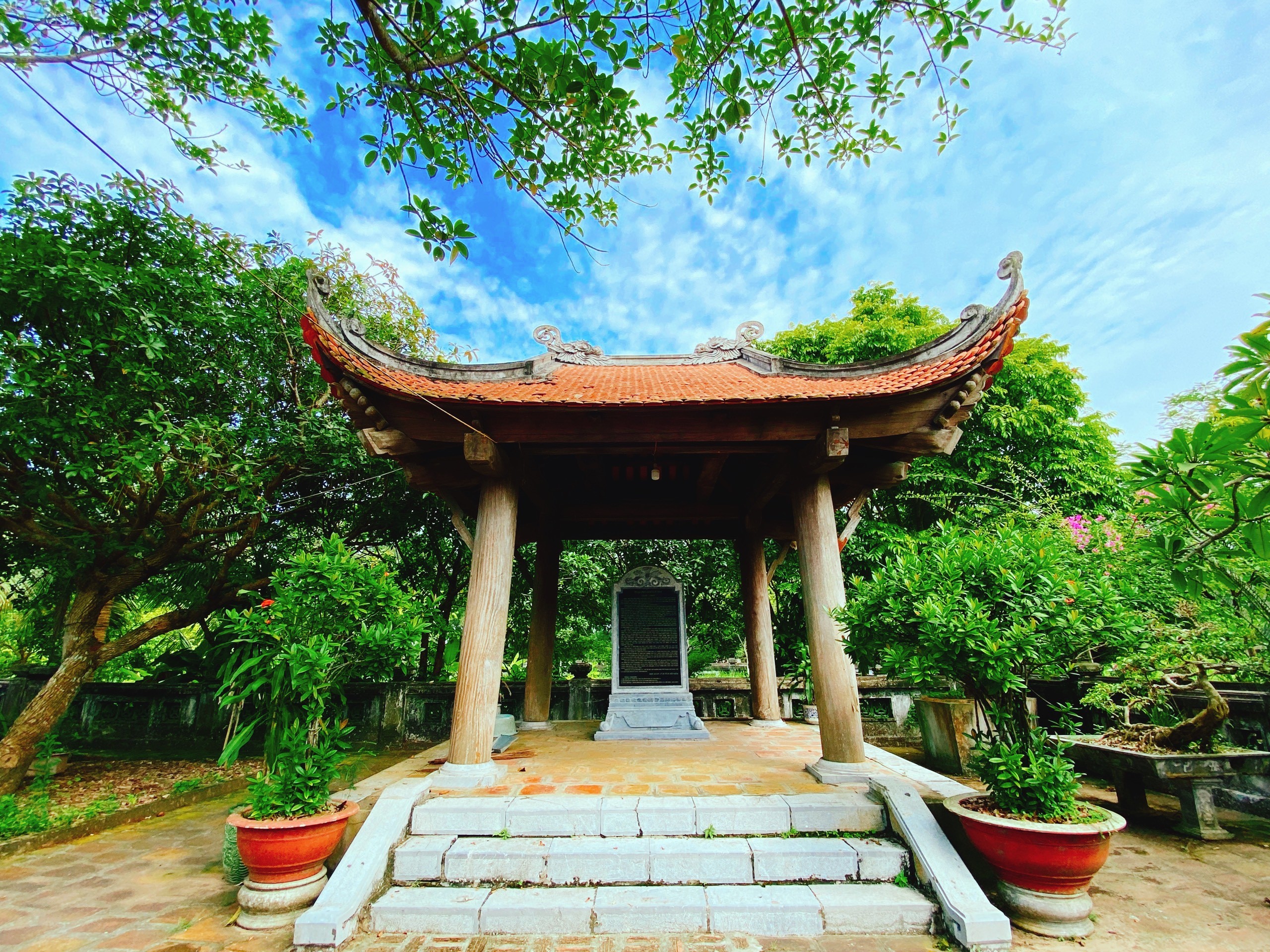 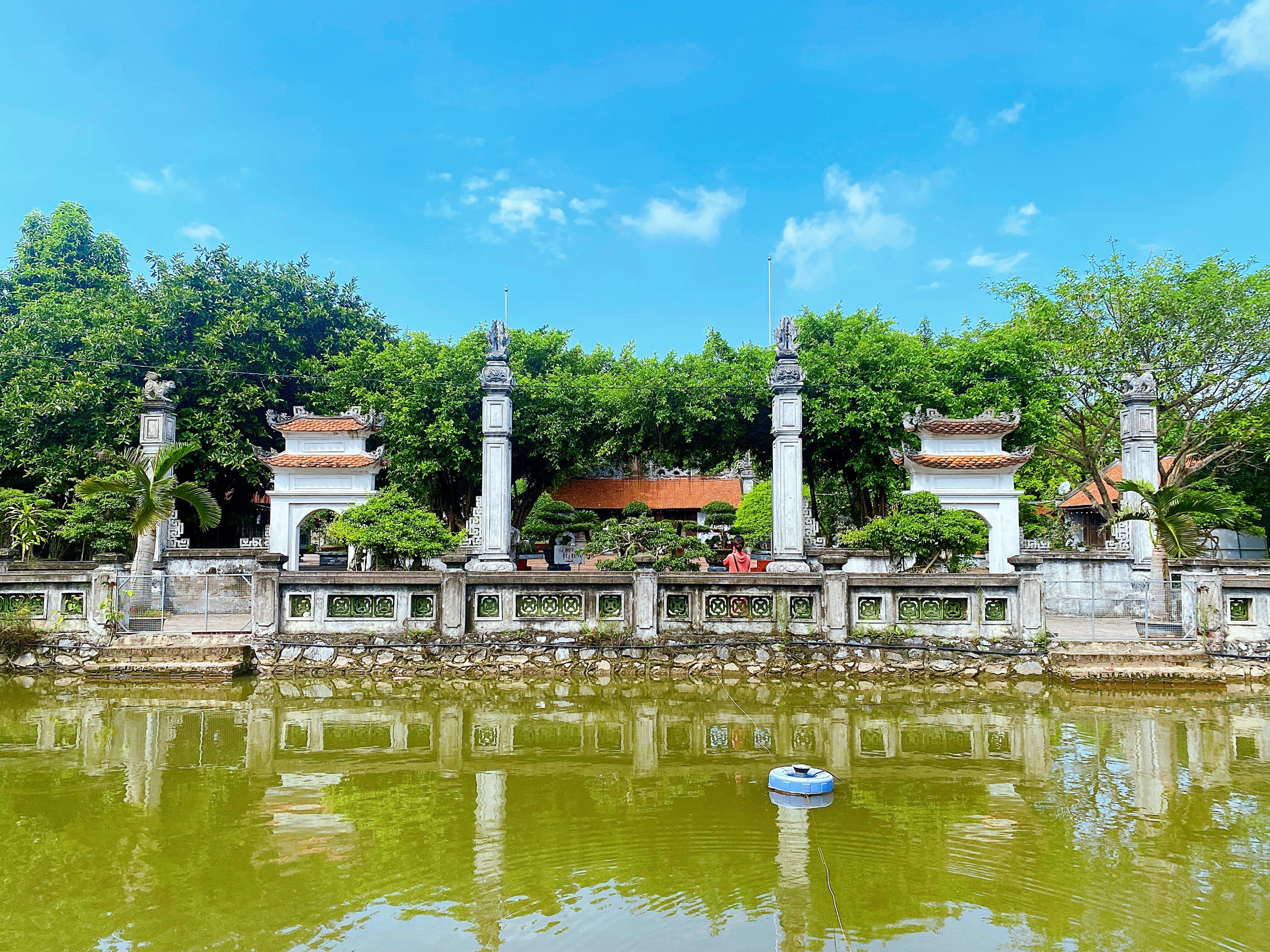 The rustic features of the temple in the peaceful countryside (Photo: Vu Loan) 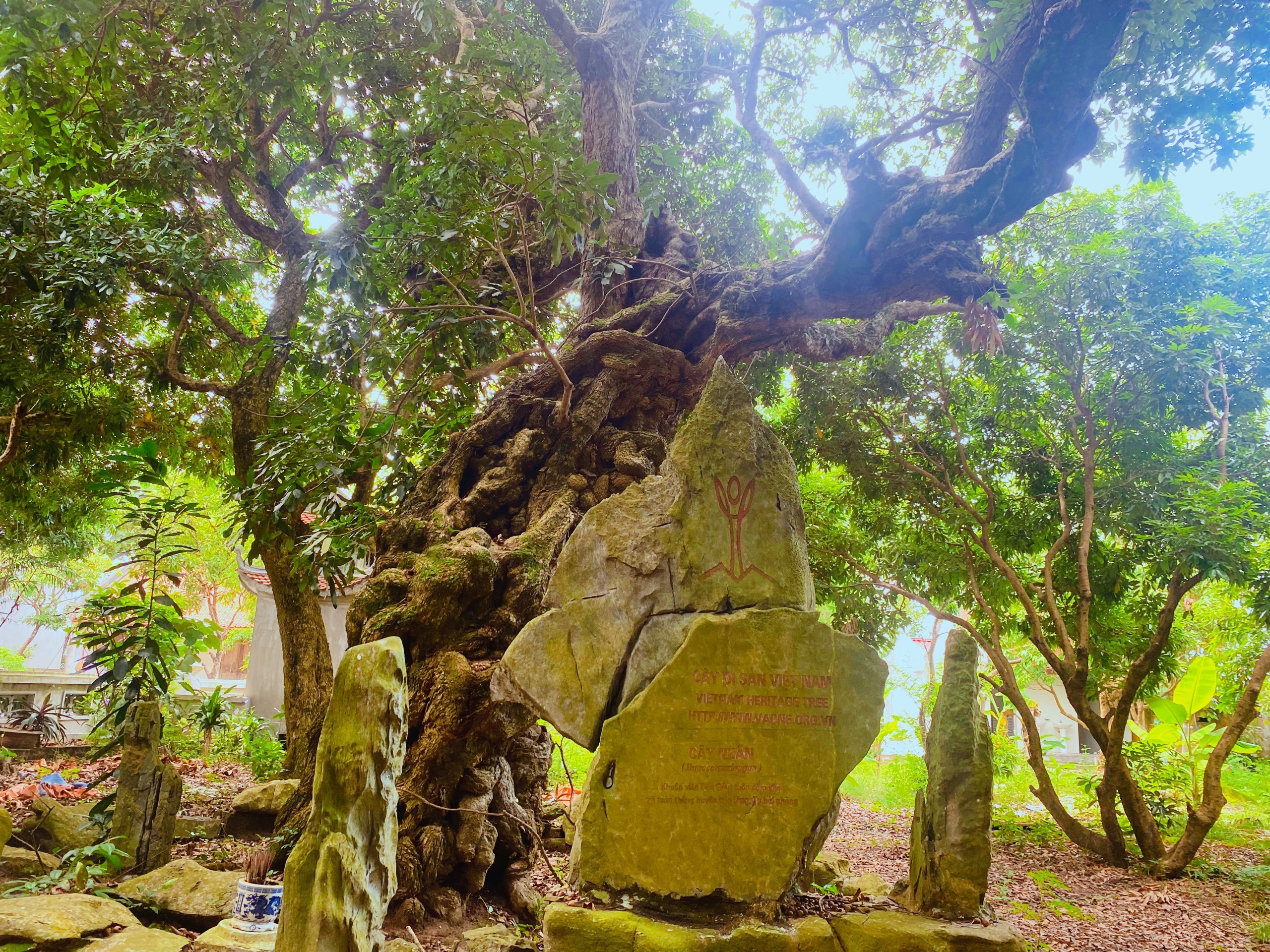 The hundred-year-old longan tree in the temple area is recognized as a Vietnamese Heritage Tree (Photo: Vu Loan)

All structures are placed in a harmonious area, creating a space for cultural activities with gentle spiritual beliefs with river landscapes, and verdant trees to increase the tranquil space of the temple.

The festival of Gam Temple

Many people and tourists from all over the country come to participate in the festival (Source: Collection)

Gam Temple festival is held annually on the three days of January 18, 19 and 20. The ceremony part is always organized solemnly with full of traditional rituals, while the festival part is specified with the folklore of the Northern Delta including traditional games: Wrestling, tug of war, cock fighting, swinging, etc. The festival is an opportunity for the next generations to remember the great merits of Thai Pho Ngo Ly Tin, remember the previous generation of ancestors, and demonstrate efforts to maintain and preserve the unique folklore values of the peaceful countryside.

Having spiritual significance, great location, and natural scenery with the features of the Northern Delta countryside, Gam Temple is not only a national relic of historical, cultural, and artistic value, but also one of the unique eco-tourist destinations of Hai Phong city, attracting a large number of tourists from all over the country. Gam Temple, in collaboration with 4 communal houses and sacred temples of Tien Lang District, has become a unique rural ecological and spiritual tour, meeting the needs of the festival journey of many tourists.