Cat Ba among top 11 national parks in the world

BuzzFeed, a popular American news site with 9 billion monthly views, recently published a list of 11 national parks that travelers should visit once in their lifetime. Vietnam has a representative in the list – Cat Ba national park. 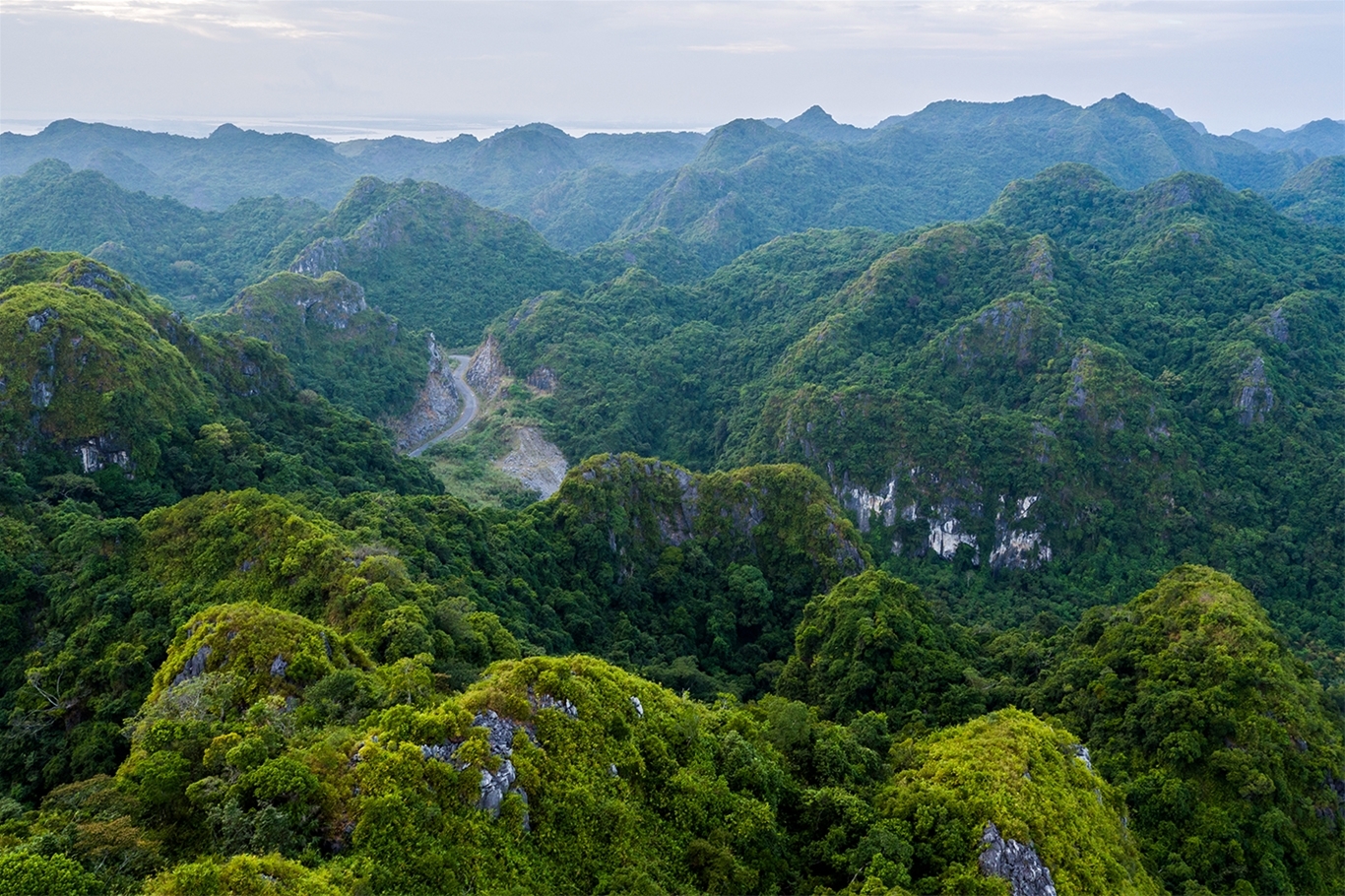 The Park is situated in the Cat Ba Archipelago which consists of 366 islands. It is about 45 km east of Hai Phong City, 150km south - east of Hanoi and borders with Ha Long Bay to the north.

Cat Ba National Park is at the heart of the UNESCO Cat Ba Archipelago Biosphere Reserve and it shares the distinctive scenic beauty of the Ha Long Bay Area, a UNESCO World Heritage Site. The Park is also home to diverse range of terrestrial and marine life.

Cat Ba National Park is a tourist attraction to millions of domestic and overseas visitors. Coming to the Park, travelers can enjoy the beauty of the vast landscapes and seascapes. Visitors can choose to relax on isolated beaches in Lan Ha Bay, trek through primeval tropical rain forest or mangrove forest, discover many unique animal and plant species, and immerse themselves in the local culture.

Göreme National Park is one of those incredibly unique landscapes that might make you think you've landed on another planet. It's set in a volcanic area in central Turkey, and it covers the spectacular stone pillars and fairy chimneys of Cappadocia. If you're feeling brave (and not too afraid of heights) the best way to take in the landscape is by hot air balloon ride. Zhangjiajie National Park is located in the central-eastern area of China in the Wulingyuan Scenic Area which features multiple protected areas. The national park encompasses an area of 48.15 sq km. Victoria Falls is a UNESCO World Heritage Site recognizing this feat of nature as the largest waterfall in the world. The falls reach a height of 108m and stretch across 1,708m creating the largest single sheet of falling water. 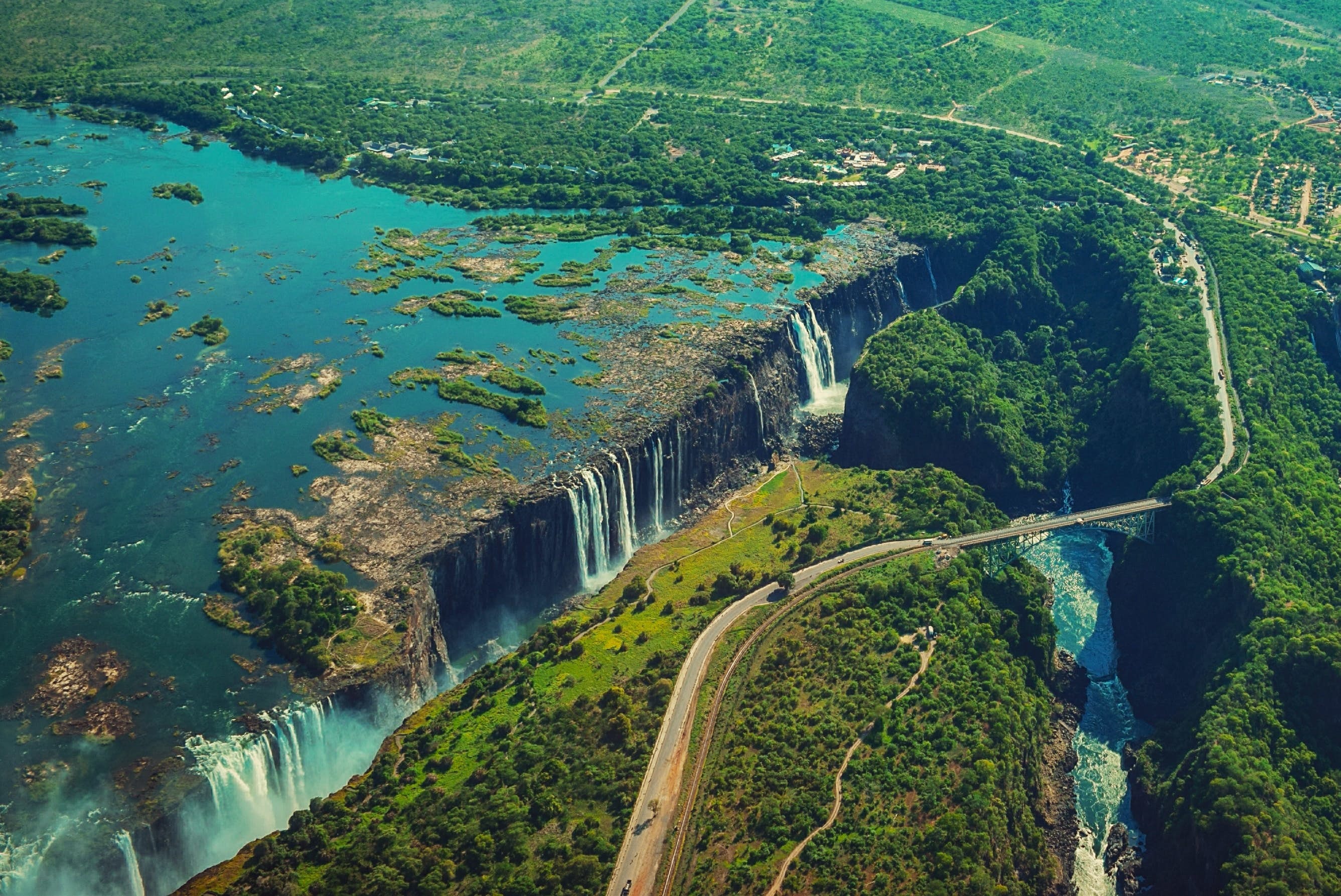 Fiordland National Park is located in the southwestern part of the South Island. Situated in the corner of the island, the national park boundaries encompass an area of 4,868 12,607sq km making it the largest national park in New Zealand.

The national park is home to the largest region of pristine wilderness that has gone untouched by mankind. The forests are comprised of silver and mountain beech with a few conifers. Ferns are found throughout the dense forest floor.

Wildlife highlights include the kakapo which is the earth’s only flightless parrot and the Fiordland crested penguin. 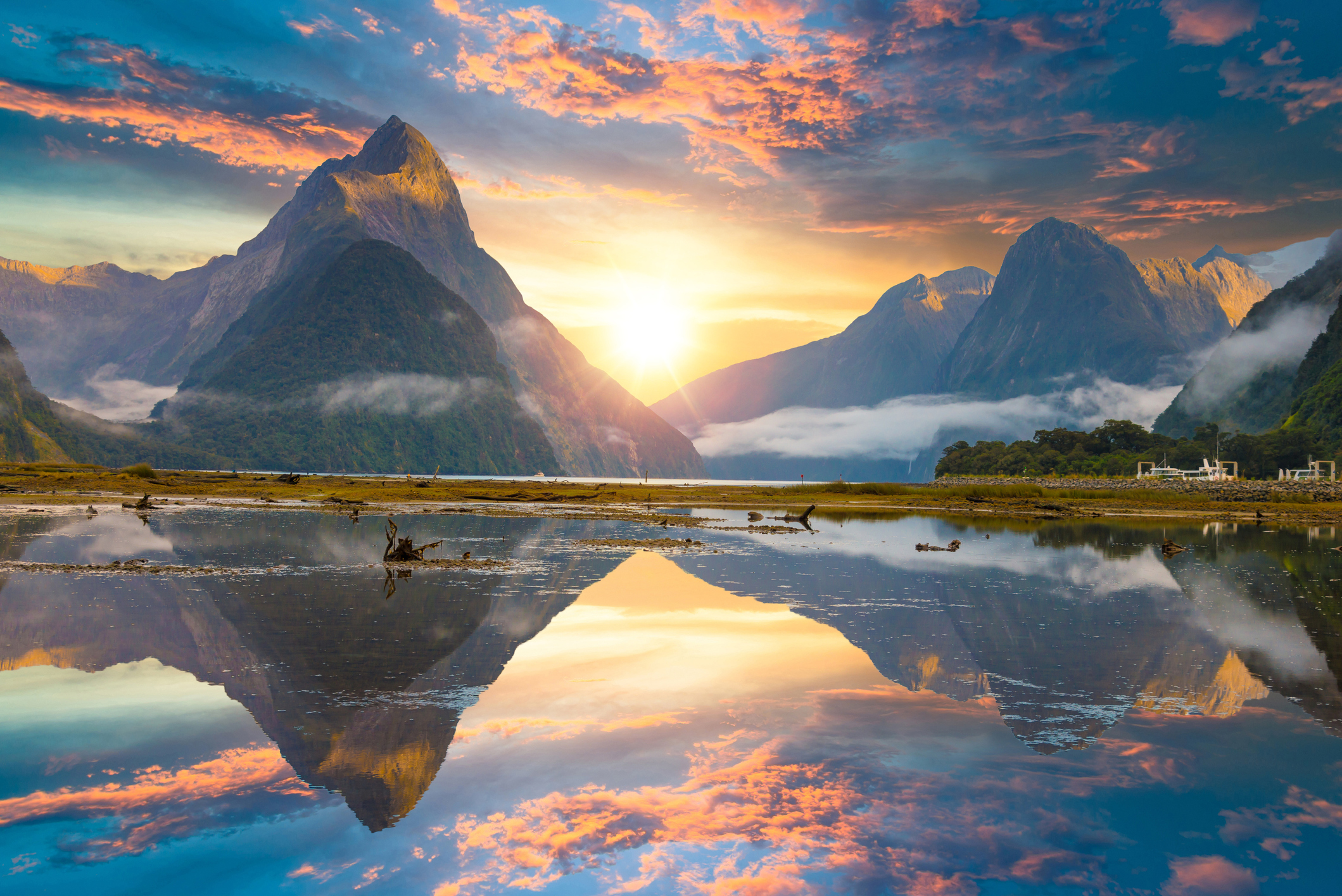 Plitvice Lakes National Park is located in central Croatia near the border of Bosnia and Herzegovina. It covers an area of 114.6 296.8sq km making it one of the largest national parks in Croatia.

The national park is renowned for the brilliantly colored cascading lakes featuring a variety of shades of blues, greens, and grey. There is a total of 16 different lakes all connected together with the river system that flows through the park.

Most of the lakes are small and collectively cover an area of about .1.9sq km. The water that leaves the lowest lake becomes the Korana River.

The park is situated between ranges creating a unique climatic area that is rich in biodiversity and unique to most of Croatia. 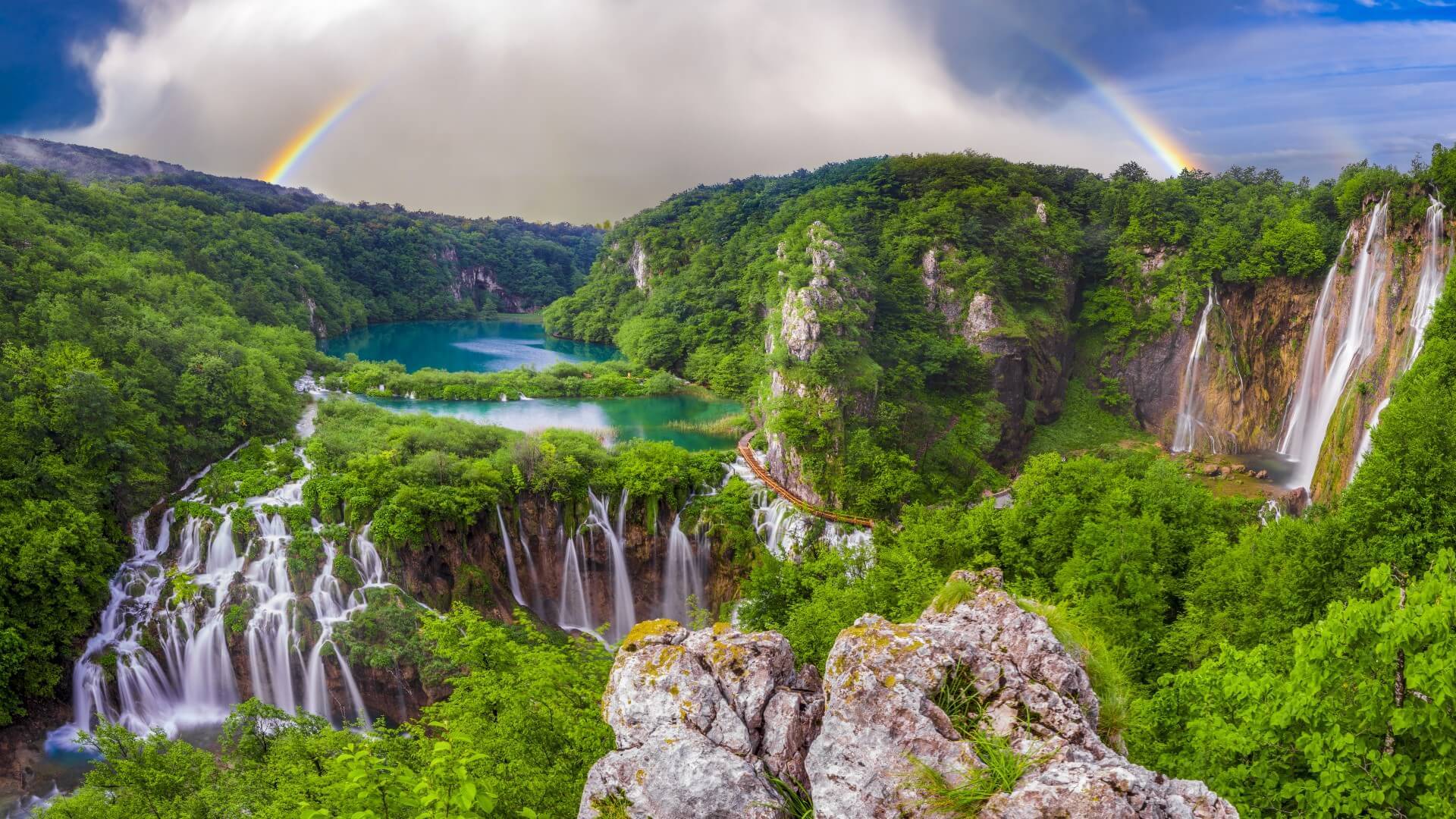 Tayrona National Park is located in the Caribbean part of northern Colombia. The national park encompasses both land and sea areas to make up the park.

Wildlife in the park includes over 105 species of mammals, 15 species of amphibians, 31 species of reptiles, and at least 300 species of birds. There are over 70 species of bats with the Mantled howler, deer, and the oncilla being popular animal sightings. The montane solitary eagle and the military macaw top off the bird species.

The marine part of the national park protects the country’s Caribbean coral reef. There are two other protected coral reefs, however, Tayrona is the only national park. The coral reef features 110 species of corals, 202 species of sponges, 700 species of mollusks, and over 400 species of sea and river fish. Colombia has over 340 endemic species and 44 of those are located here in Tayrona. 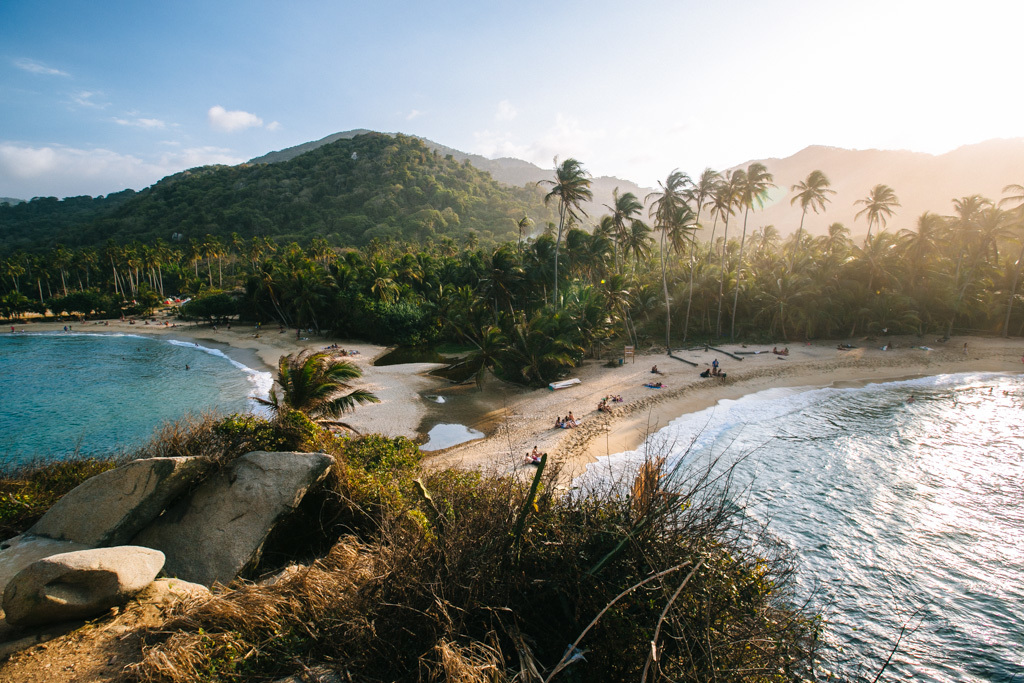 Cinque Terre National Park, locally known as Parco Nazionale delle Cinque Terre, is located along the coast of northern Italy in the province of La Spezia. As the smallest national park in Italy, it covers an area of 38.6sq km).

This UNESCO World Heritage Site is unique as a national park because of the number of permanent residents numbering around 5,000. The residence is found in five towns which include Corniglia, Manarola, Monterosso al Mare, Riomaggiore, and Vernazza.

The park is further unique in the way that it brings agricultural, cultural, historical, natural, and scenic significance together under the umbrella of Cinque Terre National Park. It would be fair to argue that it also represents vision and ingenuity with how these towns are intricately embedded into the rugged sides of the cliff.

Each of these five towns is connected through trails that travel along the coast. These trails provide access to the varied flora that exists including Aleppo pine, corks, chestnut, samphire, rosemary, thyme, lavender, and many different succulents.

Cinque Terre National Park is not known for its wildlife; however, it is present. The peregrine falcon and seagull are birds to watch for a while if you are lucky you might also see weasel, badger, fox, marten, and wild boar. 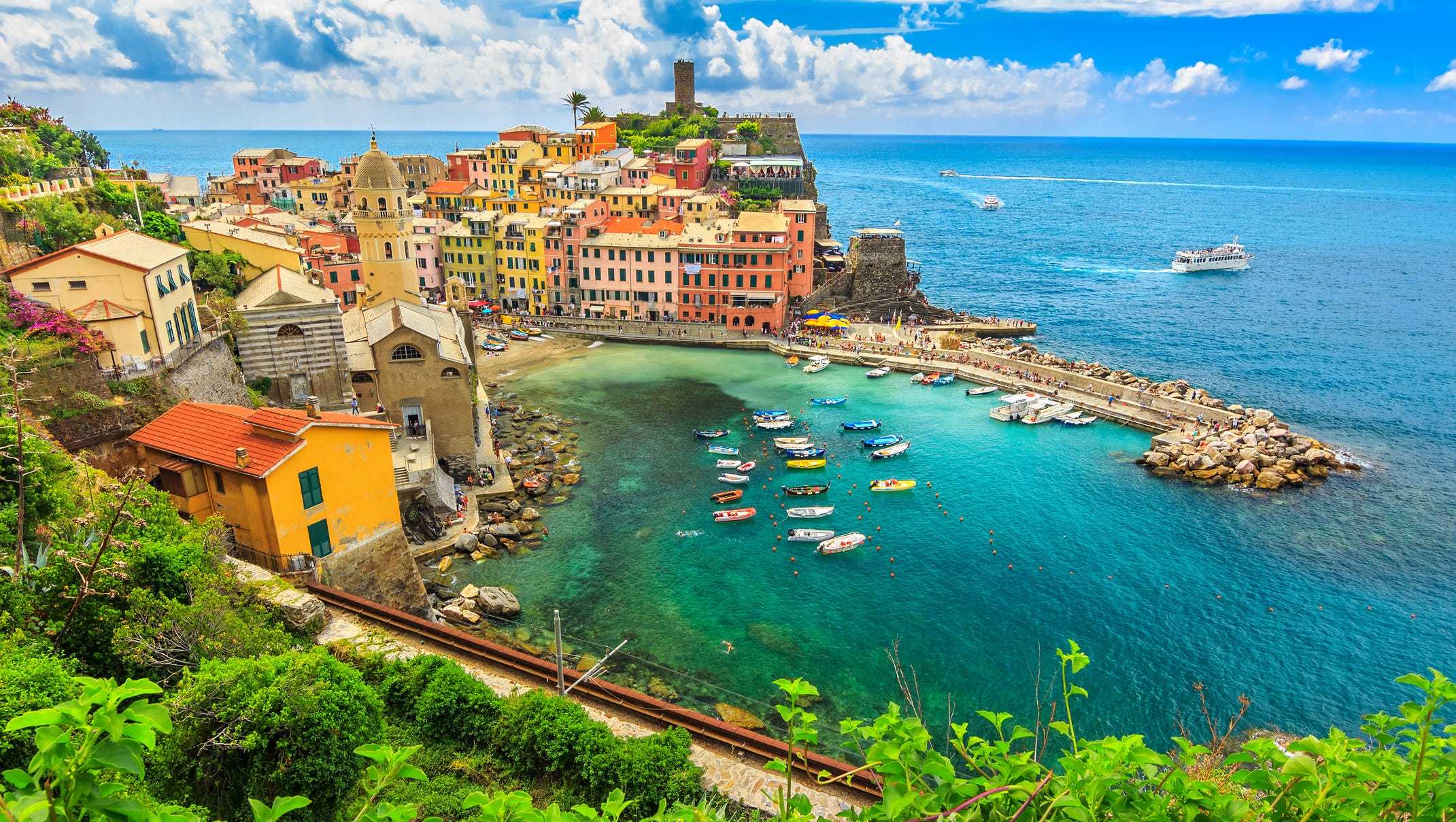 Yala is comprised mostly of metamorphic rock with reddish-brown and grey soil topping most of the area.

The park is located in a dry semi-arid region with rain occurring mostly during the northeast monsoon season.

There are 215 species of birds calling the area home; the area is one of 70 areas classified as important bird sanctuaries for the country of Sri Lanka. There are 44 species of mammals with some of the more popular being elephant, water buffalo, sloth bear, and leopard. Yala National Park has one of the densest populations of leopards in the world. 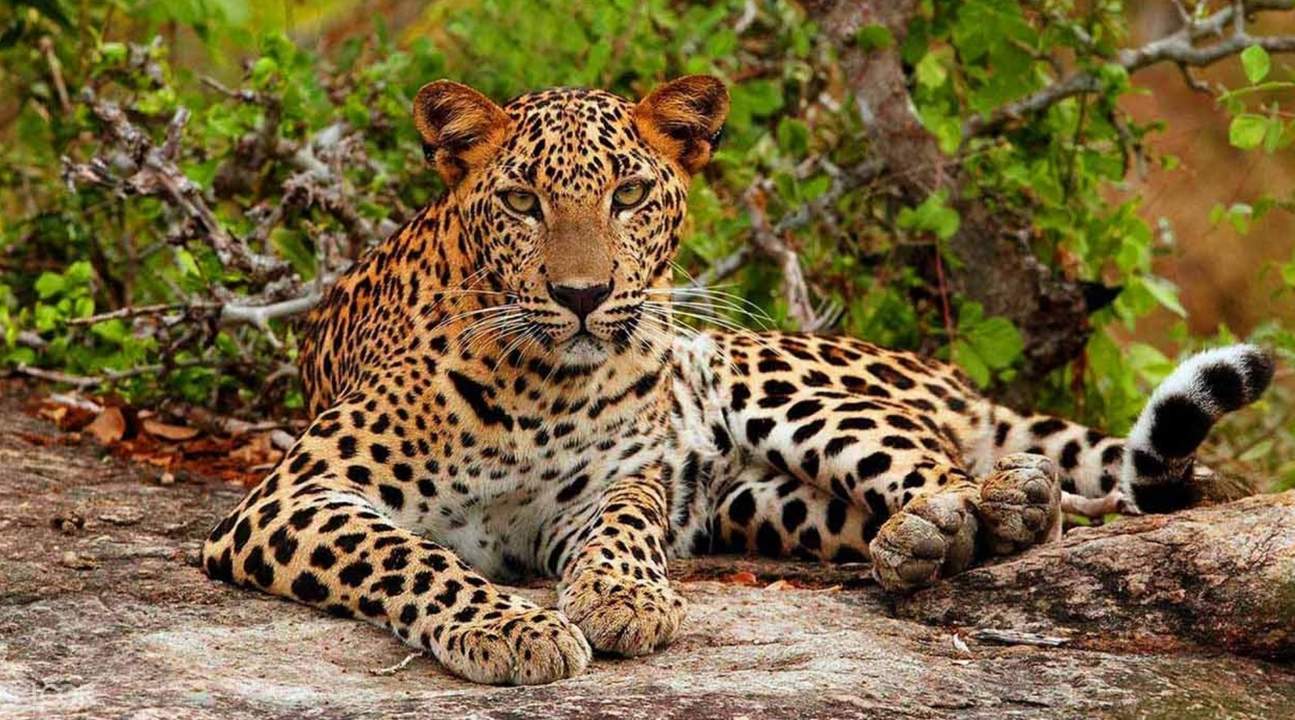 Because of the latitude and altitude, Banff National Park displays three ecoregions consisting of alpine, montane, and subalpine. Lodgepole pine accounts for the predominant forest in the lower elevations with Engelmann spruce taking over in the higher elevations.

Bird lovers can have hopes for seeing predator birds that include bald eagles, golden eagles, red-tailed hawks, osprey, and merlin. 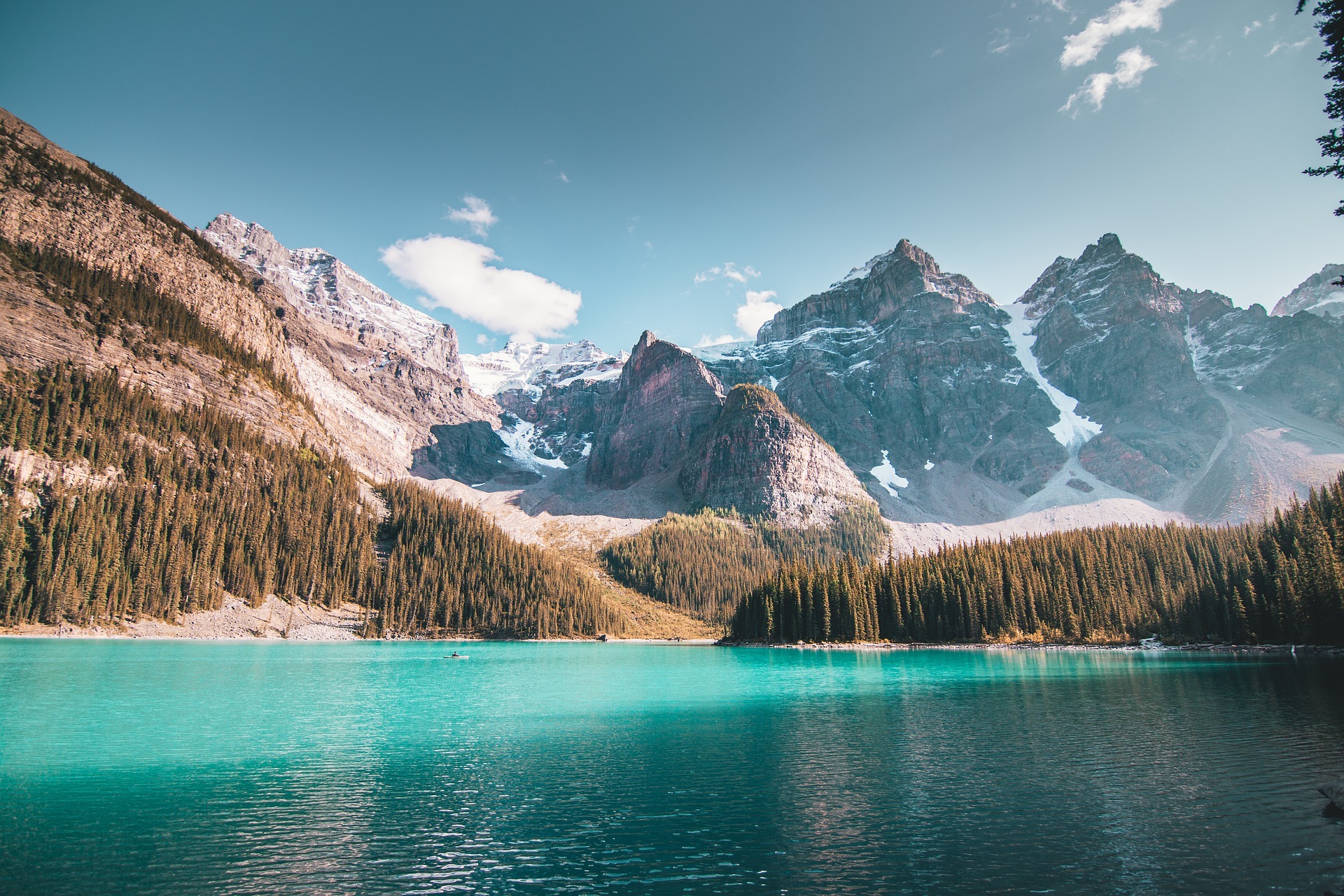 The Tatra Mountains create a shared border between Poland and Slovakia. Slovakia invests in protecting the mountain area with the sister national park under the same name (Tatra National Park Slovakia).

The High Tatras and the Western Tatras make up this part of the mountainous region of Poland. The Tatras are characterized by sharp-jagged peaks and stunning rock formations. Rysy is the highest summit in Poland reaching a height of 2,499m.

Tatra National Park is home to endangered and endemic wildlife species. Some of the park's popular species include brown bear, gray wolf, Eurasian lynx, and the European otter. The Tatra chamois and marmot are two of the highly protected species of the park. 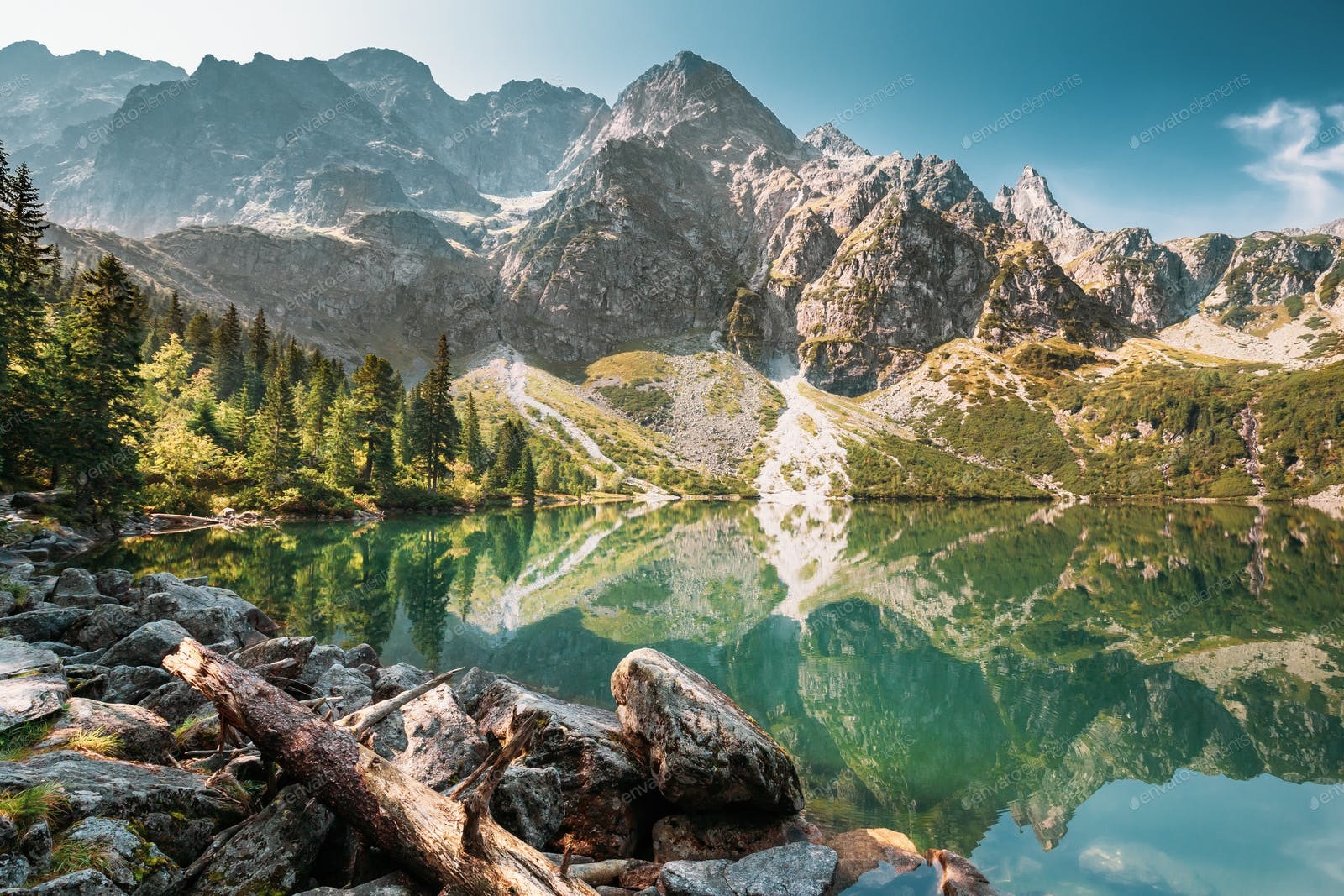