Goi Cuon are translucent spring rolls packed with greens, coriander and minced pork or shrimp. A southern variation has barbecued strips of pork wrapped up with green banana and star fruit, and then dunked in a rich peanut sauce – every bit as tasty as it sounds, the article said.

It is usually served as a starter before a main course at Vietnamese restaurants. 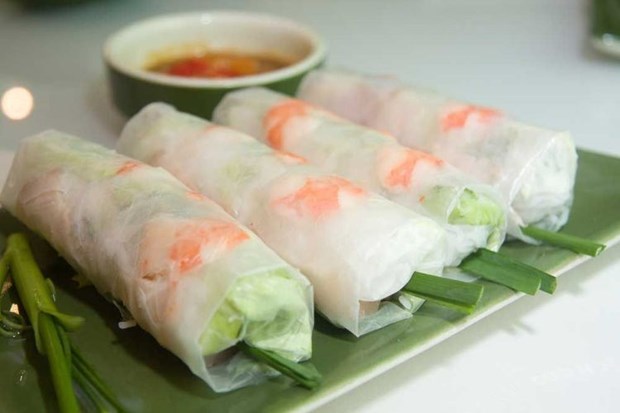 Banh mi is one of the most popular street foods in Vietnam, Aldridge claimed. The dish was first created during French colonial rule during the 19th century. Banh mi uses a French baguette and is filled with a delicious selection of ingredients. The baguette sandwich is filled with greens and a choice of fillings, including paté and usually pork. Other fillings include beef, chicken, liver and tofu. Banh mi is so good that it's gone on to be imitated around the world, from London to New York. 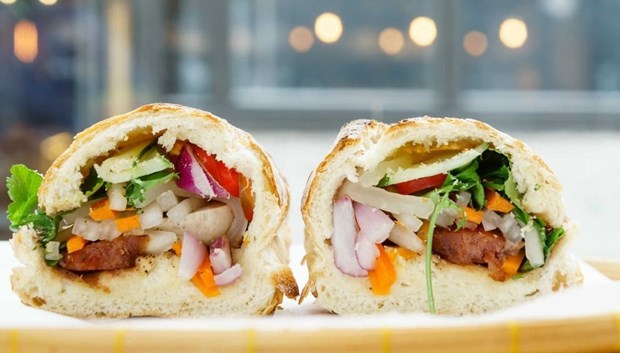 These enormous, cheap and filling Vietnamese pancakes contains shrimp, pork, bean sprouts and egg. They are fried, wrapped in rice paper with greens and dunked in a sauce before eaten. The best city to try Banh xeo (or "sizzling pancake") is Ho Chi Minh City, the writer recommended, adding that it is a perfect accompaniment for long journeys by train or bus. 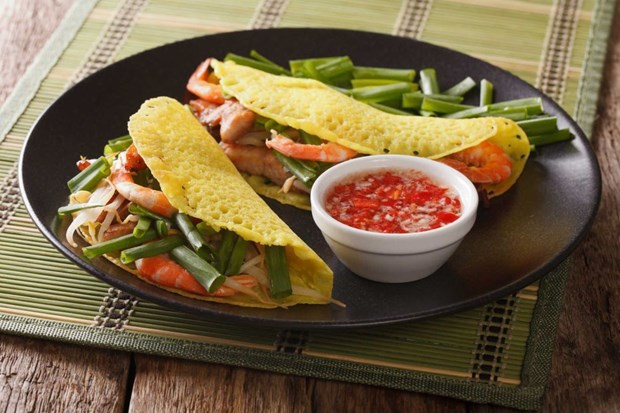 Bun Cha is a Hanoi specialty. It can be found at food stalls and street kitchens across the city. The pork is barbecued on an open charcoal brazier and served on a bed of cold rice noodles with assorted foliage and a broth. This type of Vietnamese cuisine is usually eaten at lunchtime. It's been described as somewhat similar to meatballs or hamburgers, but with its intriguing mix of flavours, there's not another taste like it! 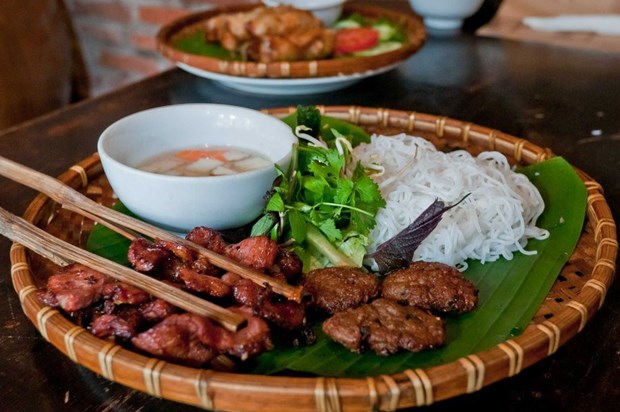 The country’s great staple dish is Pho (pronounced “fuh”). This noodle soup can be eaten at any time of day but is primarily eaten at breakfast. It originated in the north of the country but is now a national dish of Vietnam. A bowl of Pho consists of a light beef or chicken broth flavoured with ginger and coriander, to which are added broad, flat rice noodles and spring onions. Meat-wise, slivers of chicken, pork or beef are then added. Tofu is the main vegetarian option. Pho in Vietnam can be found on almost every menu; once you’ve got your serving, squeeze a lime over it and add a dash of chilli flakes for an extra kick. 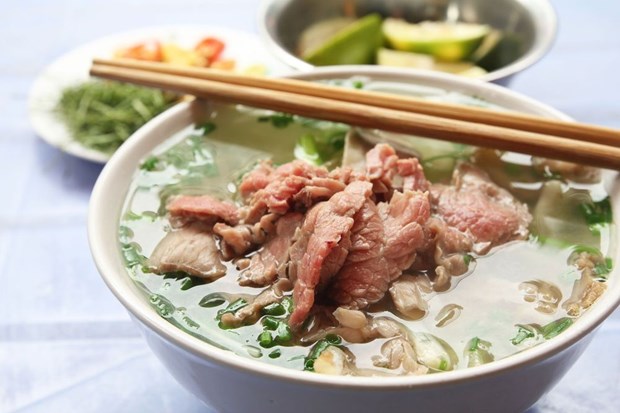 Central Vietnam does it best. Among Hoi An's tasty specialities is Cao lau, a mouthwatering bowlful of thick rice-flour noodles, bean sprouts and pork-rind croutons in a light soup. Cao lau is then flavoured with mint and star anise, topped with thin slices of pork and served with grilled rice-flour crackers or sprinkled with crispy rice paper. 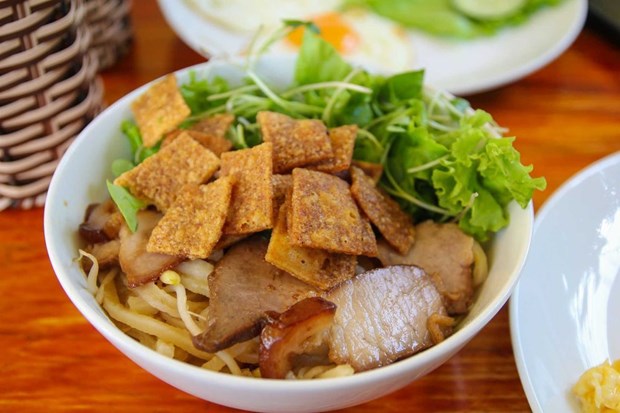 Seafood dishes stands above most other Vietnamese cuisine, said Aldridge. Cha ca, reportedly created in Hanoi, is perhaps the best known. It sees white fish sautéed in butter with dill and spring onions, then served with rice noodles and a scattering of peanuts. Da Nang is one of the best places to tuck into Vietnamese seafood dishes. Thanks to its waterfront position, Da Nang’s specialities are fish-based and is the perfect spot to try Cha ca. A similar eat that’s popular in the local area is Bun cha ca, a fishcake noodle soup. 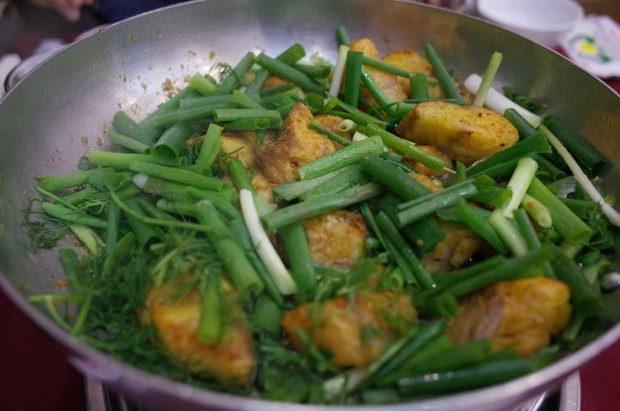 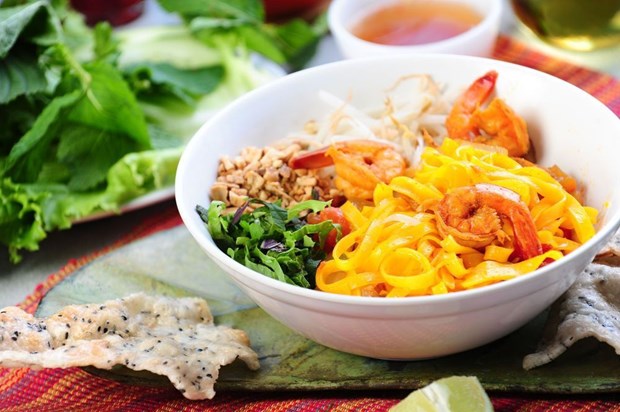 Com Tam is a quick’n’easy street-stand favourite that is almost exclusive to Ho Chi Minh City. Made up of smaller pieces of rice, it's also known as Broken Rice, and was traditionally a leftover-style snack. The Vietnamese have managed to hone it into a renowned Ho Chi Minh City street food snack. Com Tam is served with either grilled/steamed/shredded pork (usually grilled), fish or simply a fried egg. And this being Vietnam food, it wouldn’t be complete without a squeeze of lime, a sprinkle of fresh herbs and a smattering of spring onion./. 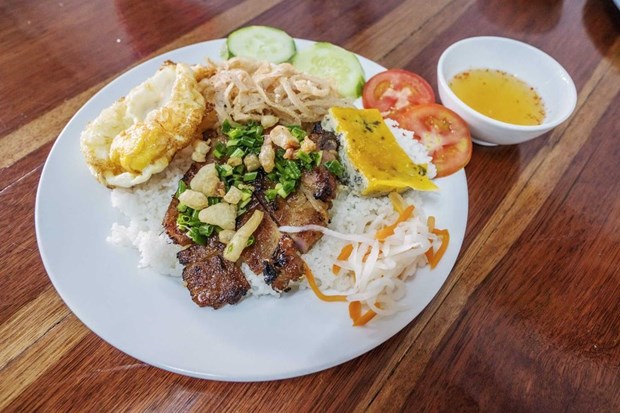 A dish of broken rice (Photo courtesy of Rough Guide)