An ambitious plan to invest billions of dollars into Vietnam's airport system is one step closer to reality. 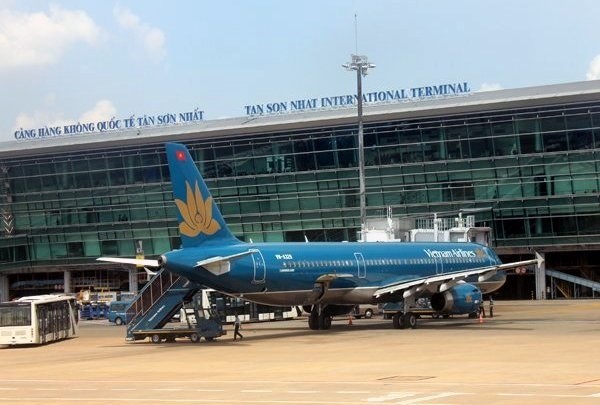 Hanoi (VNS/VNA) - An ambitious plan to invest billions of dollars into Vietnam's airport system is one step closer to reality. According to a new master plan, the development of the country's airport network is expected to cost up to 400 trillion VND (17.4 billion USD) by 2030. A strategy was previously submitted to the Government in early November. The Ministry of Transport has just submitted the revised plan to the Prime Minister for the development of the national airport system for the 2021-2030 period. Under the plan, the Ministry of Transport aims the total passenger capacity of the nation's airports will be about 276 million per year, with about 4.1 million tonnes of cargo by 2030. The current capacity of airports is only 95 million passengers per year, compared with the planned target of 144 million passengers per year, reaching just 66 percent. Freight transport reached 1 million tonnes per year, compared with the target of 2.5 million tonnes of goods per year, reaching 40 percent of the goal. A leader of the Ministry of Transport said that priority would be given to investment in a number of large airports, which act as hubs in Hanoi and Ho Chi Minh City such as Noi Bai, Tan Son Nhat and Long Thanh, over the next 10 years. Work will also be undertaken to gradually upgrade 22 existing airports and invest in six new airports to increase the total number of operating airports across the country to 28, with a total capacity of about 283 million passengers per year. By 2050, there will be 31 airports across the country, including 14 international airports (Van Don, Hai Phong, Noi Bai, Tho Xuan, Vinh, Phu Bai, Da Nang, Chu Lai, Cam Ranh, Lien Khuong, Long Thanh, Tan Son Nhat, Can Tho and Phu Quoc). There will also be 17 domestic airports, namely Lai Chau, Dien Bien, Sa Pa, Cao Bang, Na San, Cat Bi, Dong Hoi, Quang Tri, Phu Cat, Tuy Hoa, Pleiku, Buon Ma Thuot, Phan Thiet, Rach Gia, Ca Mau, Con Dao and the second airport southeast of Hanoi. This is an addition of two airports compared to the previous plan. It is calculated that the expected land use area of the airport master plan to 2030 is about 20,378ha, requiring an additional land area of about 7,970ha. The investment capital for the development of the airport system by 2030 is about 400 trillion VND, accounting for about 22 percent of the investment capital of the whole industry. The investment capital will be mobilised from the State budget, non-budget capital and other legal capital sources. By 2050, there will be two international air transport hubs of regional stature in Hanoi and HCM City. By the end of 2030, the country is to operate a network of 28 airports with Hanoi and HCM City as two main transport hubs. By 2050, there will be 31 airports, including 14 international and 17 domestic airports. Regarding investment, according to the Ministry of Transport, for investment planning projects after 2030, in case localities have investment needs to serve socio-economic development and mobilise financial resources, they can report to the Prime Minister for approval of investment. Data from the Ministry of Transport shows that the country is currently exploiting 22 out of 23 planned airports. In which, there are nine international airports and 13 domestic airports. The current system of 22 airports in Vietnam has a reasonable distribution, ensuring that 86 percent of the population can access airports within a radius of 100km, higher than the world average of 75 percent and equivalent to countries with large coverage in the region and in the world./.