In order to mobilise 240 trillion VND (10.5 billion USD) for national railway development in the next 10 years as set by the freshly-approved railway planning for the 2021-2030 period, economists said that it is crucial to design specific capital attraction mechanisms. 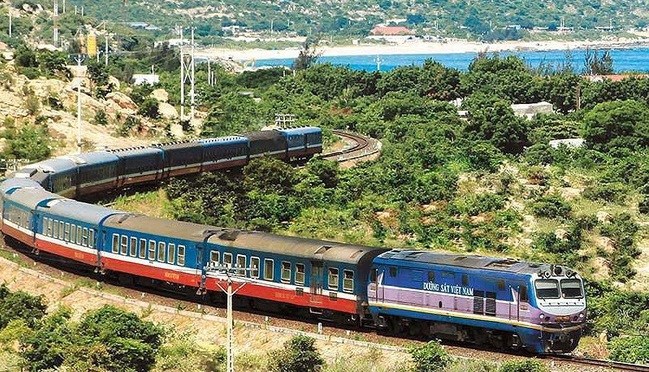 Hanoi (VNA) – In order to mobilise 240 trillion VND (10.5 billion USD) for national railway development in the next 10 years as set by the freshly-approved railway planning for the 2021-2030 period, economists said that it is crucial to design specific capital attraction mechanisms. Under the planning, the construction of the North-South high-speed railway will be prioritised with the two initial routes of Hanoi-Vinh and Nha Trang-Ho Chi Minh City, while the current railway system will be upgraded. In the 2021-2025 period, middle-term public investment capital will be used to upgrade the Hanoi-HCM City route. According to Nguyen Danh Huy, head of the Department of Planning and Investment under the Ministry of Transport, in the 2021-2030 period, the sectors need over 112 trillion VND for the initial construction of two sections on the North-South high-speed railway. However, the amount is just 20 percent of the total capital demand of the whole project. Huy said that 80 percent of the capital will be sourced from the central budget, while the remaining will be mobilised from the society through public-private partnership (PPP). Meanwhile, Vu Anh Minh, Chairman of the State-owned Vietnam Railway Corporation (VNR), said that it is necessary to clearly define the capital sources to call for private capital and ODA. The State capital will be partly in cash and bond issuance, and the rest will be swiched to other forms of benefits, he said. Vu Quang Khoi, head of the Vietnam Railway Authority, some new railway routes linking with seaports, including the 103km Vung Ang-Tan Ap-Mu Gia route connecting with Laos’s railway system, have drawn more attentions from investors as their investment form has been clearly defined to be PPP. Meanwhile, Huy held that among the 240 trillion VND for the 10-year scheme, the State should be play the key role, especially when the middle-term public investment capital for railway sector in the 2021-2025 period is at low level at only about 15.9 trillion VND. He held that the capital should mostly focus on the 2026-2030 period, including investment in the North-South high-speed railway. According to Huy, capital for the upgrade of current railway system will mostly come from the State budget. Nguyen Huu Duc, a transport specialist said that in reality, the attraction of capital in railway sector is hard, therefore, the State should invest in infrastructure system and leave the operating part to the private sector. Dr. Nguyen Xuan Thuy, another transport expert, held that as the railway sector needs huge investment, while the capital recovery time is long, it cannot expect fast capital mobilisation like road projects. Nguyen Khanh Tung, Vice Director of the Railway Project Management Board under the Ministry of Transport, said it is necessary to clearly define the items that investors can take part in, including trains and warehouse./.