Recent announcements made by foreign investors on additional investment to expand production in Vietnam reflect their trust in Vietnam’s prospects for economic recovery, reported the Dau tu (Investment Review) newspaper. 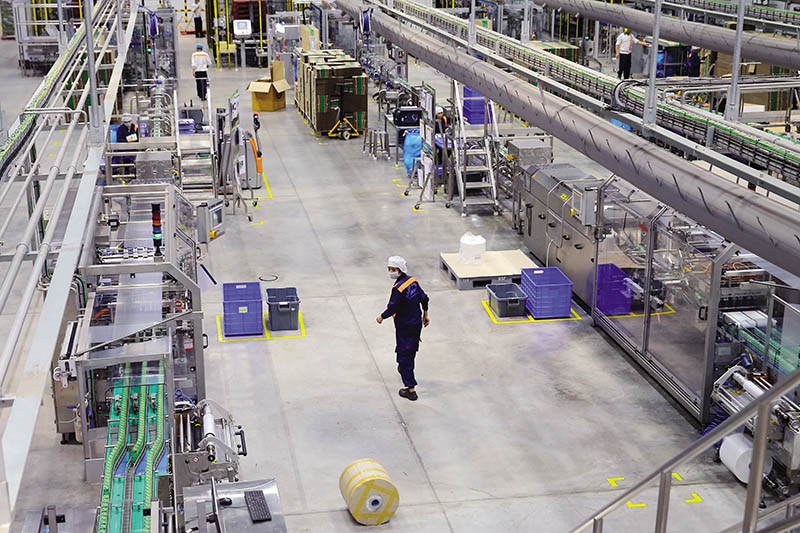 At a factory of Nestle in Hung Yen province (Photo: baodautu.vn)

The Swiss company Nestle said it is pouring an additional over 130 million USD, raising its total investment in Vietnam to 730 million USD to carry out a number of its projects in the next two years.

Urs Kloeti, Factory Manager of Nestle Bong Sen, was quoted by the newspaper as saying that his company believes in Vietnam’s role as an international and regional manufacturing hub in the future.

Alongside Nestle, other foreign firms have committed to maintaining operations in Vietnam despite the fourth wave of COVID-19 outbreaks that have forced various localities to apply stringent preventive measures.

Tetra Pak of Sweden has confirmed that it will pump 5 million EUR (5.86 million USD) to expand its existing 120-million-EUR plant in Binh Duong southern province.

The investment demonstrates the company’s trust in Vietnam’s strong economic recovery after the pandemic, according to Managing Director and President at Tetra Pak Vietnam Eliseo Barcas.

In particular, the LG Display project in Hai Phong northern port city has received additional investment twice this year, with 750 million USD in February and 1.4 billion USD in August.

Earlier this month, authorities in the northern province of Quang Ninh presented an investment registration certificate to a 365.6 million USD project of Jinko Solar Vietnam Co. Ltd., an affiliate of the Jinko Solar Holding Co. Ltd. The firm channeled nearly 500 million USD into a project in the province in March.

Despite current challenges triggered by the pandemic, Japanese firms in Vietnam are working to adapt and improve their production system in the new situation, said Chief Representative of the Japan External Trade Organisation (JETRO) in Hanoi Nakajima Takeo.

For his part, Alain Cany, Chairman of the European Chamber of Commerce (EuroCham) in Vietnam, said the European business community is determined to stand side by side with the Vietnamese Government in this tough time and believes that the Government will successfully bring COVID-19 under control like it did before.

As they have showed their determination to maintain operations in Vietnam, most foreign investors hope that the Government will promptly devise a clear plan for reopening and economic recovery, or else current investment plans will be delayed and newcomers cannot enter the country to study investment possibilities.

Despite COVID-19 impacts, foreign direct investment (FDI) inflows into Vietnam during the first nine months of this year rose 4.4 percent year on year to 22.15 billion USD, reported the Foreign Investment Agency under the Ministry of Planning and Investment.

The total imports-exports value of the FDI sector in the first eight months of the year also surged 31.2 percent to 297.43 billion USD, with exports accounting for 156.64 billion USD./.

List of sectors and trades eligible for investment incentives (part 1)