On November 23rd 2021, on behalf of Hai Phong People’s Committee, Hai Phong Department of Foreign Affairs attended the webinar hosted by Ministry of Foreign Affairs to meet and get informative interaction with new Ambassadors and Consul Generals of Vietnam SR to certainly foreign countries and territorials for the years of 2021-2024. Besides Hai Phong’s delegates, there were leadership representatives of localities in the Northern region of Vietnam. 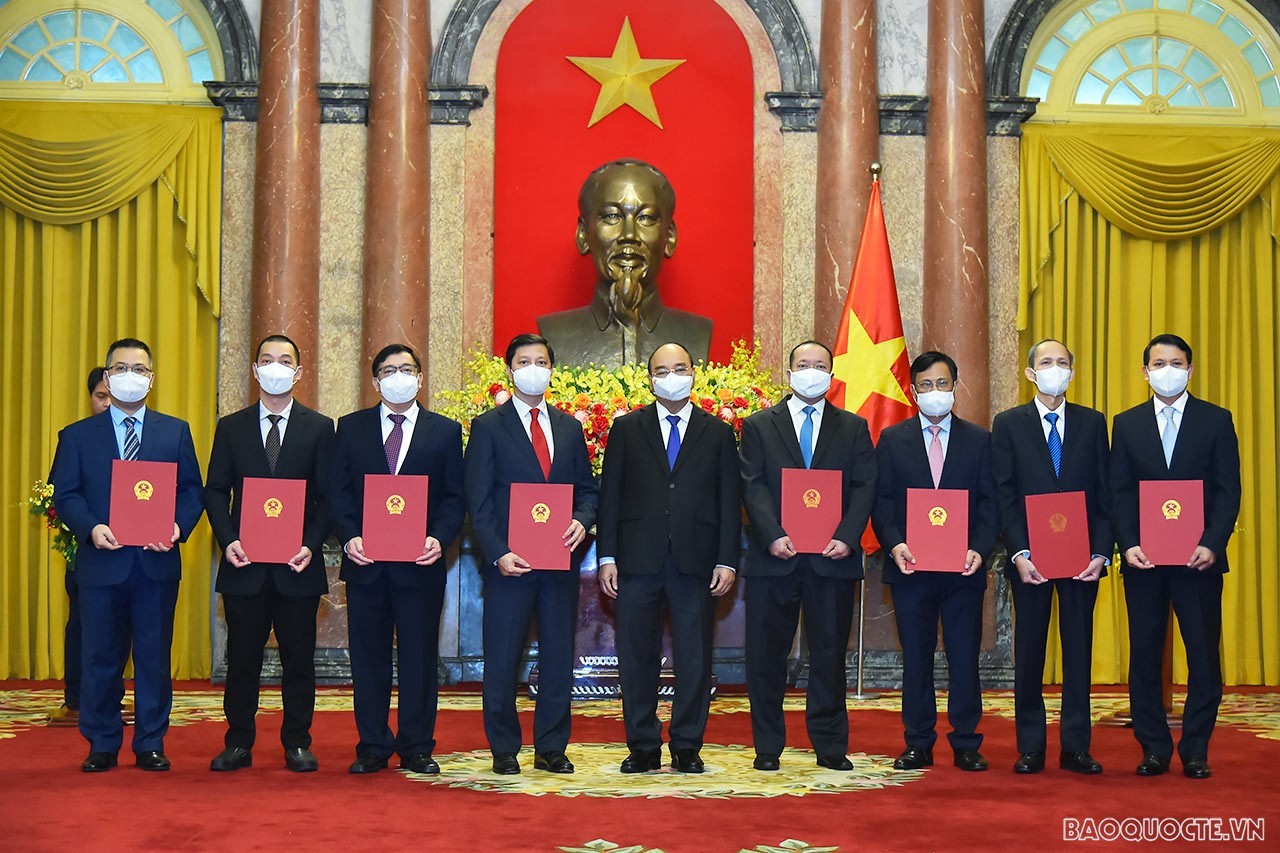 Localities such as Bac Giang, Quang Ninh, PhuTho, or Thai Nguyen took that opportunity to deploy their investment promotion and kindly requested Vietnam SR’s Ambassador to Japan, Consul General to Luang Prabang (Laos), Eco-Cultural Office Head to Taiwan (China) to make a bridge for ongoing cooperation and trade exchanges. Indeed, Bac Giang shared with participants its current achievement in lychee export to Japan’s and European markets; its keen interests in agricultural products export to foreign markets, among which certain foreign countries were named; and its investment calling to foreign investors to manufacturing and business in its area. Meanwhile, Quang Ninh launched its investment promotion and asked the Ambassadors and Consul Generals to pay attention to the province and to connect the province with potential partners overseas, particularly in facilities construction, manufacturing, trade and tourism.

Having been in relationship with foreign localities of Japan, the US, Germany, China, Russia, Belarus, Laos, and other foreign partners including Denmark, Hai Phong had sent its concerns and suggestions on strengthening current cooperative activities between the city and partners ongoing time as well as recommendation on relation establishment with some foreign localities grounded on mutual interests and potentials. Among those partners, Hai Phong has been cooperating with certain localities including Kitakyushu City, Kagawa Prefecture, Kobe City in certain fields, mainly in economic and technical cooperation, and environmental protection, and has gained certain achievements recently. Cooperation with other partners has been developed but has not yet met parties’ demands and potentials. Attending the webinar with the new Ambassadors and Consul General of Vietnam SR to overseas in terms of 2021-2024, Hai Phong City expects that deeper, more efficient and effective connections with foreign counterparts will be made through such a significantly diplomatic bridge./.