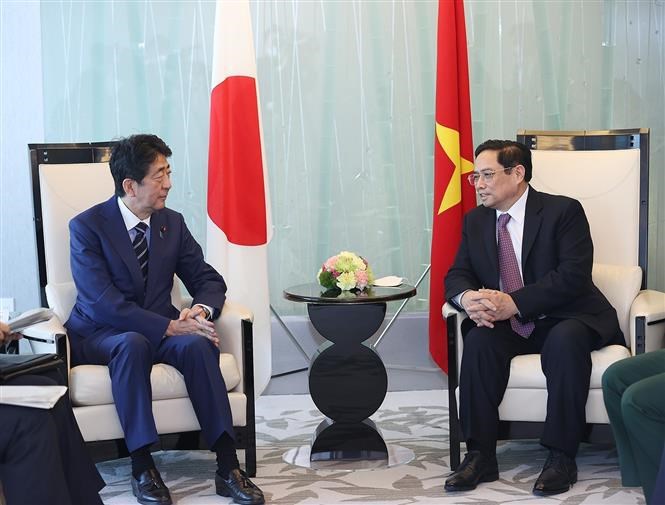 Tokyo (VNA) – Prime Minister Pham Minh Chinh on November 24 received former Prime Minister of Japan Abe Shinzo, who is also former President of the Liberal Democratic Party (LDP), as part of the former’s official visit to Japan. PM Chinh conveyed compliments from Party General Secretary Nguyen Phu Trong and President Nguyen Xuan Phuc to the former Japanese PM. The Vietnamese leader expressed his delight at the rapid and comprehensive development of the Vietnam-Japan extensive strategic partnership, saying Vietnam always attaches importance to and wishes to work with Japan to open a new era for the relationship. Vietnam supports Japan’s efforts to promote its role in the region and the world at large, he said. PM Chinh thanked for and spoke highly of Japan’s donation of COVID-19 vaccines and medical supplies, which, he said, demonstrated the close bilateral relationship and contributed to intensifying public confidence in the friendship between the two nations. The PM thanked Abe for his sentiments towards Vietnam, and lauded his contributions to boosting Vietnam-Japan relations, especially the lifting of the relationship to the extensive strategic partnership in 2014. He showed his belief that Abe will continue to pay attention to strengthening the bilateral cooperation, particular in personnel training, strategic infrastructure development and post-pandemic recovery, for the sake of the two countries’ people, as well as for peace, stability, cooperation and development in Asia-Pacific, and the world as well. For his part, Abe said PM Chinh’s visit will practically contribute to the extensive strategic partnership in all spheres, and praised Vietnam’s role and significant contributions in the region and the international arena. The former PM expressed his willingness to closely coordinate with Vietnam to deepen the cooperation and friendship between the two countries. 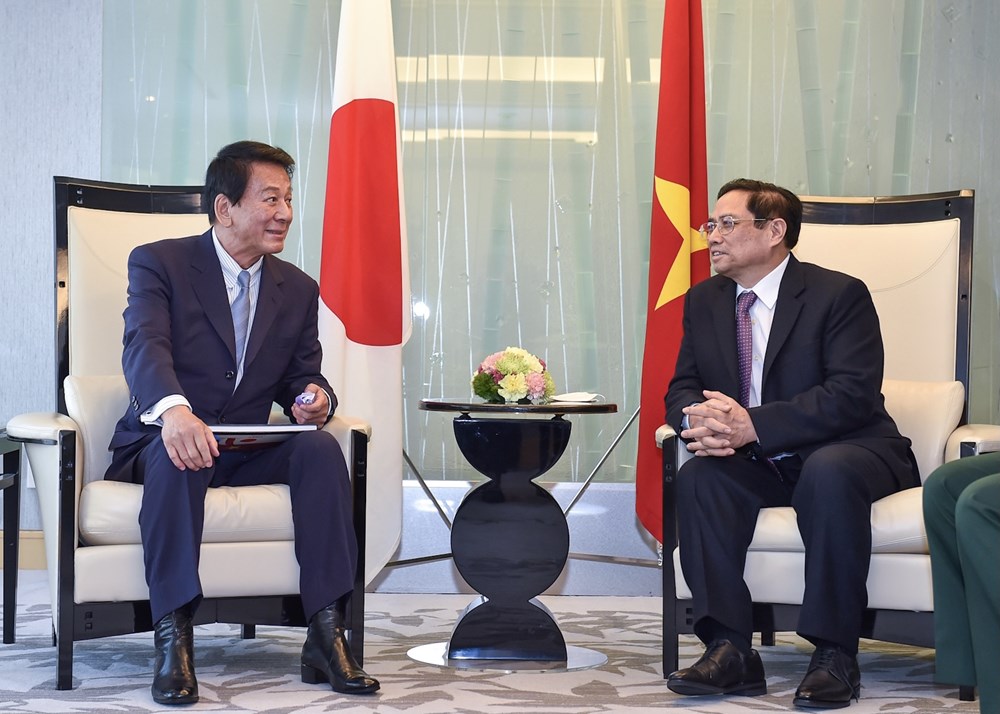 The same day, PM Chinh hosted a reception for former Vietnam-Japan Special Ambassador Sugi Ryotaro. The PM said he hoped that Sugi will make more contributions to the bilateral ties, especially people-to-people exchanges. Sugi pledged that he will work harder to boost cultural links and people-to-people exchanges between the two countries, thus further enhancing their friendship and mutual understanding./.