The Council of Ústecký region in co-ordination with the Ethnic Minority Council and the Centre for Integration organised the “Colourful Planet Festival 2021” on September 11 to enhance mutual understanding and solidarity among communities living in the Czech Republic. 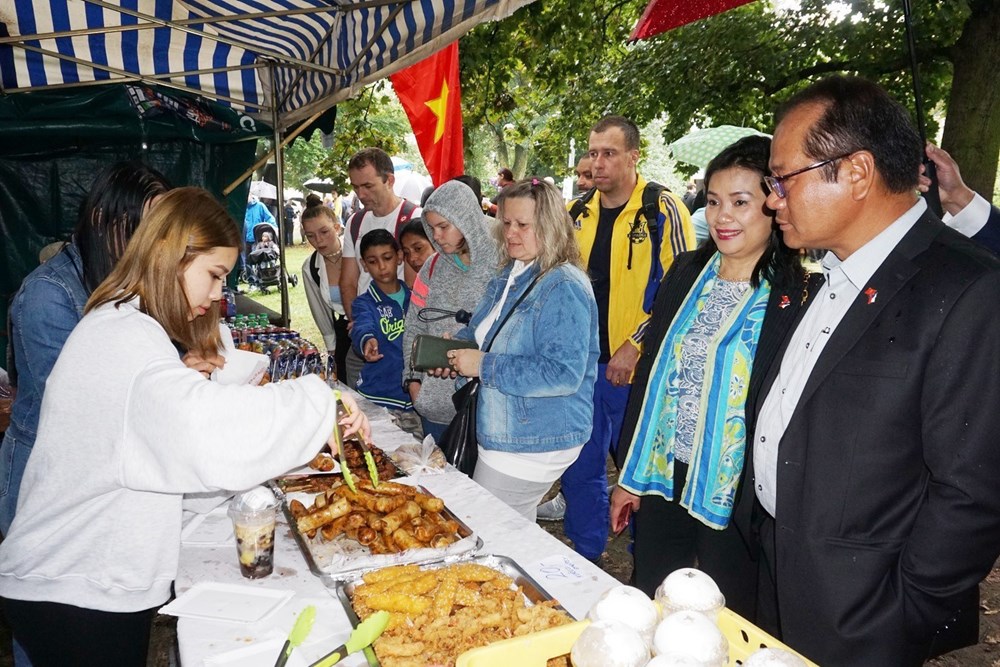 Prague (VNA) – The Council of Ústecký region in co-ordination with the Ethnic Minority Council and the Centre for Integration organised the “Colourful Planet Festival 2021” on September 11 to enhance mutual understanding and solidarity among communities living in the Czech Republic.

The Colourful Planet Festival 2021 was held in the city of Ústí nad Labem city in the Ústecký region in the north of the Czech Republic.

Present at the festival were leaders of the Ústecký region and representatives of the Embassies of Vietnam, Hungry, India, Indonesia, Slovakia, Ukraine and Russia. Those from foreign communities living in the Czech Republic and people from all over the country also took part in the event.

The festival is an annual activity, aimed at creating a chance for foreigners in the Czech Republic to introduce the traditional culture and cuisines as well as unique customs of their homeland to international friends.

Le Nam Thang, president of an art club of the Vietnamese community in Usti nad Labem city, said that although members of the club were busy with their businesses, they still spent time preparing special performances for the festival with the desire to promote the unique and distinctive features of Vietnamese culture.

The enthusiastic cheering and support of the audience is a source of encouragement for members to continue to nurture their wish, he said.

He said Vietnamese cuisines such as spring rolls, moon cakes, coffee, and tea were also introduced by the Vietnamese community at the festival, Tien said, adding that all proceeds donated to local Giac Vien pagoda for charitable activities.

The event offers opportunities for other communities in the Czech Republic to understand more about Vietnamese people and culture, he said.

The mayor also expressed his sincere thanks to the Vietnamese community for joining hands with the Czech government and people to fight the COVID-19 pandemic by sewing and donating masks, donate medical equipment and necessities for medical staff and relevant forces during the outbreak of the pandemic.

For his part, Thai Xuan Dung, Vietnamese Ambassador to the Czech Republic, thanked the local administration for creating favourable conditions for the Vietnamese community.

According to the Ambassador, the Czech Republic has 14 ethnic groups while Vietnam has 54 ethnic groups. Therefore, the integration of the Vietnamese community will contribute to enriching the unique features of the Czech people, he said./.