A memorandum of understanding (MoU) on boosting educational cooperation and exchange has been signed between the Vietnamese Ministry of Education and Training and authorities of the Canadian westernmost province of British Columbia. 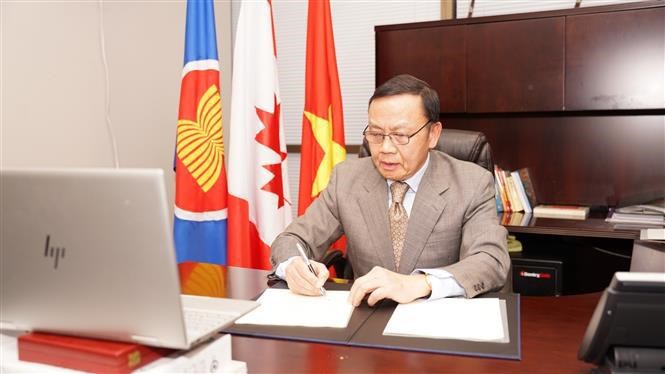 Ottawa (VNA) – A memorandum of understanding (MoU) on boosting educational cooperation and exchange has been signed between the Vietnamese Ministry of Education and Training and authorities of the Canadian westernmost province of British Columbia. Empowered by the ministry, Vietnamese Consul General in Vancouver Nguyen Quang Trung signed the pact with British Columbia's Minister of Education Jennifer Whiteside and Minister for Advanced Education, Skills, and Training Anne Kang on November 22. The three-year MoU, which took effect immediately after the signing, is the outcome of the two sides’ discussions since 2020 based on their real demand for increased educational cooperation. It identifies cooperation areas, including student and teacher exchanges, the organisation of annual meetings, regulations on the recognition of schools accredited by British Columbia; support information about diploma verification. Under the deal, British Columbia’s ministries can sign a specific agreement with one or more legal entities operating in Vietnam if they meet the respective regulations and laws of each side. The Vietnamese Ministry of Education and Training will recognise British Columbia-certified foreign-invested schools established in Vietnam if they meet requirements of the Vietnamese laws and regulations. The two sides can encourage joint programmes between educational institutions certified by the British Columbia administration and Vietnamese private educational institutions; and implement integrated educational programmes in line with Vietnam’s regulations and policy on foreign cooperation and investment in the field. 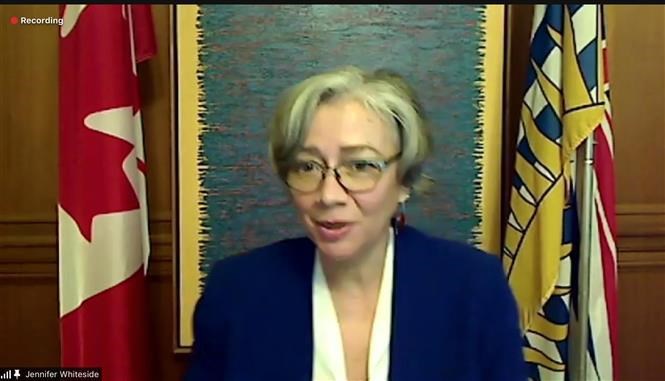 Both Whiteside and Kang said the pact marked a milestone in the development of cooperation between Vietnam and British Columbia not only in education but also in such other fields as economy, trade, tourism, and culture. Echoing the view, Trung said the MoU helped to formalise practical issues and better meet the needs of students, teachers, parents as well as the two sides’ capacity in providing related services. It also contributed to strengthening bilateral people-to-people exchanges, the diplomat added. The signing of the MoU was a concrete action towards the celebration of the 50th founding anniversary of diplomatic relations between Vietnam and Canada, he noted./.