Vietnamese cultural village to be built in RoK

A Vietnamese cultural village will be built in the county of Bonghwa, Gyeongbuk province, the Republic of Korea, heard a recent meeting between the county’s mayor Park Hyun-guk and Vietnamese Ambassador Nguyen Vu Tung. 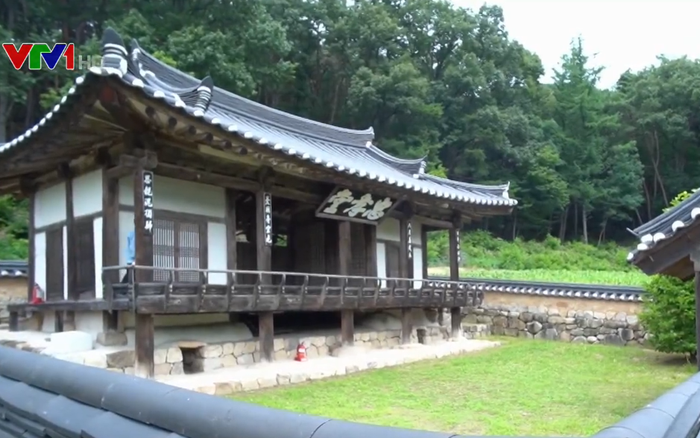 The hall of the Ly Hoa Son clan in Bonghwa, the RoK. (Photo: VNA)
Seoul (VNA) – A Vietnamese cultural village will be built in the county of Bonghwa, Gyeongbuk province, the Republic of Korea, heard a recent meeting between the county’s mayor Park Hyun-guk and Vietnamese Ambassador Nguyen Vu Tung.
Briefing on a plan for the construction of the village, Park asked the Embassy of Vietnam in the RoK for support to the project which aims to mark the 30th anniversary of the bilateral diplomatic ties (December 22, 1992 – 2022), to expand people-to-people exchange, and to promote Vietnam’s cultural experience in the RoK.
According to Park, the village will be developed on a ground of 38,350sqm. It is expected to attract around 100,000 visitors and generate some 3.7 billion won (2.8 million USD) in revenue annually. Local authorities also hope that project will create jobs for nearly half a million of local residents.
The Vietnamese village in Bonghwa forms part of a project planned to step up cultural exchange and accelerate cooperation between Bonghwa and Vietnam in tourism, culture and education.
The Korean province is home to a hall of the Ly Hoa Son (Lee Hwasan) clan, who are descendants of Ly Long Tuong, a prince of the Ly Dynasty ruling Vietnam between the 11th and 13th century.
After the dynasty collapsed in 1225, Ly Long Tuong fled to Goryeo, now the Korean Peninsular, where he and his followers received a warm welcome by King Kojong of the Goryeo Dynasty.
Goryeo was by then being threatened by the Mongol Empire. The Vietnamese prince allied with King Kojong in fighting the Mongolian aggression.
The defeat of the Mongolians earned him the king’s trust and respect. Tuong lived in the RoK until the day he died and became the founder of the Ly Hoa Son clan there./.
en.vietnamplus.vn