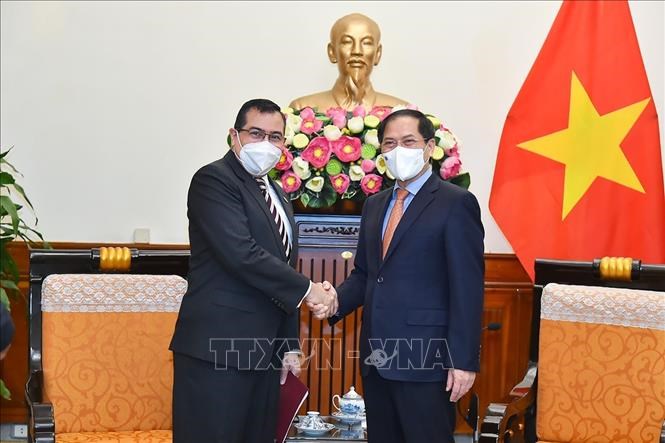 Receiving the ambassador, Son spoke highly of the role of the Embassy of Panama in Hanoi in promoting bilateral political, diplomatic and economic ties.

The minister suggested the diplomat jointly promote all-level visits and exchanges, effectively maintain the mechanisms of political consultation and the Vietnam – Panama Joint Committee on Economic, Trade and Investment Cooperation, and step up maritime, finance-banking and agricultural collaboration.

The ambassador vowed to serve as a bridge to foster bilateral friendship and cooperation in his position.

Trade between the two nations has stayed at over 300 million USD each year. The two countries have also offered mutual support at international organisations and multilateral forums./.