The United Arab Emirates (UAE) is Vietnam’s leading economic and trade partner in the Middle East, and Vietnam wants to expand all-round cooperation with the state, said Minister of Industry and Trade Nguyen Hong Dien who was visiting the UAE. 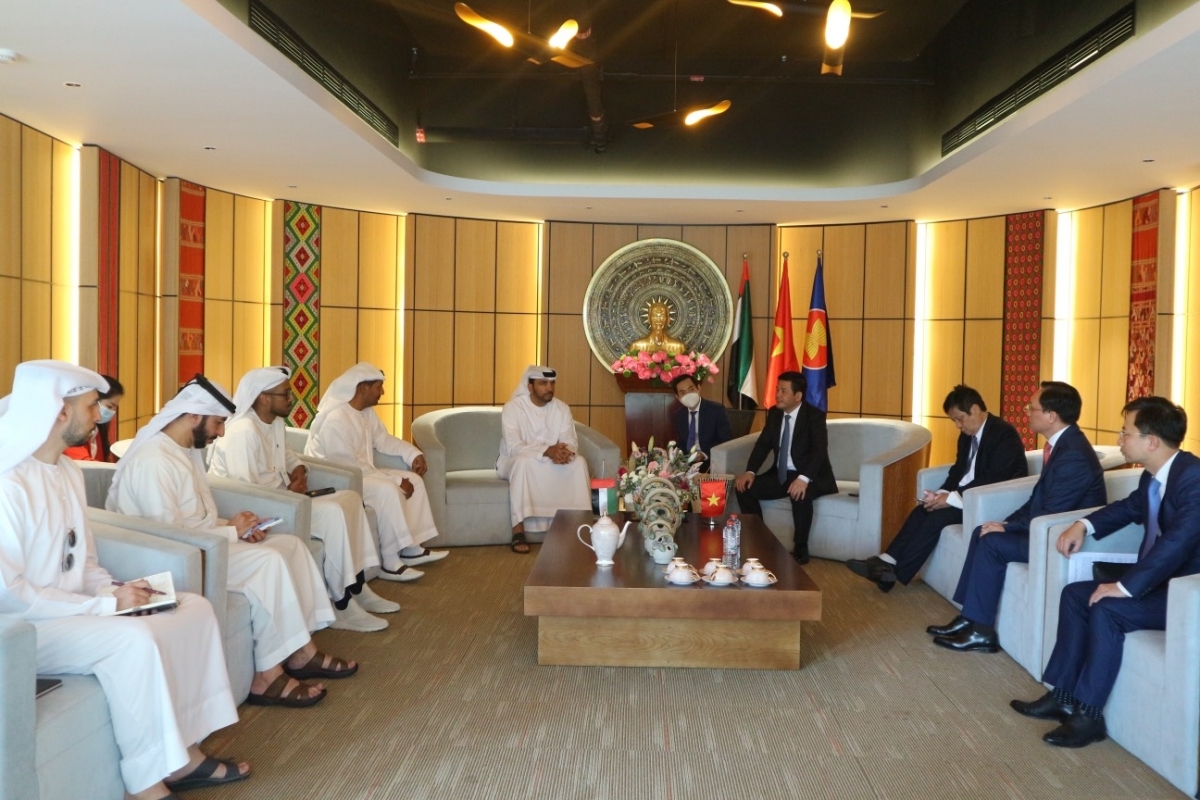 Minister Dien proposes initiatives to foster cooperation between Vietnam and the UAE during working sessions with a number of UAE officials and business representatives (Photo: MoIT)

Dien made the statement during his working sessions on March 28 with Minister of Energy Suhail Mohamed Al Mazrouei, Undersecretary under the Ministry of Industry & Advanced Technology Omar Suwaina Alsuwaidi and CEO of Abu Dhabi National Oil Company Khaled Salmin.

He suggested that the UAE prioritize the supply of petroleum, gas and related products to Vietnam’s petrochemical industry at a preferential price. He called on the UAE to explore investment opportunities in building energy infrastructure in Vietnam and share experiences in developing clean energy so as to realize the country’s commitments at the 26th United Nations Conference on Climate Change (COP26).

According to the Vietnamese Minister, the two sides should consider re-signing their 2019 Memorandum of Understanding on energy cooperation that is about to expire. Both sides should also examine the possibility of signing a trade agreement to facilitate the import and export of petroleum and petroleum products between the two countries.

Minister of Energy Suhail Mohamed Al Mazrouei voiced his support for Dien’s proposals, affirming that the UAE wants to strengthen cooperation with Vietnam and considers the Southeast Asian nation an important and potential partner.

He said he would direct relevant agencies to connect Vietnam’s oil and gas firms with Abu Dhabi National Oil Company and other oil and gas businesses in supplying crude oil, petroleum and related products to Vietnam.

Meanwhile, Undersecretary Omar Suwaina Alsuwaidi spoke highly of Vietnam’s achievements in industrial development, as well as the country’s role in supply chains and production networks both regionally and globally in recent years.

He expressed hope that Vietnam would cooperate with the UAE in engaging in supply chains, in an attempt to realize the UAE adopted strategy of developing Made-in-UAE products.

During the working sessions, both sides also discussed cooperation opportunities in the fields of economy, trade, logistics, and Halal product recognition. They agreed to well organize the coming fifth session of the Joint Commission for Cooperation between Vietnam and the UAE to finalise a legal framework for strengthening cooperation in economy, trade, industry, energy, and logistics.