Vietnam and Israel have made progress during the eleventh round of negotiations on a free trade agreement (FTA) between the two countries. 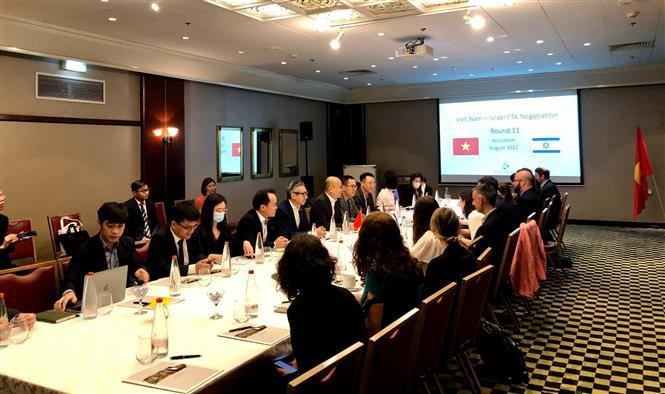 Tel Aviv (VNA) - Vietnam and Israel have made progress during the recently eleventh round of negotiations on a free trade agreement (FTA) between the two countries.

Opening the market, customs and trade facilitation, government procurement, services and investments and other legal and institutional issues were tabled at the eleventh round that took place in Israel on August 1-5.

The two sides agreed on many important contents, especially those related to opening markets to each other.

They pledged to accelerate discussions in the coming time to soon conclude the negotiating process.

The FTA is expected to further boost trade and investment between the two countries as well as bring substantial benefits to enterprises, and citizens of both nations.