Vietnamese Deputy Minister of Foreign Affairs Dang Hoang An has said two-way trade between Vietnam and Belarus remains modest and has yet to match potential. 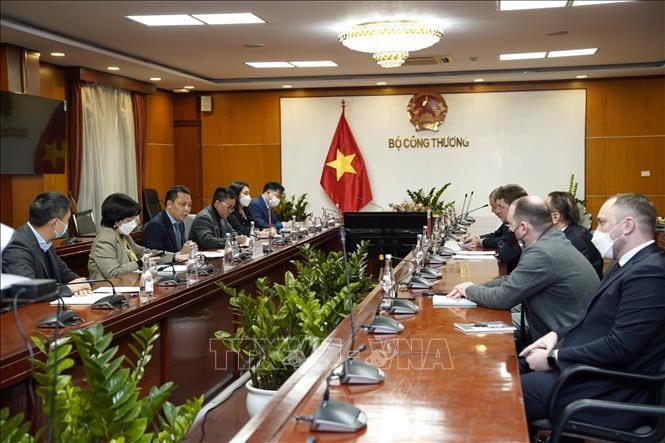 At the working session (Photo: VNA)

Hanoi (VNA) – Vietnamese Deputy Minister of Foreign Affairs Dang Hoang An has said two-way trade between Vietnam and Belarus remains modest and has yet to match potential. During a working session with Belarusian Deputy Minister of Foreign Affairs Mikalai Barysevich in Hanoi on January 11, An wished that the two countries’ businesses would meet together to seek partnership opportunities as part of the upcoming Vietnam visit by Belarusian Prime Minister R.A.Golovchenko. Data from the General Department of Vietnam Customs showed that two-way trade hit 108.5 million USD in 2020, 10.8 million USD of which was from Vietnam’s exports. As of the third quarter of 2021, the figure reached 89.6 million USD, up 38.1 percent annually. Of which, 12.6 million USD was from Vietnam’s exports, up 162.5 percent year-on-year, mostly fruits and vegetables, cashew nuts, rubber and aquatic products. Vietnam predominantly imported transport vehicles, spare parts, milk and dairy products, pharmaceuticals and fertilisers from the European country. Barysevich lauded Vietnam as one of the most trustworthy and important partner of Belarus in the region, adding that Belarus continues lifting bilateral ties to strategic partnership level. Therefore, the upcoming visit is expected to create an important driving force to upgrade ties to a greater height, particularly in trade and investment. An affirmed that the Vietnamese Ministry of Industry and Trade (MoIT) will work closely with the Foreign Ministry and relevant ministries and agencies to effectively arrange the visit. 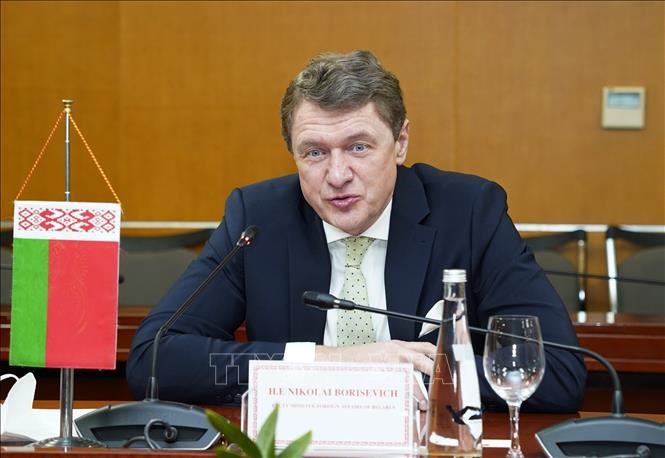 The two sides basically agreed with the organisation of the 15th meeting of the Vietnam – Belarus Inter-Governmental Committee on Economic, Trade and Scientific-Technological Cooperation in late March. The MoIT will work with the Belarusian Embassy in Vietnam regarding the meeting. Following the working session with the MoIT’s leaders, Barysevich will work with the MoIT’s Vietnam Trade Promotion Agency on initiatives to boost bilateral trade. The same day, leaders from the Vietnam – Belarus Friendship Association (VBFA) held a meeting with visiting Belarusian Deputy Minister of Foreign Affairs Mikalai Barysevich in Hanoi. Speaking at the event, VBFA Chairman Nguyen Tuan Phong informed Barysevich that amid the pandemic, the association still maintained friendship exchange activities to boost ties between the two countries' people, which also received warm response from its members and active support from the Belarusian Embassy in Vietnam.

He wished that ties between Vietnam and Belarus would be further promoted in various areas, especially in people-to-people diplomacy.

Barysevich, for his part, hailed Vietnam as an important partner of Belarus in ASEAN in diverse areas, including politics, diplomacy, economy, trade, education and training. He expressed his delight at the upcoming Vietnam visit by Belarusian Prime Minister Roman Golovchenko, saying that it will mark a significant milestone on the occasion of the 30th anniversary of bilateral diplomatic ties (January 24). The deputy minister said new driving forces need to be created to develop bilateral ties on par with their political relations./.