Vietnamese Minister of Industry and Trade Nguyen Hong Dien and Belarusian Deputy Prime Minister Anatoly Sivak on March 23 co-chaired the 15th meeting of the Vietnam – Belarus Inter-Governmental Committee on Economic, Trade and Scientific-Technological Cooperation in the form of teleconference. 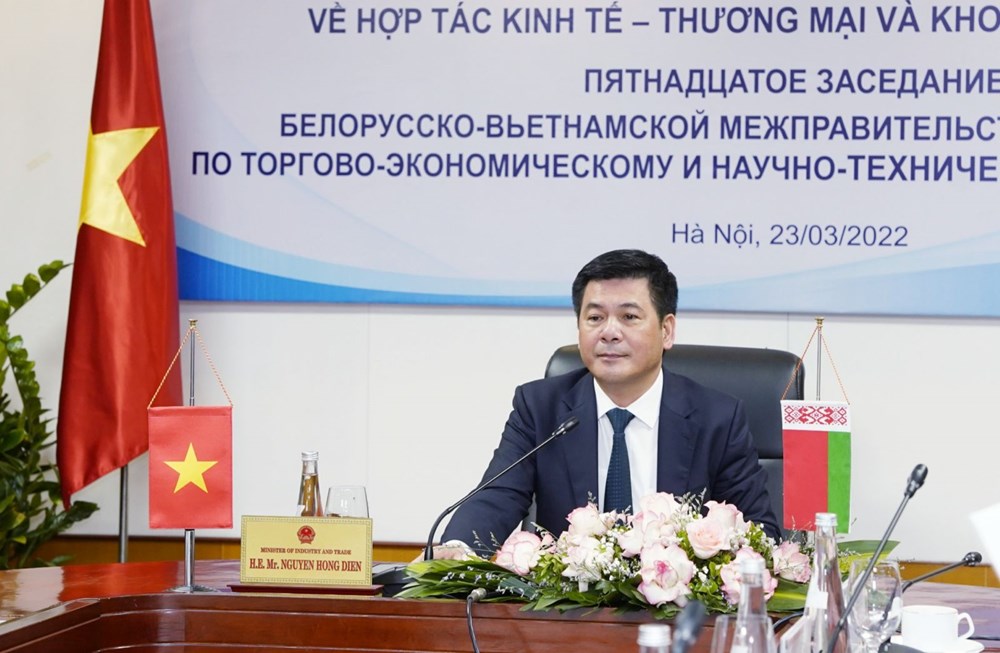 Vietnamese Minister of Industry and Trade Nguyen Hong Dien (Photo: VNA)
Hanoi (VNA) – Vietnamese Minister of Industry and Trade Nguyen Hong Dien and Belarusian Deputy Prime Minister Anatoly Sivak on March 23 co-chaired the 15th meeting of the Vietnam – Belarus Inter-Governmental Committee on Economic, Trade and Scientific-Technological Cooperation in the form of teleconference.
The two sides briefed each other on socio-economic development in the respective countries, reviewed cooperation contents agreed at the previous meeting, and set out cooperation orientations in the time ahead, especially measures to facilitate the operations of their businesses.
In his opening remarks, Dien said the economic, trade, scientific and technological collaboration has maintained its strong growth, especially after the Vietnam-Eurasian Economic Union (EAEU) Free Trade Agreement, to which Belarus is a signatory, came into force in October 2016.
However, the cooperation has still shown limitations, and yet to match potential and strength of each side, he said, stressing the need to set out specific, comprehensive solutions during the meeting to foster the bilateral ties. 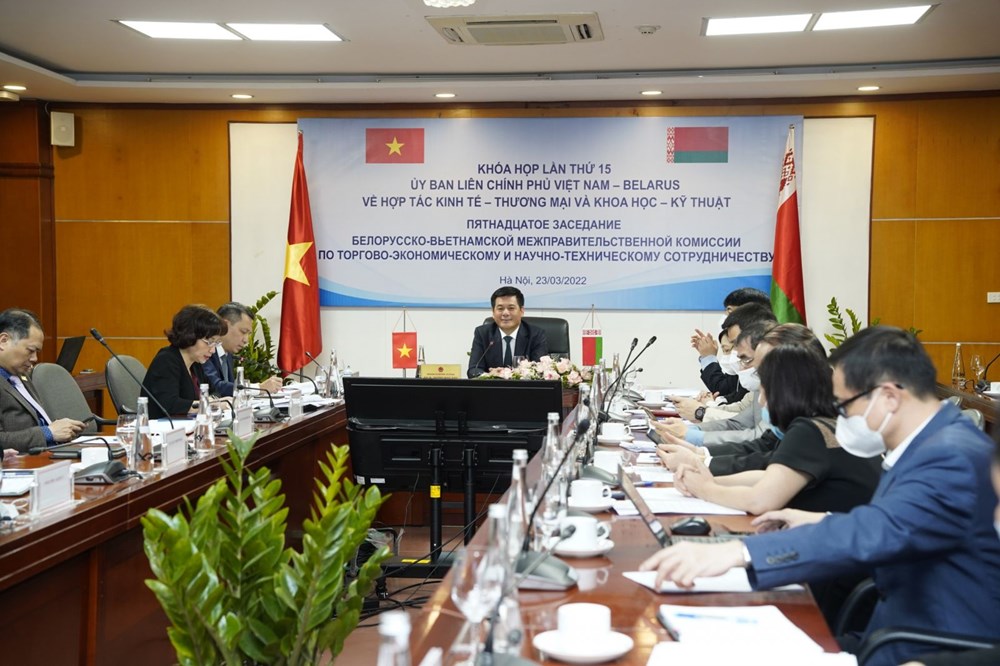 The 15th meeting of the Vietnam – Belarus Inter-Governmental Committee on Economic, Trade and Scientific-Technological Cooperation was held in the form of teleconference. (Photo: VNA)
Deputy Minister of Industry and Trade Dang Hoang An, Vice President of the Vietnamese Sub-Committee, reported that two-way trade still reached 168.8 million USD last year despite COVID-19, up 131.6 percent year-on-year.
Of the total, Vietnam’s export to Belarus was 21.6 million USD, a rise of 338 percent, while Belarus’ export to the Southeast Asian nation was 147.2 million USD, up 116.6 percent.
By the end of 2021, Belarus had run three projects in Vietnam with total investment capital of 32.25 million USD, ranking 67th out of 140 countries and territories investing in Vietnam.
Belarusian Deputy Minister of Industry Ogorodnikov Alexander briefed the participants on the implementation of the protocol on supporting the production of motor transport vehicles in Vietnam, the construction of a dairy factory by Minsk joint venture in Vietnam’s northern province of Hung Yen, and a cooperation project on heavy duty trucks by Belaz company of Belarus.
The two sides exchanged views on potential and measures to enhance cooperation in the fields of industry, trade, agriculture, science - technology, culture, sports, tourism and training.
In his closing remarks, Deputy PM Sivak stressed that Vietnam is always a trustworthy and important partner of Belarus in the region.
With contents reached during the meeting, Vietnam and Belarus will create mechanisms and legal frameworks to promote cooperation in mechanics, food production, technical transfer and pharmaceutical supply, and increase the bilateral trade, he said./.
en.vietnamplus.vn