I. Kitakyushu at a glance

Kitakyushu was established in February 1963 under Japan Government, a fusion of 05 cities including Moji, Kokura, Wakamatsu, Yahata and Tobata. Kitakyushu was first known in the 1600s when Kokura Castle was built, leading to the area’s prosperity as a capital - a commercial and administrative hub in Kyushu.

Kokura Castle of Kitakyushu City was built by General Hosokawa Tadaoki in 1602, then it was rebuilt in 1959. The Kokura Castle has been one well-known place for local residents and tourists to enjoy cherryblooming beauty each spring. 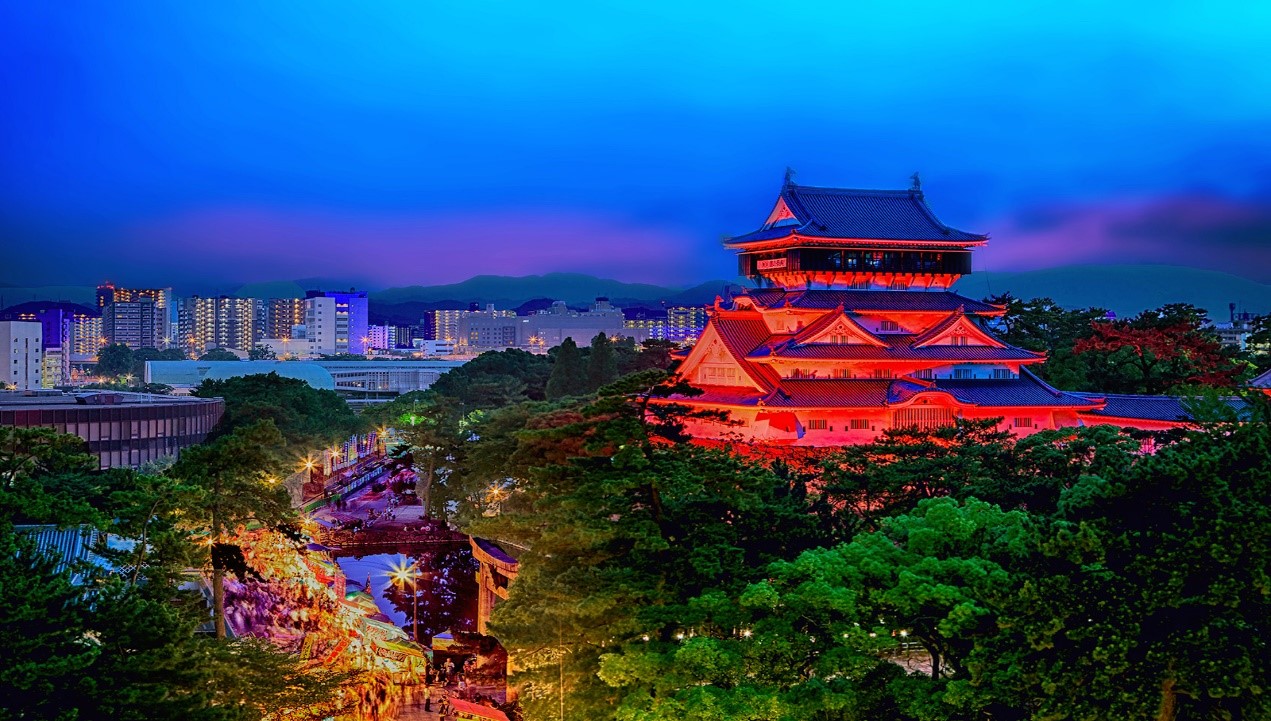 The Kanmon Strait divides Honshu and Kyushu islands and also a bridge between Kitakyushu and Shimonoseki cities. 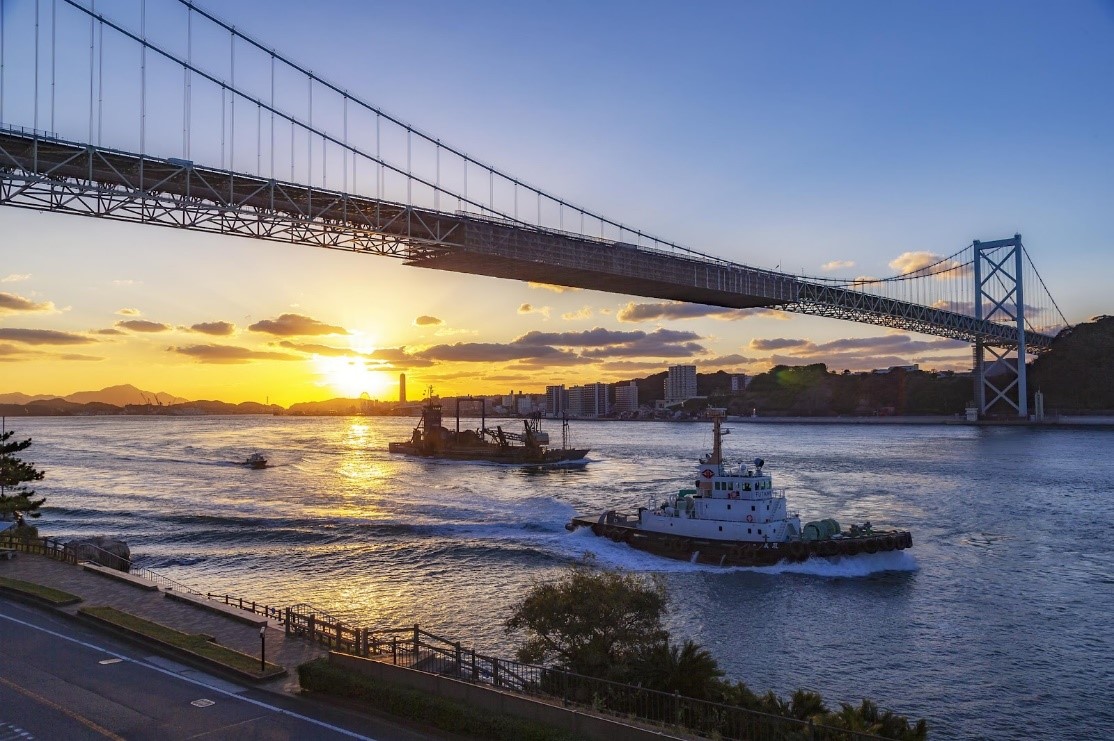 Kawachi Wisteria Park is located in the Sarakura mountain base and is possessed by private owner. The park has a unique style with a huge volume of wisteria flowers. The park is opened from late April to mid May when the flowers are in full bloom. 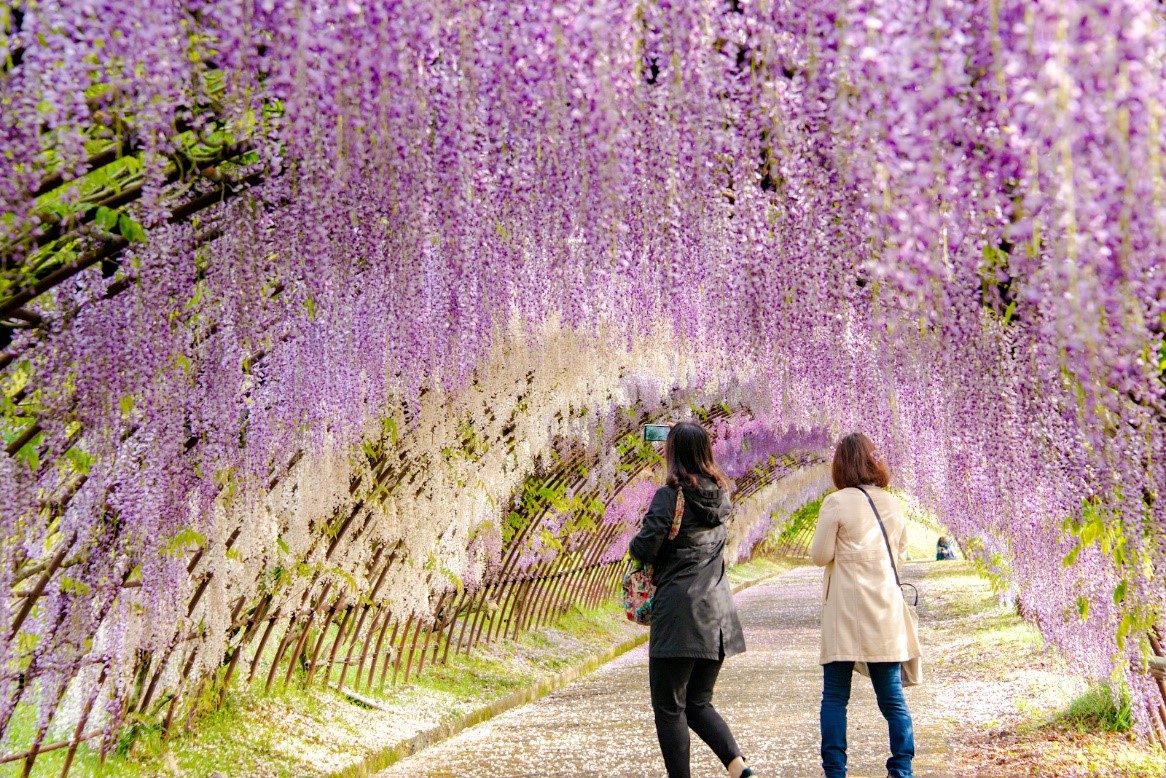 The Festival occurs annually from mid November to mid January of next year at Kokura station, Murasaki bank and other places in the city’s downtown. It has been one of the largest light and flower tunnels made of Azalea flowers in the Western of Japan. 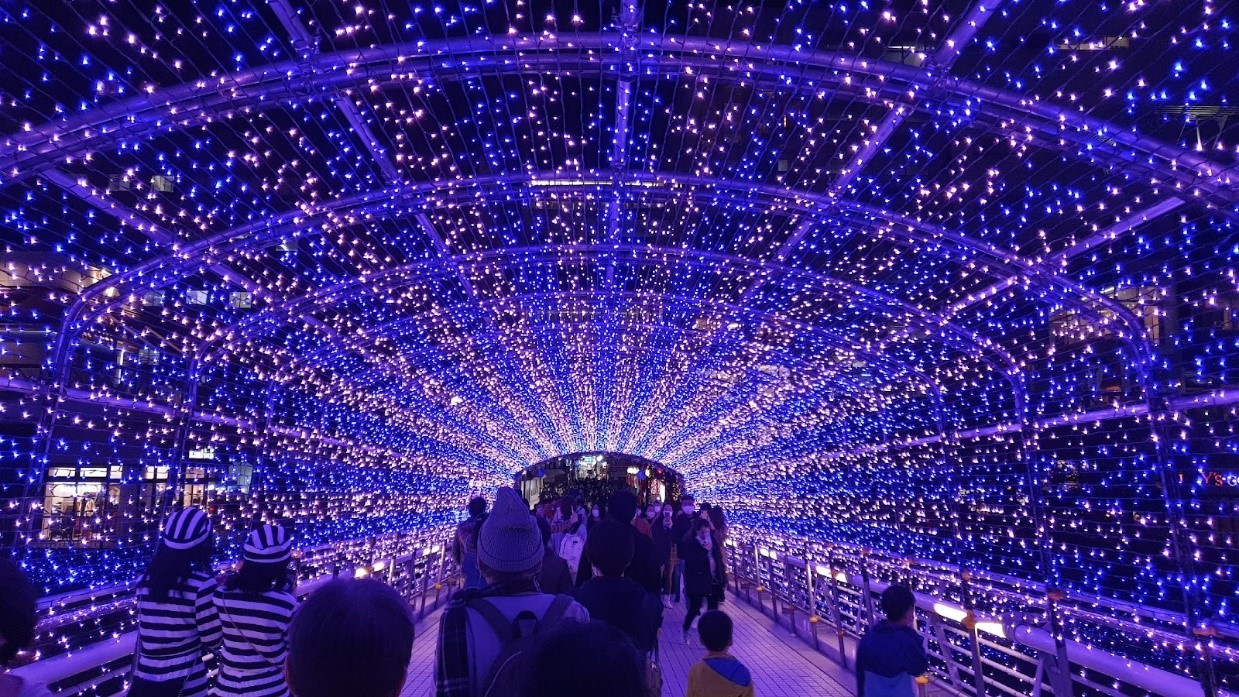 One of the most outstanding thing in the Million Festival is the firework from Kitakyushu sport stadium that marks the final round of the Festival. The Kukinoumi firework festival has been annually organized since 1986 at Dokai Bay. 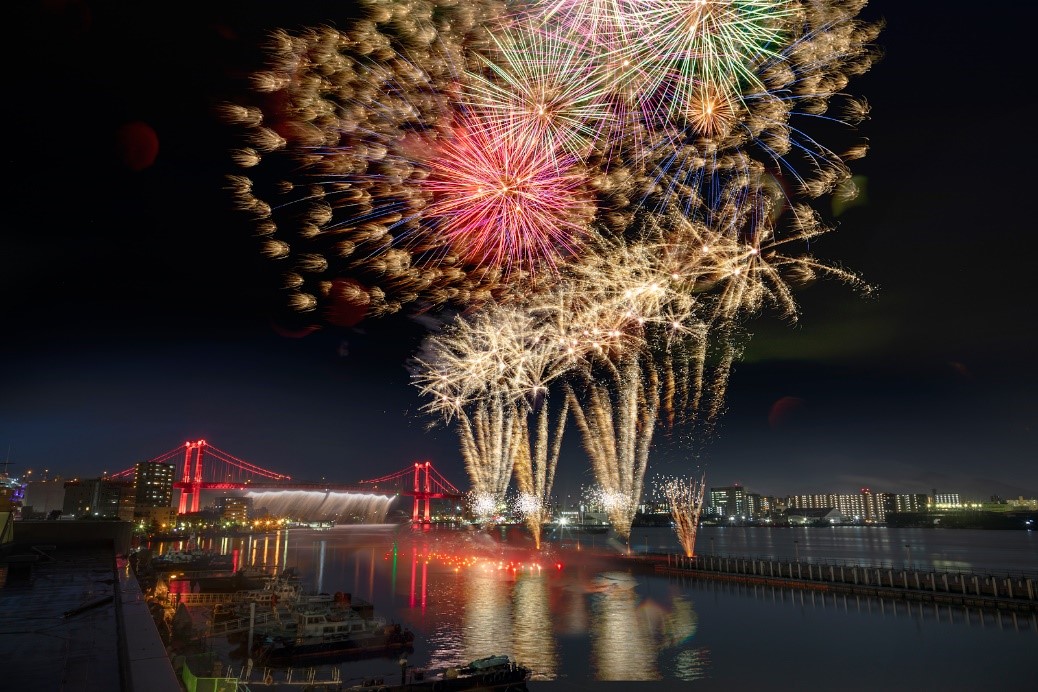 In the 1960s, Japan had achieved a rapid economic growth in which Kitakyushu had risen to become one of the four biggest industrial hubs across Japan. Being chosen as a “exemplary eco city”, Kitakyushu has faced certain challenges as a pioneer in building a friendly-environment and low carbon society. Kitakyushu has been aiming at a developed and prosperious society through “Kitakyushu green corridors plan”.

Kitakyushu has technology and human source as its two treasures in which the city has been investing in science and techniques to become an industrial headquarter. Besides, the city has been well equipped with transport and delivery means, including Kitakyushu airport, Hibikinada deep water sea port and Hibiki container port terminal..

Kitakyushu has accumulated techs and experiences throughout its development as an industrial city with numerous international cooperation activities with (foreign) governments, private sectors and universities.

Hai Phong and Kitakyushu established their friendship and cooperation in 2009 and lifting it up to “sister-city partnership” in 2014 with MoUs signed for cooperatives ties in such fields as economy, culture, health care, education, environment, etc.. The two sides has been collaborating in Hai Phong Green Growth Master Plan; organizing workshops for information exchange and experience sharing, etc. 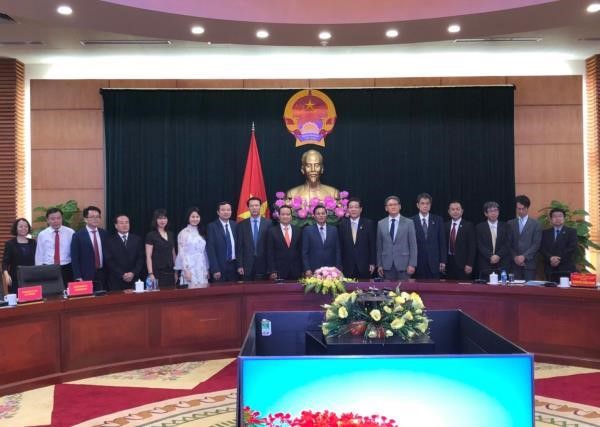 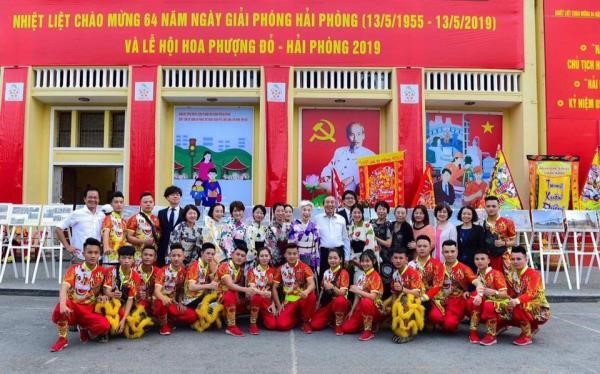 The most efficient and effective cooperative activities between Hai Phong and Kitakyushu have been the environment sector. In fact, Kitakyushu City has cooperated and supported Hai Phong in various green projects, such as Hai Phong Green Growth Promotion Action Plan (2015); Researching on developing low carbon scenarios by 2030; Promoting eco industrial parks towards CO2 neutralization” (2021 - 2023) with a target by 2024. 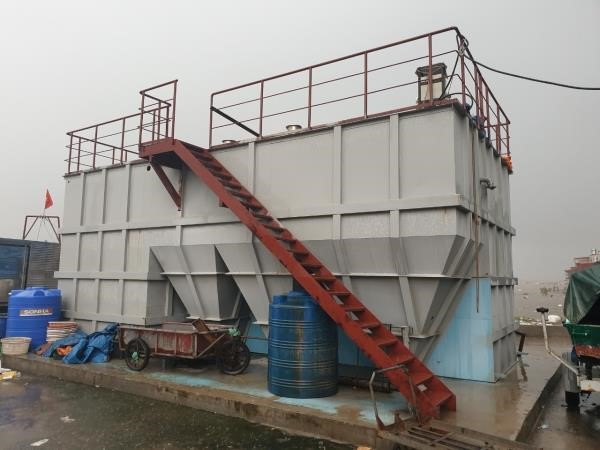 Economic cooperation between the two cities has also achieved positive outputs through with a number of MoU on SMEs exchange program in November 2015 between Hai Phong Industry and Trade Department and Kitakyushu Industrial and Economic Department. 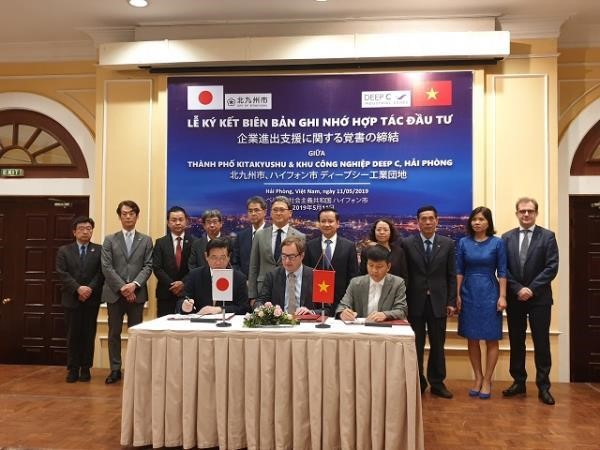 In the field of water supply and drainage, Hai Phong Drainage One Member Ltd. Company and Kitkayushu Water and Sewerage Bureau had signed an technical cooperation MoU with a set of projects on improving drainage system management capacity of Hai Phong under JICA’s sponsorship in the years of 2011-2014 and 2014-2017.

Besides, through the sister-city relation, Hai Phong was invited to join workshops and conferences hosted by Japan Ministry of Environment and Institute for Global Environmental Strategies (IGES) for practical measures in environmental field.

The sister-city relation between Hai Phong and Kitakyushu has been practical, effective in both quality and quantity, demonstrated by the two sides’ achievements. Reviewing 11 years of cooperation, Kitakyushu was considered as one of Hai Phong’s reliable partners./.