Chairman of the National Assembly Vuong Dinh Hue on November 29 separately met with the ambassadors of the Republic of Korea (RoK) and India. 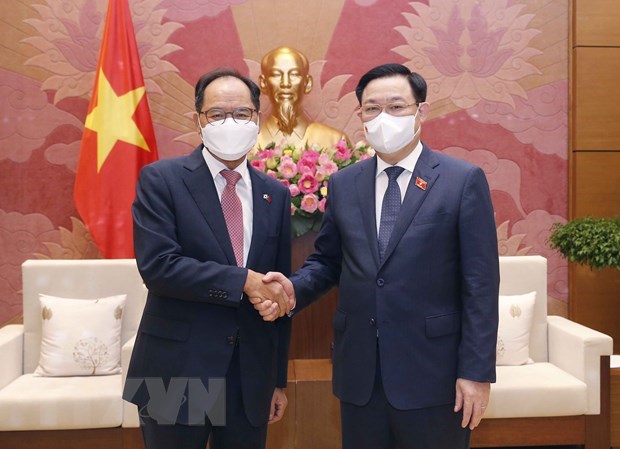 Hanoi (VNA) – Chairman of the National Assembly Vuong Dinh Hue on November 29 separately met with the ambassadors of the Republic of Korea (RoK) and India. At a reception for RoK Ambassador Park Noh-wan, Hue said there is ample room for the Vietnam-RoK strategic partnership to reach a new height. The bilateral ties, through the State, National Assembly and Government channels, and people-to-people exchange, have been strengthened over the past time, Hue said. Despite the COVID-19 pandemic, high-ranking leaders of the two countries have maintained bilateral meetings, both online and in-person, Hue said, recalling his online talks with Speaker of the RoK's National Assembly Park Byeong-seug last June. For his part, Park lauded Vietnam’s efforts in achieving the dual goals of pandemic containment and economic development, with the country working towards the high-income status by 2045. The ambassador conveyed the RoK’s NA Speaker to Hue to pay an official visit to the East Asia and attend the 29th Annual Meeting of the Asia-Pacific Parliamentary Forum (APPF) to be held in Seoul. Korean leaders attach importance to the trip by the Vietnamese chief legislator, he affirmed. 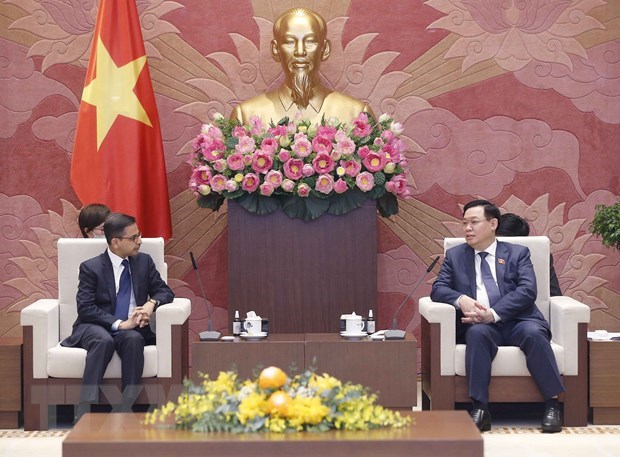 At a meeting with Indian Ambassador Pranay Verma, Hue expressed his belief that the ambassador will make more contributions to enhancing the friendship and cooperation between the two countries, as well as their legislative ties. Verma conveyed the invitations of the Vice President and Chairman of the Upper House and the Speaker of the Lower House of the Indian Parliament to NA Chairman Hue to pay an official visit to India. He said the bilateral legislative cooperation has become a pillar of the Vietnam-India comprehensive strategic partnership, as well as at the multilateral parliamentary forums to which both legislatures are members./.