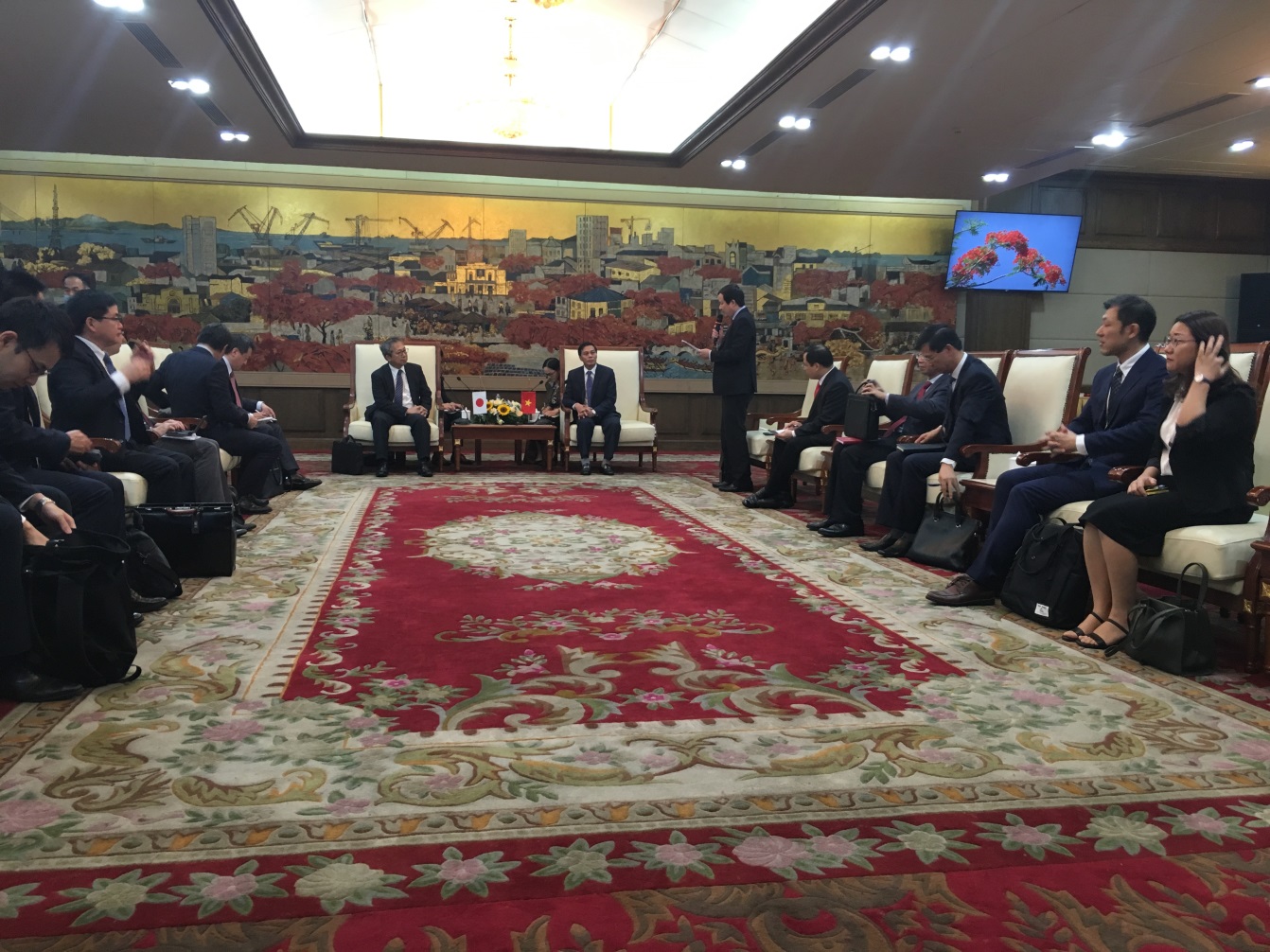 The scene of the meeting. Photo: Department of Foreign Affairs. 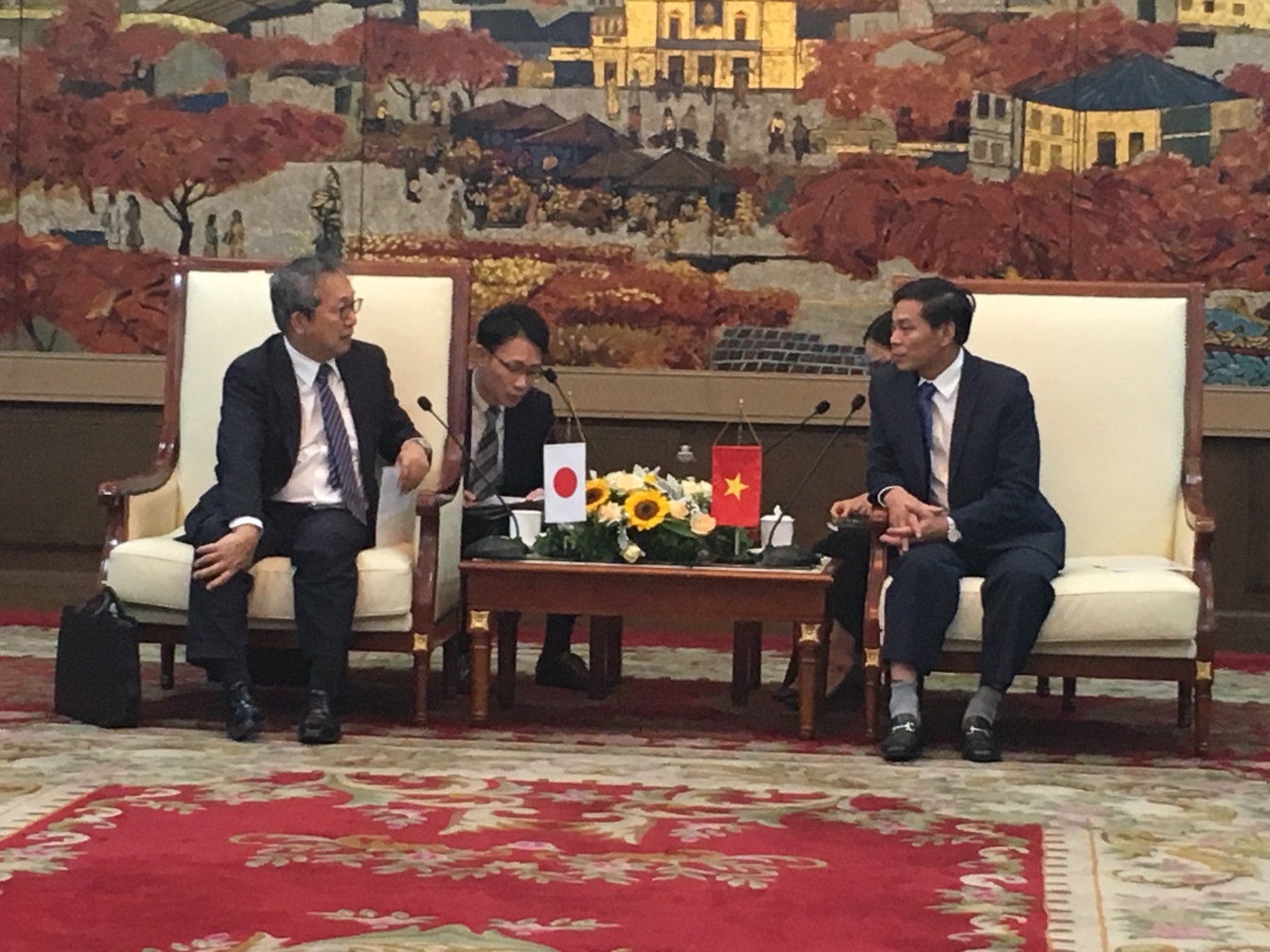 At the meeting, Chairman of Hai Phong People’s Committee, Mr. Nguyen Van Tung highly appreciated Japanese Embassy to Vietnam and Japanese partners for their current cooperation and work with Hai Phong City’s administrative departments that has made positive cooperation to the city’s socio-economic development and drastic changes in infrastructural appearance. The Chairman mentioned that Japan has had a large number of foreign direct investment (FDI) projects in the city; Japanese investors’ projects have been effectively implemented. Besides, in 2020, Japanese enterprises in the city were highly awared of the COVID-19 prevention and control’s significance. Being invested over $05 billion in total, Japanese FDI projects had significantly contributed to Hai Phong City’s development at present and in the future. Such new projects as Hai Phong AEON MALL or Nikko Hotel had been well operated; Sakura Golf Course project had received the city’s attention and support in handling procedural problems and was expected to be put into operation soon. Regarding Liquified Natural Gas Project under cooperation between Hai Phong and JERA Vietnam Ltd. Company and Exxon Mobil Hai Phong Energy Ltd. Company, the Chairman informed that the project was proposed to be added into Power Plan VIII and had been in waiting list for Central Government’s approval; Hai Phong also urged JERA Vietnam Ltd. Company ExxonMobil Hai Phong Enery Ltd. Company to push up their pre-feasibility study project. Talking to the Ambassador at the meeting, the Chairman was glad to inform Hai Phong City’s attempts and results in the pandemic COVID-19 prevention and control with only 06 infected cases, the city’s economic growth had kept a GRDP growth of over 11% in the year of 2020; total budget revenue exceeded target; agricultural and light industrial manufacturing value had been maintained at a high level; Hai Phong was considered one of the top cities across the country given economic development regardless of negative impacts by COVID-19. The Chairman requested the Ambassador’s attention for supporting and boosting promotion of air route between Hai Phong and Japan in the coming time. 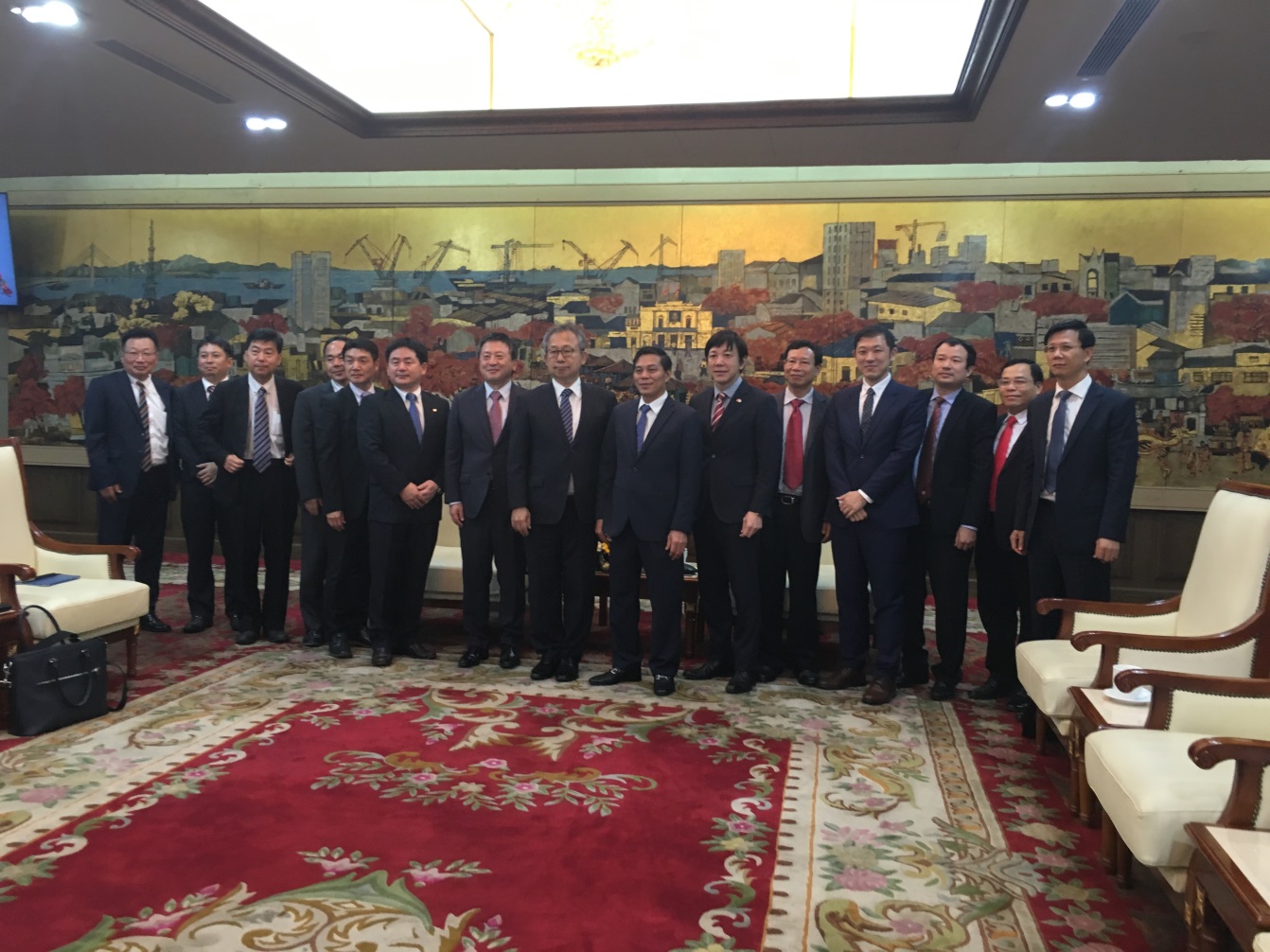 Japanese Ambassador to Vietnam took photo with Chairman of Hai Phong People’s Committee and delegates at the meeting. Photo: Department of Foreign Affairs.

Japanese Ambassador expressed his impression on Hai Phong’s current development in its attempts to construct urban infrastructure such as Lach Huyen International Port, Hanoi – Hai Phong Express Way, AEON Mall Hai Phong, etc. The Ambassador highly valued Hai Phong City’s attempts and achievements in the pandemic COVID-19 prevention and control, expressing his sympathy regarding difficulties which enterprises had been handling due to the pandemic COVID-19’s impacts. The Ambassador requested Hai Phong City to continue listening to and supporting Japanese enterprises doing business in the city. Also, the Ambassador was pleased to propose the two sides’ consideration in a cultural event organization on the occasion of the 50th anniversay of diplomatic relations between Vietnam and Japan (in 2023).

Attending the meeting, representatives of JICA Vietnam, JETRO Vietnam, Bridgestone Vietnam Tire Manufacturing Ltd. Company expressed appreciation to Hai Phong City’s cooperation and support to Japanese enterprises’ activities in the city as well as to a number of certain suggestions of the city. Chairman of the City People’s Committee appreciated and acknowledged Japanese enterprises’s information.

The working visit of the Ambassador, H.E. Yamada Taiko to Hai Phong City showed Japan’s attention to the city socio-economic development and expectation for further, stronger, and more effective cooperation in the future between Japan and Hai Phong not only in business and investment but also in other numerous fields./.
LÊ HẠNH