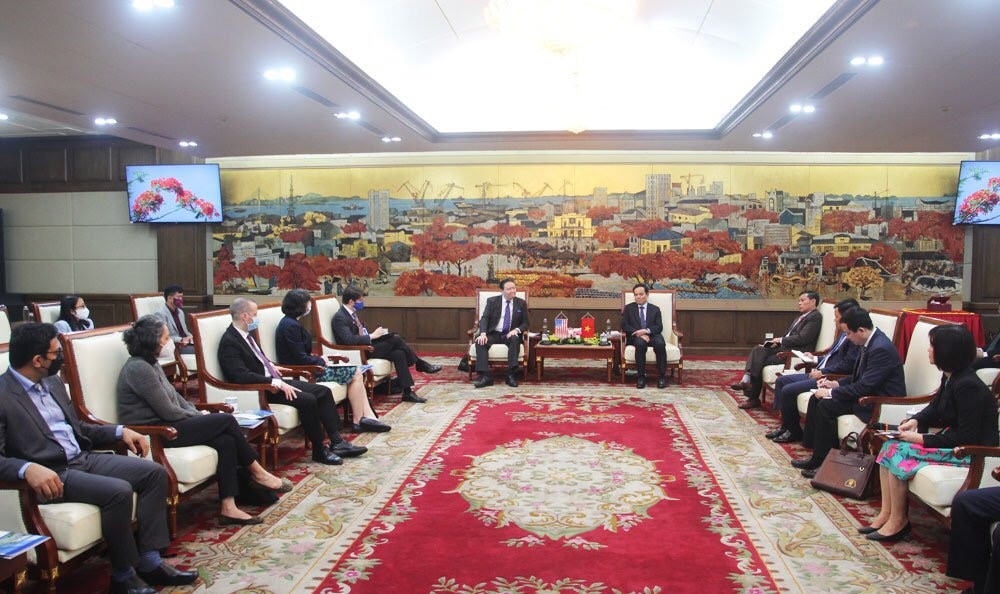 The courtesy call between the US Ambassador and Secretary of Hai Phong City Party’s Committee. Photo: the city digital website.

The US Ambassador expressed his impression of Hanoi – Hai Phong Expressway and the vibrant atmosphere of Hai Phong City on the path of socio-economic development. Responding to the interests and impression of the US Ambassador, the Secretary of the City Party Committee shared features that contribute to the city’s economic performance. Indeed, the city’s strategic location and well-connected transport system bringing together all types of vehicles has benefited industries, particularly logistics. For instance, increasing the capacity of international seaports to handle high-volume cargo ships and create favorable conditions for transportation of goods from Hai Phong port to overseas. In terms of industrial parks and economic zones of the city, Hai Phong planned to build 15 more industrial parks and among these parks there have been 5 to 6 industrial parks planned and established. In addition, thanks to the coastal length, the city planned to expand industrial parks and economic zones towards the sea and that will be a great contributor to enhance the investment attraction and logistic growth of the city in the future. Since economic growth has a significant contribution from highly skilled workforces, the city has a tradition of incubating talented human sources that has been proved in a number of talented students who annually gain international and national awards. The Secretary also underlined that, typical points regarding the education tradition of the city was that the city always offered highest rewards to excellent students who gained international and national winning awards, and that the city used to be a place for kings, queens, and loyalties’ relatives to live and stay. Such facts have made a contribution to the differentiation of Hai Phong City in education development and indirectly in economic one. 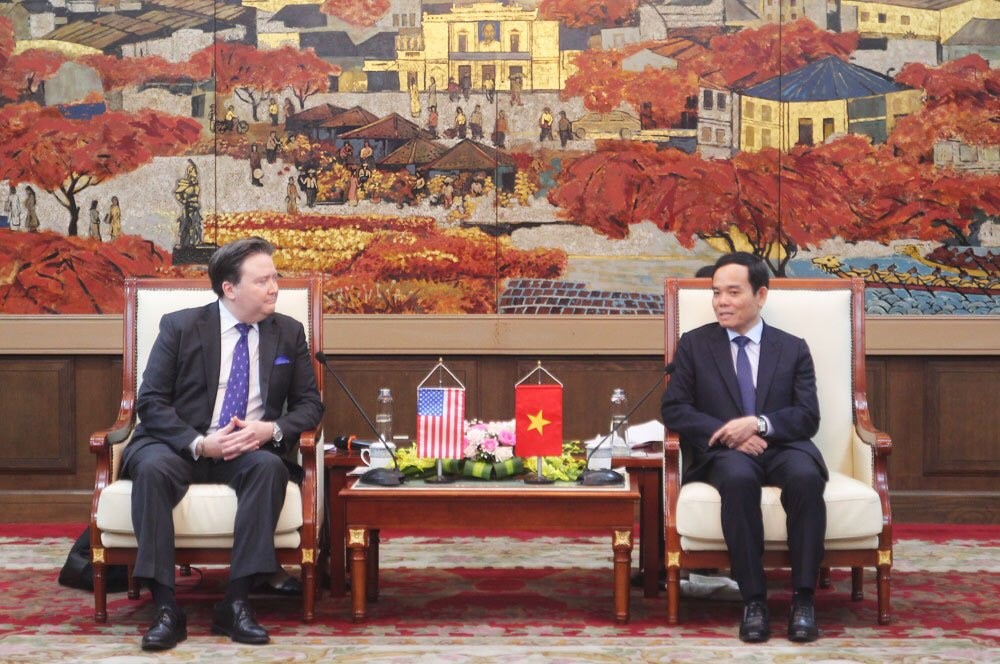 Responding to some concerns from the Ambassador, the Secretary mentioned goodwill and cooperation of Hai Phong City in working with foreign investors and enterprises, including American ones, in renewable and clean energy production and supportive components manufacturing, education, health care, and security that is grounded on both sides’ interests and benefits. Challenges related to certain proposal projects from US companies got sympathy from the city and common efforts to ease knots. Besides, to meet demands of an emerging urban city and to bring a worthily livable urban environment to more than 10,000 foreign experts and investors who have been working and living in the city, Hai Phong has been interested in investing in modern infrastructure facilities such as international hospitals, international schools, etc. The city has looked forward to further fruitful cooperation with foreign partners including American investors. 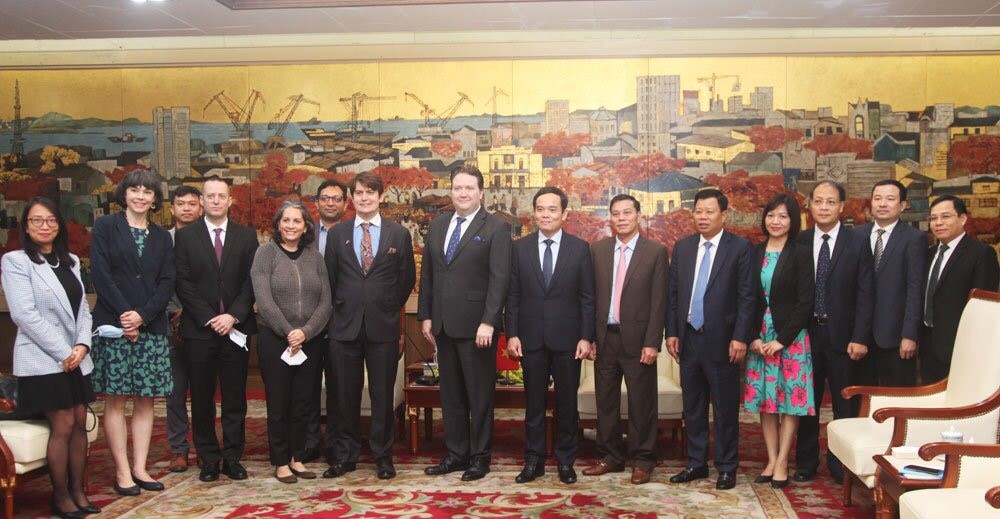 The Ambassador and the crew took photos with Hai Phong City’s leaders and representatives of related Departments. Photo: the City digital website.

After the meeting with the city’s leaders, on the same day, the Ambassador and the embassy’s crew visited Vietnam GE Ltd. Company and Vinfast./.