On the morning of March 30, 2022, Ambassador Extraordinary and Plenipotentiary of the Republic of Singapore in Vietnam H.E Jaya Ratnam had a meeting with Hai Phong City’s leaders. H.E Tran Luu Quang, Member of the Party Central Committee, cum Head of the National Assembly Hai Phong City’s delegation, Secretary of the City Party Committee, hosted the meeting. Attended the meeting were Mr. Nguyen Van Tung, Deputy Secretary of the City Party Committee, Chairman of Hai Phong People’s Committee, and leaders’ representatives of the Department of Foreign Affairs, Department of Planning and Investment, Hai Phong Economic Zone Authority, and other related agencies. 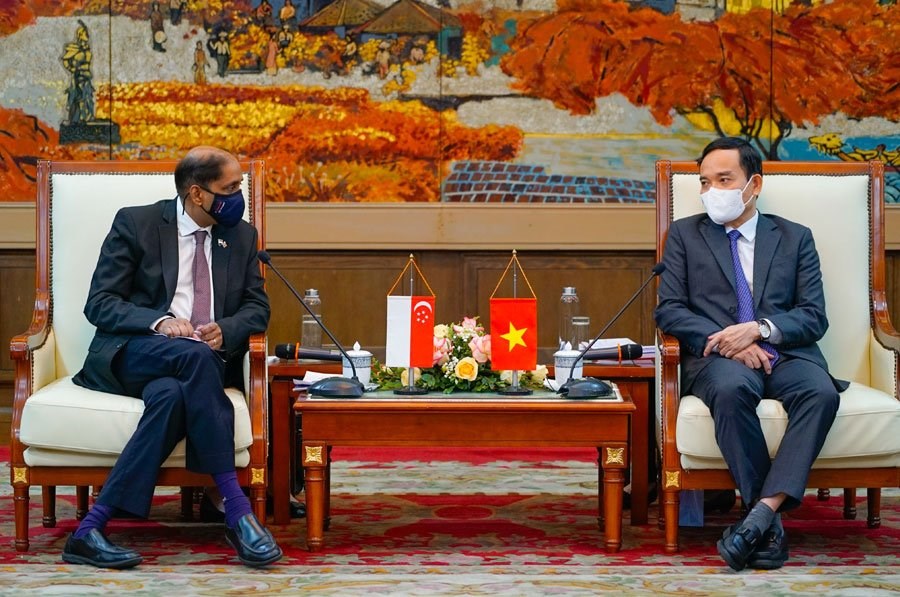 At the meeting, H.E Ambassador expressed his impression of Hai Phong’s socio-economic development in recent years, specially the achievements in prevention and control of the COVID-19 pandemic. The H.E Ambassador shared his views on strong relationship and cooperation between Vietnam and Singapore which have been proven and strengthened by increasing figures in economic and trade fields. H.E Ambassador also mentioned, celebrating 50 years of diplomatic relation establishment between Vietnam and Singapore and 10 years of strategic partnership between the two countries, State President Nguyen Xuan Phuc took official visit to Singapore in February 2022 and got important appointments with Singaporean leaders and important deals got signed by the both sides that has opened more cooperation opportunities in numerous fields including digital transformation, renewable energy, green and sustainable development, etc. Interests of Singaporean investors to Vietnam has been underlined in perspectives of H.E Ambassador. Opened in Vietnam for more than 10 years, the model of VSIP has been named a symbol of effective cooperation between Vietnam and Singapore, said H.E Ambassador. The “I” in VSIP would like to be shifted from “Industry” to “Innovation” as H.E Ambassador shared about VSIP’s perspective approach. 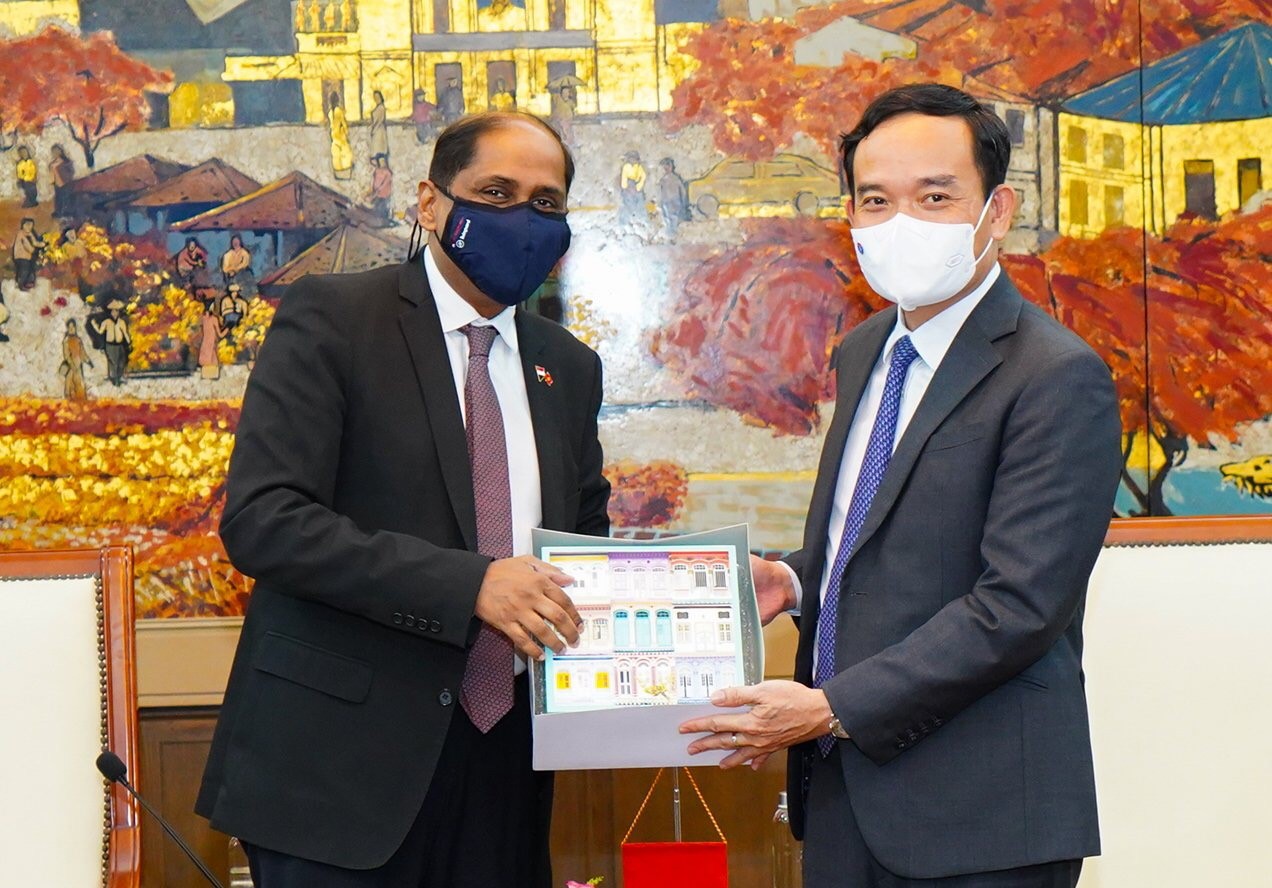 H.E Ambassador and Secretary of the City Party Committee took a photo with the souvenir. Photo: Hai Phong People’s Committee

Secretary of the City Party Committee Tran Luu Quang welcomed the H.E. Ambassador and the delegation for having time to come to Hai Phong and being interested in potential fields for cooperation opportunities between both sides. Regarding the areas Singapore interested in Hai Phong City, Secretary of the City Party Committee mentioned, the Embassy can contact the Department of Foreign Affairs and Department of Planning and Investment for discussion and planning in detailed cooperative activities ongoing time. 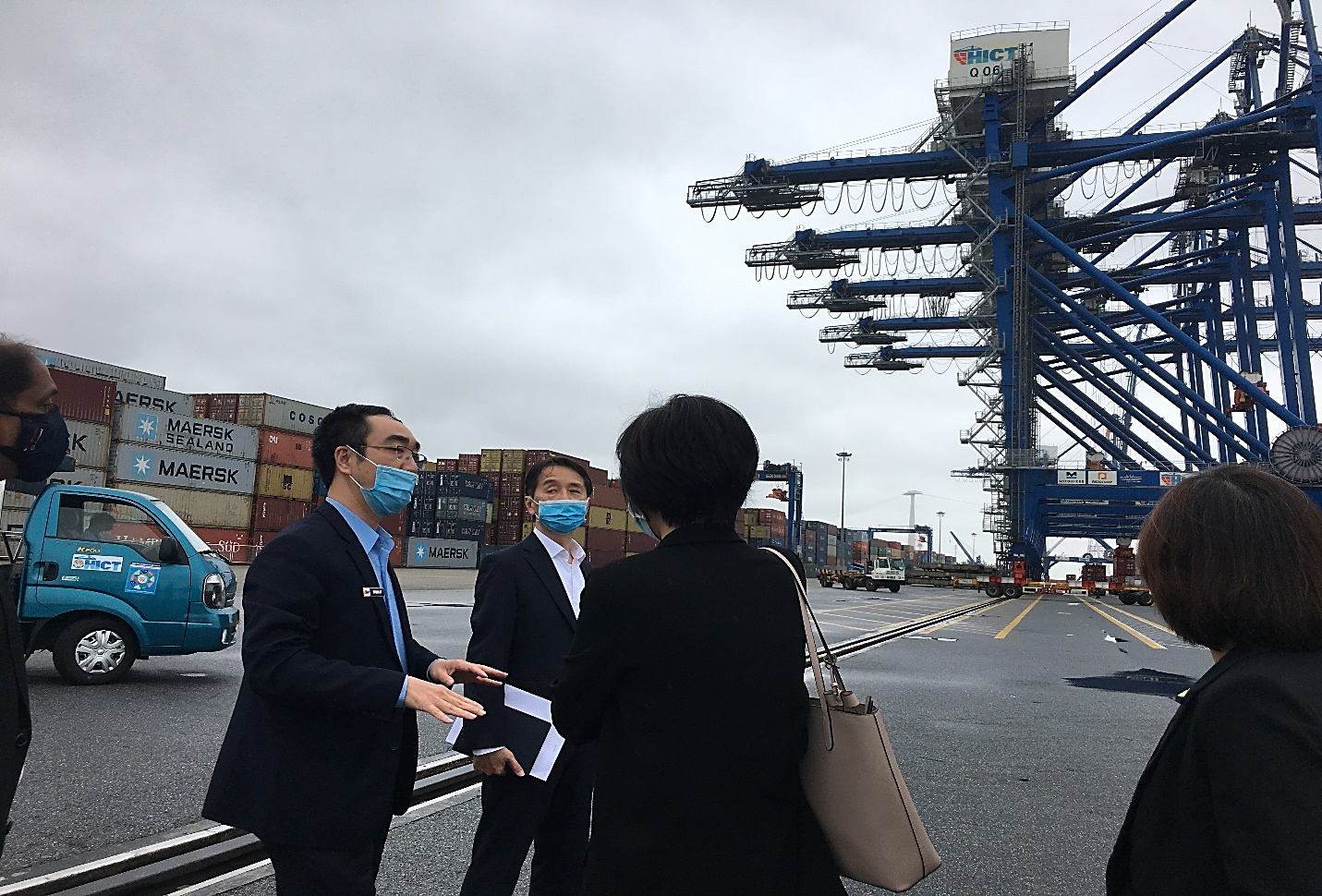