The Vietnam Embassy in Malaysia introduced the country’s strategy for the sustainable development of its sea-based economy at the Maritime Institute of Malaysia (MIMA) on March 19. 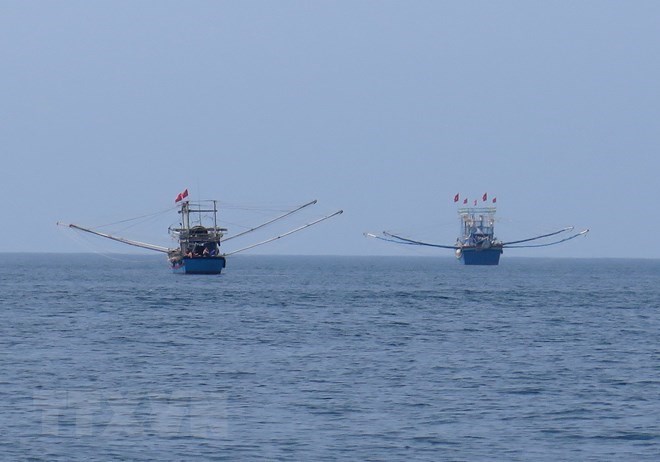 The event attracted representatives from Malaysian ministries of foreign affairs, defense, transport, universities, and research institutes, as well as diplomatic corps from the US and Australia.

He briefed key points of Resolution No 36-NQ/TW on sustainable marine economy growth strategy by 2030, with a vision toward 2045.

MIMA is a policy research institute set up by the Malaysian Government to look into matters relating to Malaysia's interests at sea and to serve as a national focal point for research in the maritime sector.

Vietnam has a coastline extending over 3,260km and thousands of islands, with more than 20 typical ecosystem types. As coastal ecosystems facilitate the breeding of a variety of marine species, they pose huge potential for biodiversity while also serving as a basis for the stable development of some sea-based economic sectors such as fishing and tourism.

Fish reserves are estimated at 5.4 million tonnes, with sustainable exploitation potential reckoned at 2.4 million tonnes per year. Meanwhile, as the most cost-effective mode of transportation, shipping plays an integral role in the national economy and moves 90 percent of the country’s import and export cargo.
Vietnam News Agency