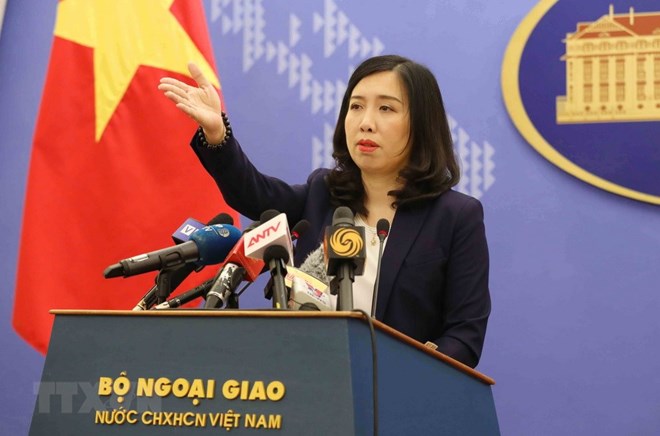 Hang made the statement while fielding questions from reporters on the issue on March 21.

The diplomat elaborated that Vietnam has sufficient legal basis and historic evidence affirming its sovereignty over Hoang Sa (Paracel) and Truong Sa archipelagos in accordance with international law.

Taiwan’s continuation of live-fire drills in the waters surrounding Ba Binh island in Vietnam’s Truong Sa archipelago, despite Vietnam’s opposition, is a serious violation of Vietnam’s territorial sovereignty over the archipelago, posing a threat to peace, stability, and maritime security and safety, as well as causing tension and complicating the situation in the East Sea, she stressed.
Vietnam News Agency