The international community has continuously called on parties concerned to follow international practices and rules, especially the 1982 United Nations Convention on the Law of the Sea (UNCLOS) amid the complicated developments in the East Sea. 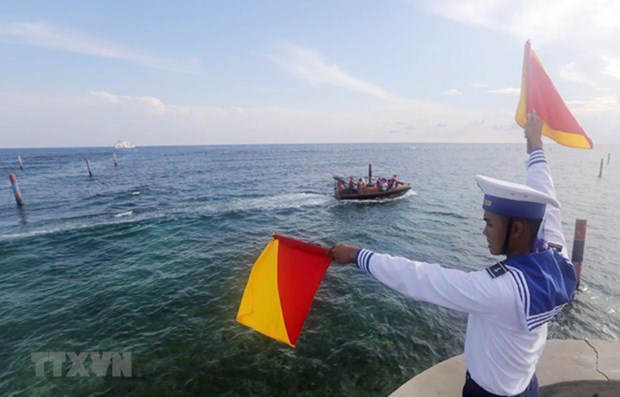 Hanoi (VNA) – The international community has continuously called on parties concerned to follow international practices and rules, especially the 1982 United Nations Convention on the Law of the Sea (UNCLOS) amid the complicated developments in the East Sea.

At the 31st meeting of States Parties to the UNCLOS in New York in late June, head of the Vietnam Mission to the UN Ambassador Dang Dinh Quy stated that the East Sea is an important international sea route so that the maintenance of peace, security, stability, maritime safety and freedom holds significance to peace and development in the region and the world. He reaffirmed Vietnam’s stance that every dispute must be settled via peaceful means on the basis of respect to international law, including the UN Charter and the 1982 UNCLOS, as well as diplomatic and legal processes, without the use of force or threat to use force. To ensure the law-abiding principle in the East Sea in the current context, parties concerned need to fully implement the Declaration on the Conduct of Parties in the East Sea (DOC) and soon reach a practical and efficient Code of Conduct in the East Sea (COC) in accordance with international law, including the 1982 UNCLOS, he said. In a statement on July 12, Japanese Foreign Minister Toshimitsu Motegi said the Permanent Court of Arbitration (PCA)’s ruling five years ago is final and legally binding for the parties to the dispute under the provisions of the UNCLOS. He expressed strong opposition to unilateral attempts to change the status quo in the East Sea. In a press statement on July 11, US Secretary of State Antony Blinken rejected China’s expansive maritime claims in the East Sea as having no basis in international law. The international community has long benefited from the rules-based maritime order, where international law, as reflected in the 1982 UNCLOS, sets out the legal framework for all activities in the oceans and seas, he stated. 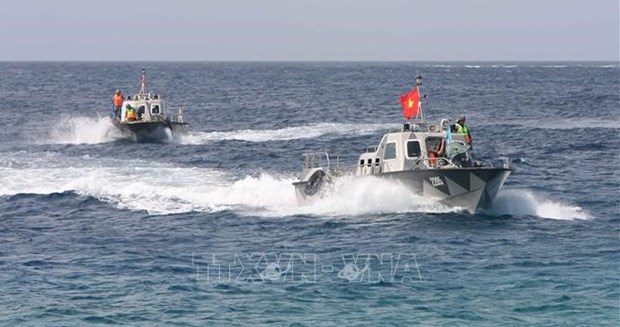 In the East Sea (Photo: VNA)

The Global Affairs Canada, the department that manages Canada's diplomatic and consular relations, also issued a statement in which it reiterates the need for all involved parties to comply with the ruling, stating that the decision is a significant milestone and a useful basis for peacefully resolving disputes in the waters. The country voiced its support for lawful commerce, navigation and overflight rights, as well as the sovereign rights and jurisdiction of coastal states in the waters, exercised in accordance with international law, including the UNCLOS, it said. Malaysia’s Theinsnews.com on July 11 also ran an article saying that the 1982 UNCLOS is an important legal instrument to define issues relating to sovereignty, territorial waters and rights and obligations of a maritime state. This is the legal basis for coastal states to make maritime policies and develop corresponding legal documents. In an article, Dr. Alexander Korolev and Dr. Irina StreInikova from Russia’s Higher School of Economics wrote that the PCA’s ruling became an important milestone in the history of territorial disputes in the East Sea, and international law plays the supreme role in resolving these disputes. During the fourth workshop held by the Asia - Africa Institute at the Hamburg University of Germany in early July, Prof. Thomas Engelbert from the Hamburg University noted that the international community has stressed the importance of complying with international law while strongly protesting against the infringements of the UNCLOS as well as the refusal to adhere to the PCA ruling. Prof. Suzette Suarez from the Bremen University of Applied Sciences described the PCA ruling as a legal document with high international value and an important role in resolving disputes and demarcating the outer limits of the continental shelf in the East Sea, which is a binding and compulsory procedure under UNCLOS. Based on international law and the PCA verdict, China’s “nine-dash line” claim and other claims of sovereignty in the East Sea are completely void, she said./.