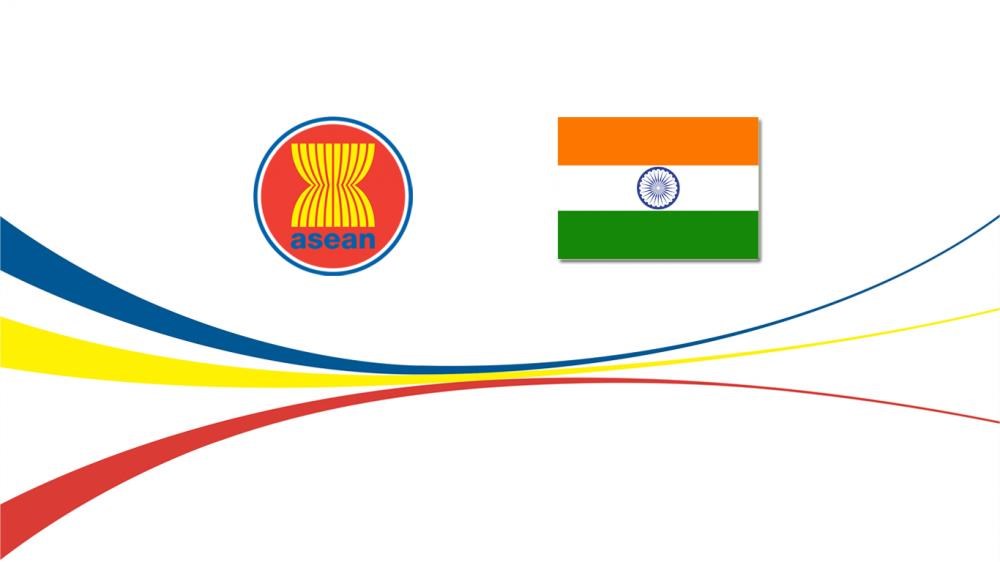 Illustrative image (Source: asean.org)
New Delhi (VNA) – Vietnam has been playing a highly active role in enhancing ASEAN - India relations, Vietnamese Ambassador to India Pham Sanh Chau told the Vietnam News Agency (VNA)'s resident correspondent in New Delhi.
The Special ASEAN - India Foreign Ministers’ Meeting (SAIFMM) is scheduled to take place in New Delhi on June 16 and 17 as part of activities marking 30 years of dialogue relations between the two sides.
Highlighting the sound connections between India and 10 ASEAN countries, Chau said ASEAN has dialogue relations with many countries, and India is a very important partner.
According to the diplomat, bilateral ties have been growing in all aspects. First, economic and trade links have been increasing fast, which can been seen in Vietnam’s trade with India surging to almost 13 billion USD at present from about 200 million USD in 2000.
The second is on security and politics with both sharing many similar viewpoints on international and regional issues, especially the East Sea issue and the Indo-Pacific vision, he said, elaborating that India supports ASEAN’s centrality, both sides attach great importance to law respect and law adherence, and they also wish to build a region of peace, stability, and development, as well as a free, open, and international law-based Indo-Pacific region.
Third, most of the ASEAN countries and India advocate peace and justice when it comes to international issues. Fourth, they have been cooperating closely in science - technology and education.
The fifth is connectivity cooperation, especially in air and road transport, he noted, expressed his hope for a road from New Delhi through northeastern India, Myanmar, Thailand, and Laos to Hanoi in the future.
The last but not least is people-to-people exchange. The number of ASEAN and Indian visitors to each other’s destinations has been on the rise while Indian people living in Southeast Asia are also increasing, which reflects the close-knit ties between the two sides, he added. 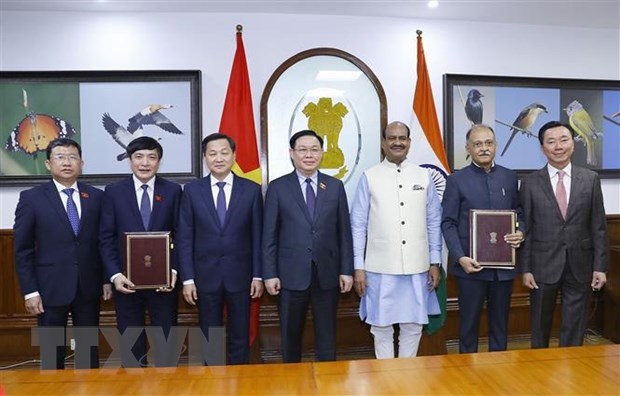 NA Chairman Vuong Dinh Hue (centre) in a visit to India in December 2021 (Photo: VNA)
Among ASEAN countries, Vietnam boasts a traditional friendship with India. While serving as the coordinator of ASEAN - India relations during 2015 - 2018, Vietnam held a special ASEAN - India summit and helped lift bilateral relations to a new height.
The two countries share many similar viewpoints on international issues and have showed those viewpoints when both were non-permanent members of the UN Security Council in 2021.
With such a stature and an open foreign policy of independence, self-reliance, and diversification and multilateralisation of foreign relations, Vietnam has been playing a highly active role in helping strengthen ASEAN - India relations, Chau stressed.
The ambassador described 2022 as a special year since Vietnam and India will celebrate the 50th founding anniversary of diplomatic ties, ASEAN and India mark 30 years of their dialogue relations, and India mark its 75th Independence Day.
He underlined the thriving Vietnam - India partnerships in defence, politics, trade, investment, tourism, and people-to-people exchange, affirming that 2022 is a very positive year in multiple aspects for both Vietnam - India and ASEAN - India ties./.
en.vietnamplus.vn