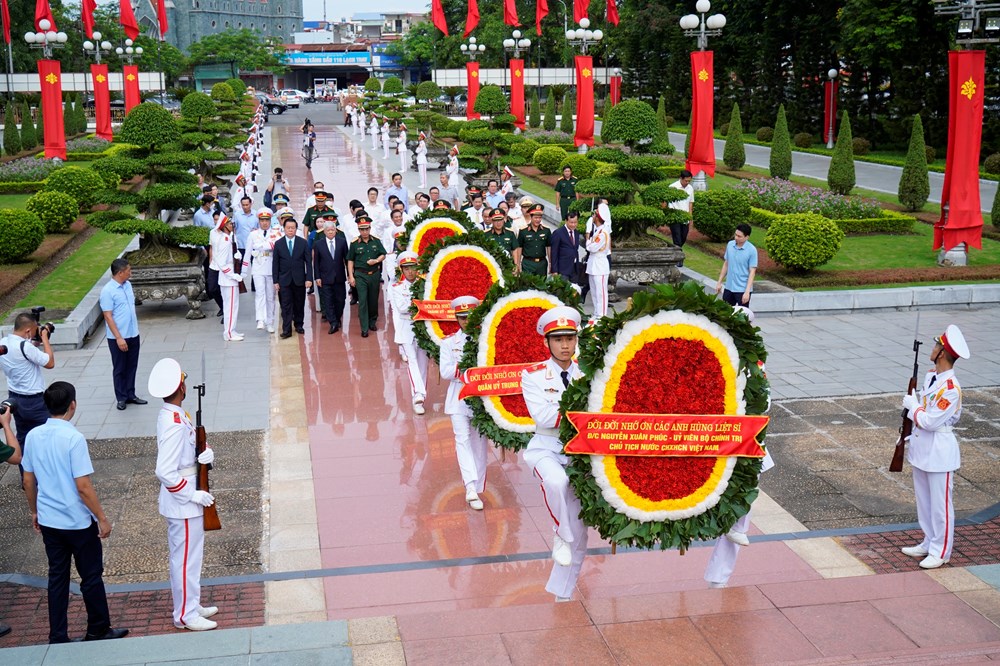 On the morning of July 20, on the occasion of 75th Anniversary of Invalids and Martyrs’ Day, Mr. Nguyen Xuan Phuc, member of the Politburo, State President, and delegates of the Central Government went to offering incense and laid wreaths in memory of heroic martyrs at the City’s Heroes and Martyrs Commemorating Monument. 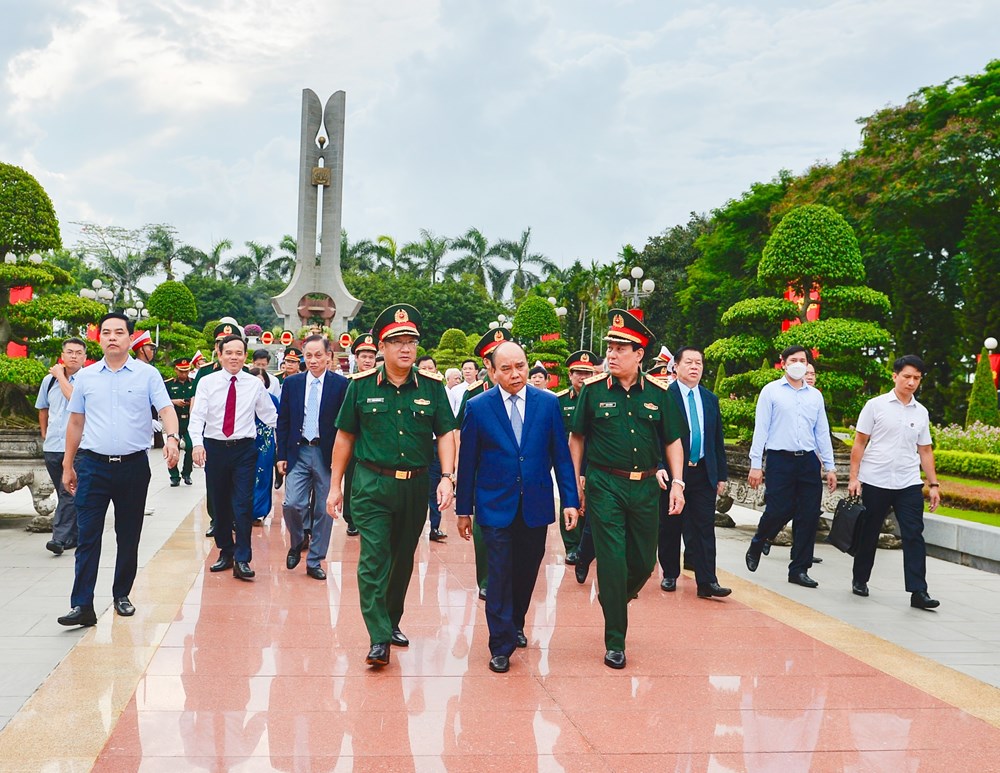 The ceremony was attended by leaders of central and local leaders. As for the central units, there were General Phan Van Giang, member of the Politburo, Vice Secretary of the Central Military Commission, Minister of Defense; General Luong Cuong, member of the Politburo, member of Standing Affairs Bureau of the Central Military Commission, Director of the General Department of Politics of the Vietnam People’s Army.

The delegates laid wreaths, offering incense and expressing their deep gratitude to merits of heroes and martyrs, who had fought and sacrificed for the Party’s revolution, the Fatherland’s independence, freedom. The central and local leaders made commitment to upholding the precedent generations' heroic tradition; fostering solidarity to develop the country./.