The 16th National Press Awards 2021 were presented at a ceremony in Hanoi on June 21, the Vietnam Revolutionary Press Day. 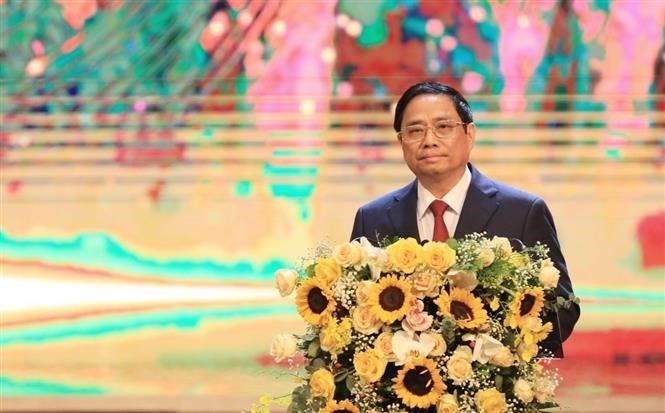 Prime Minister Pham Minh Chinh speaks at the award ceremony. (Photo: VNA)
Hanoi (VNA) – The 16th National Press Awards 2021 were presented at a ceremony in Hanoi on June 21, the Vietnam Revolutionary Press Day.
In his remarks at the ceremony, Prime Minister Pham Minh Chinh highlighted the growth of Vietnam’s revolutionary press over the past 97 years, contributing greatly to the struggle for national independence and the cause of national construction and defence.
He highlighted that the country currently has more than 800 press agencies and over 22,000 members of the Vietnam Journalists Association.
The Government leader congratulated 115 authors and groups of authors who have won prizes in the 16th National Press Awards, stressing that the awards honour and express thanks to journalists who have made important contributions to the country’s success in 2021, a year with unprecedented difficulties and challenges due to the COVID-19 pandemic.
“The press have built trust and helped consolidate the great solidarity, consensus and support of the people and businesses for the Party and State’s sound policies on a vaccine strategy and COVID-19 prevention and control programme, enabling Vietnam to become one of the few countries leading the world in the vaccination rate,” PM Chinh said.
He also applauded the press for spreading kindness and joint efforts of organisations, individuals and enterprises to ensure social welfare during the time of the pandemic, and encouraging and honouring the work and sacrifice of frontline forces in the fight against the pandemic.
The PM said the tasks of national development put many requirements for the press. First of all, the press should be a sharp weapon to protect the ideological foundation of the Party, and the interests of the country and the nation, he said.
Besides, the press should continue to provide the public with accurate, timely, honest and transparent information, reflect and seek solutions to current issues, and detect and honour good examples to strengthen the public’s trust in the Party and State’s guidelines and policies, PM Chinh said. 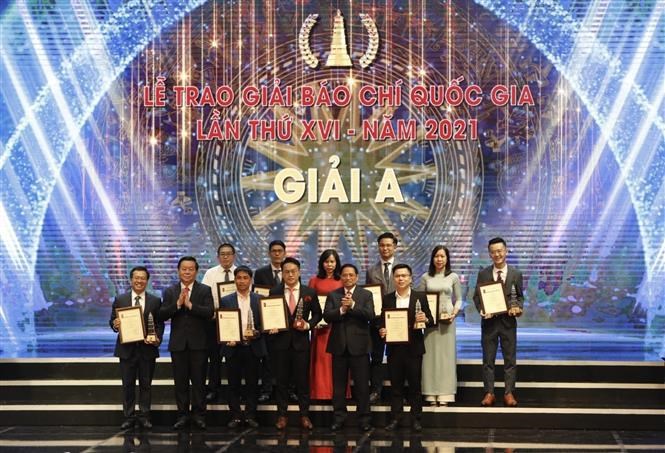